Here's a little info about the band...

Blue Shoes: Post-Punk Power Pop Pioneers
There’s no denying Blue Shoes’ irresistible pop hooks and commercial sensibilities. Their records received heavy regional airplay and the vinyl flew off the shelves faster than some of the topo, início acts of the day, including Fleetwood Mac and Led Zeppelin.
Their quirky stage persona, led por their androgynous vocalist, Peggy “Murph” Murphy, packed clubes and landed them on show, concerto stages with such acts as The Talking Heads. The Best of Blue Shoes
chronicles this amazing band’s success.
16
David Boreanaz and Emily Deschanel Dont GET ALONG!!!
posted by Chlarkfan

The actor, who plays F.B.I. Special Agent Seeley Booth on the crime drama, revealed that Emily (Temperance Brennan) is sometimes too outspoken for his liking.

“We drive each other crazy and tell each other so. There are days when we show up and don’t get on too well, but we use it in the scenes,” Boreanaz told Metro.

Asked why they sometimes annoy each other, David explained: “I’m constantly poking her shoulder and getting under her skin. I think it’s part of my job. She’s very opinionated. I could be talking to a director or producer and she’ll put her two cents in. It’s annoying and I’ve told her about it, but she keeps on doing it.”

15
Why did they take zack off the show?
posted by mroxcanada
If you are one major bones fan, I hope you can agree with me on this.Everybody loves Dr.B's assistant,Zack,so why did the producers take him off the show? I think it was a REALLY bad idea because everybody loves Zack (I hope). Why couldn't they take somebody else to leave the show? Like sweets ( Sorry if I am offending sweets fans)He could've been Gormagons assistant. But it was pretty suprising to find out Zack was Gormagons assistant,right. If you really like this articale, I hope you respond positively to it, THANKS!!! 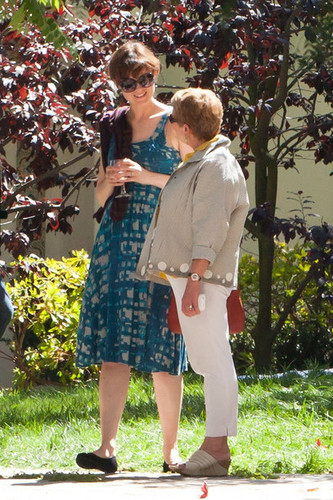 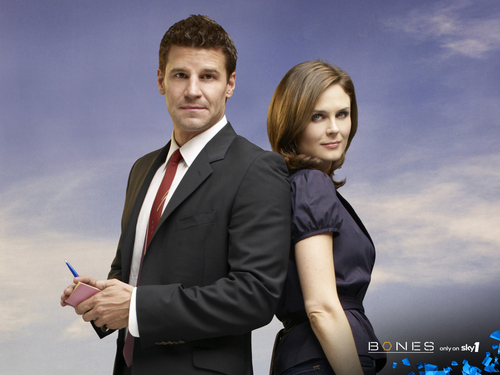 I just thought I would put together some sites where you can watch and/or download the latest bones episodes. If you don't live in the US then it is hard to find decent vídeos right after bones has aired. And if you are like me you can't possibly wait another day! Especially after having waited three weeks like the last time round.

To Download:...
continue reading...
22
Scene from Season One
posted by girly_girl

Just though I'd add this part of the dialogue from one of my fave episodes in Season One,
" A man on death row".

(Booth and bones are sitting at a mesa, tabela in the FBI offices and Booth is filling out a form)

Bones - You know my name?

Booth - Bones, you're making an offical request to the FBI to be allowed to carry a concealed weapon. I have to follow protocol.

Bones - Its ridiculous. (Mutters to self)

Booth - Fine. We're done. You wanna get some coffee?( Booth pushes the application sheet away from him.)

Brennan: Tell me you tried "excuse me" first.
Angela: Ah, Sweetie. Yes, I did. Welcome home. Are you exhausted? Was Guatemala awful? Was it horribly backward?
Brennan: And yet, I was never reduced to flashing my boobs for information.

Angela: You know, diving head first in a pit of cadavers is no way to handle a messy breakup.
Brennan: Angela, nothing Pete and I ever did was messy.
Angela: [laughs] Then you weren't doing the right things.

Brennan: Look, I am sorry if I embarrassed you in front of your friends, but seguinte time you should identify yourself before attacking me. 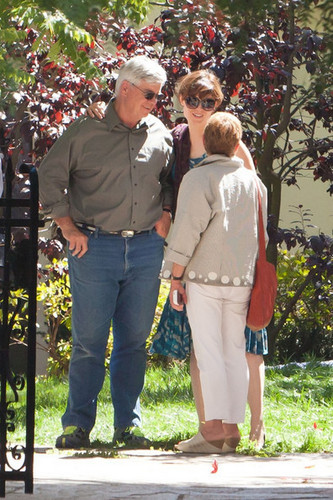 2
Emily Deschanel and David Hornsby at Their Wedding Reception
added by Bones_Obsessor
Source: Bauer Griffin / Zimbio.com
You Might Also Like... 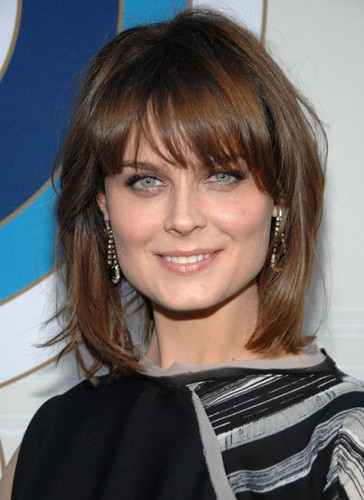 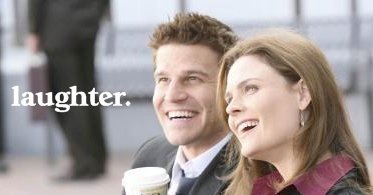 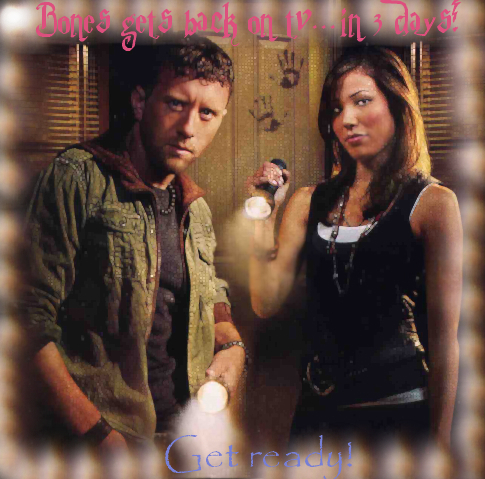 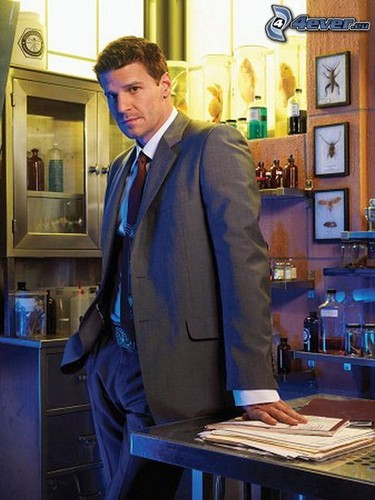 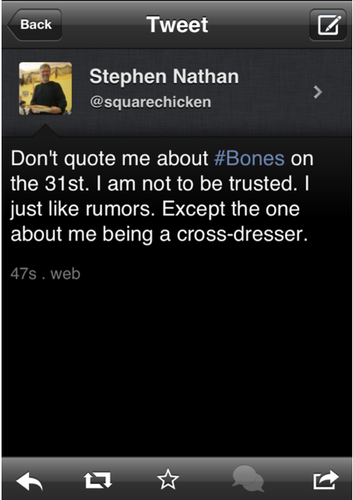 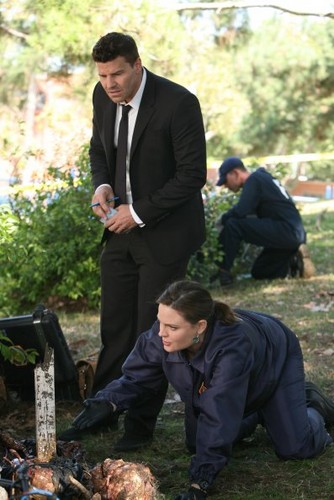 3
Episode 7.05 - The Twist in the Twister - Promotional fotografias
added by D_J267
Source: FOX/SpoilerTV 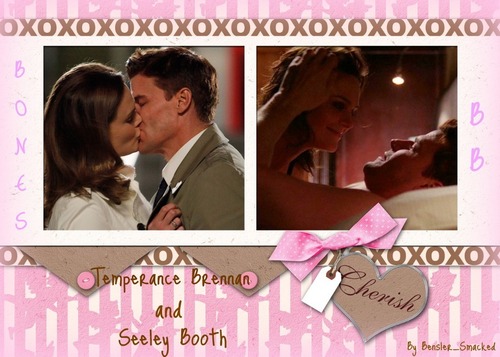 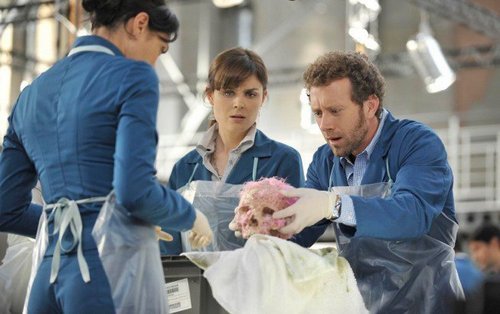