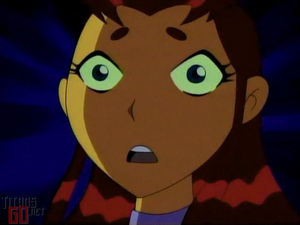 What is up guys?! I never promised anything!
I woke up and headed to the Dinning room in Batmans house I was surprised to see breckfeast already there and it had my name and a note i read the note and it said:

After you eat brekfeast come meet me at MT.Justice
I have a surprise for you.

Now im a little scrared! "STOP IT!!!!!!!!!!!!"I roared.
What`s up with you guys I never promised anything the only warning I got was from Robin that he had a surprise for me.
Why don`t we go all together and do what I supposudley promised huh?Now quit arguing and lets go.
Since Artemis came first Archery,thenSpeed contest,cooking,combat practice after that Robin and I have something todo okay?

Okay,Now when you`re holding the bow never lose concentration and always carry enogh arrows and an extra bow for if the bad guy snaps you`res in half.
After 2 hours of Archery came the speed contest sigh.
Okay,Speed eating and Speed swiming.
Hold on M`gann and I will cook the comida and you get everything ready okay?
Lets cook 20 maçã, apple pies for me and 20 for Wally okay.
After 1 hora of making pies the contest started,
Hahaha!!! laughed Artemis when I beat Wally.
Lets skip the swiming im done.

Okay combat practice,Superboy.
Okay first remember the TCWPA.
"Whats that?"Said Superboy wwith a confused expresion.
Its
Target=Pay attention to his movements
Control=Never let them tick you off
Weakness=Find it and use it aganst them
Plan=plan you`re attck with combo moves
Attack=Leave the battle on you`re terms

Got it Superboy?
"Yeah Thanks!"Said Superboy.wow I never tought i`d see the dia he actually thanked me and smiled.
Okay we`re done.Let`s go Robin
"First change into this i`ll wait for you outside okay?"Said Robin with a Huge smile.

I opened the box and it was a beutifull rosa, -de-rosa dress with white gloves and rosa, -de-rosa heels!
After I put the dress on I went outside to find Robin in a Tux and a limo,Okay I asked What`s up?
We`re going someplace special don`t worry I got in the limo and we went to a barco It looked like a dance.
The moon was right behind me and it looked rosa, -de-rosa he gave me a coursage I turned my face so that he would`nt see me blush.
We went to the barco it was beautyfull and we ordered and ate then they started playing romantic songs.
Robin standed up and said streching out his arm:Can i have this dance?
I replied:Yes you may
We danced to our hearts content it was midnight and we headed início after that I took a long bath what a dia when I went to my cama there was a little box with a DIAMOND RING!
It had an engraving To the Girl of my life and Dreams:FireBlaster.
I also left him a present. 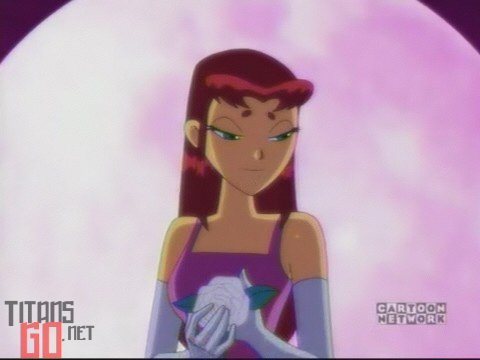 The moon was pink and he gave me a coursage I turned my face blushing.
Denelys He had a huge surprise good thing she left it for last.
Skittles98 i know eh!!!
Denelys they`re so cute together. next couple wally n artemis and superboy n m`gann
FireBlaster Ep 6 "Moving"
posted by Denelys
The alarm clock rang,I looked for my suit and took my bag filled with presents.I flew over to MT.Justice with a huge smile.

"HAPPY BLORTHOG!!,Huh? whats wrong guys?"I said,
"Aletter came in the mail here for you but we opened it,sorry"Said M`gann
"Okay,wheres the lettter then?"I said.
"Here read it."Said Wally with his voice breaking.
"FireBlaster im so sorry".Adedd Robin,
As I read tears fell from my eyes as they turned dark blue with my hair,when I fineshed the letter, I had a breakdown I put my hands on head and fell curling in a ball screeming:Kumenazai,Kumenazai,Kumenazai!!!.And Blacked out....
continue reading...
New and Improved powers pt 2: Roy's B-day
posted by ecoelo
Packed house. Cake. Music. It only means one thing.
BIRTHDAY PARTY!!!

We'll if you had the JL there. It was a pretty silent night at GA's house with only one adult and 8 teenagers. Wally was stuffing his mouth with hand fulls of cake while Artemis joined the other girls dancing to the music. Kaldur and Conner played a video game with the birthday boy as lobo watched. There's one person missing in this picture.
Robin.
He burst in the room a flashlight in his hand.
"There's something weird outside. You gotta see" everyone froze glancing at each other.
"Okay Robbie too scared to check it out yourself?"...
continue reading... 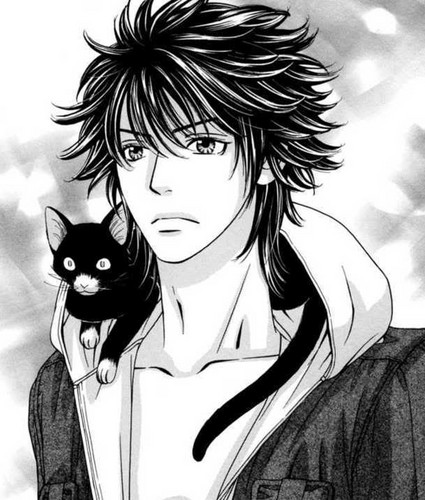 Fang and Indigo
added by EclipseYJ 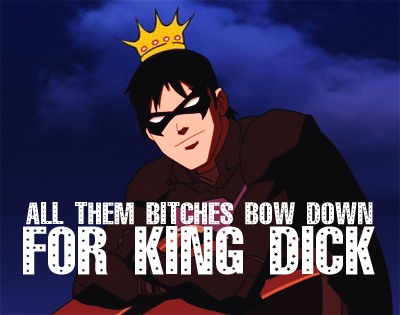 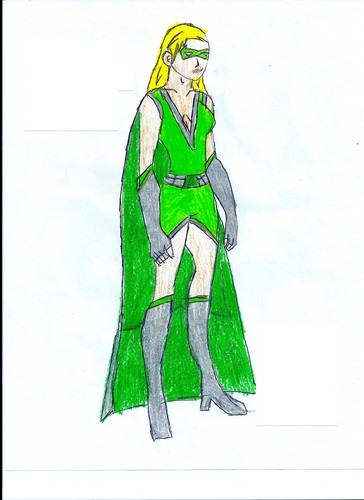 Which esmeralda (Holly Green) do you like better?
added by 66Dragons 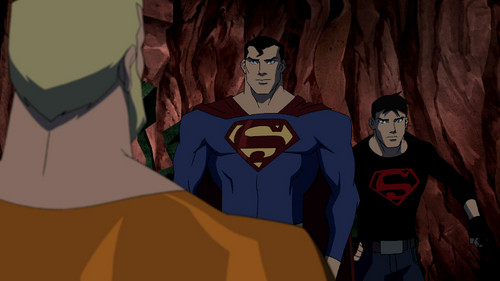 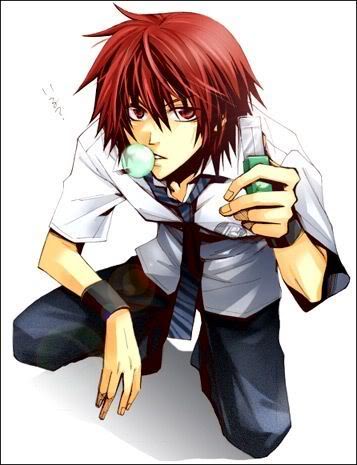 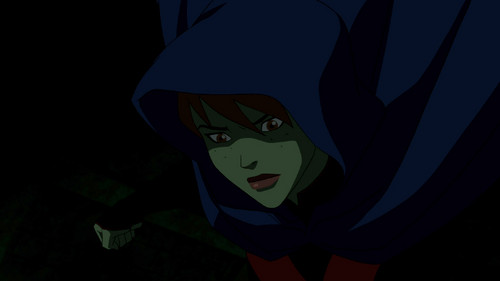 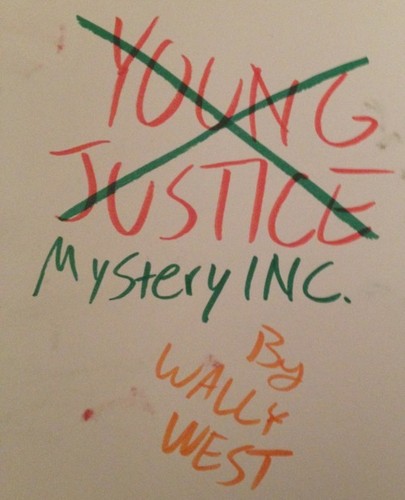 the wolf
Okay so for story purposes, I changed ages. So Dick, Becca, and Zatanna are around sixteen maybe seventeen. Artemis is eighteen and Kendra is about fifteen/sixteen. And it's only Zatanna, Dick, and Artemis from the show.

Dick Grayson walked down the road towards home. The streetlamps lit his way while the wind blew to it's merry tune. The sun had set hours before and the moon had risen to a perfect crescendo. He looked at his watch and then away. Eleven at night was early for him. But he had wanted to leave the party earlier than that. He usually stayed out later, not having any family to go...
continue reading...
The Midnight Sun Chapter 12 Restart
posted by Denelys
"You will be a hero you will live again life will be reborn only you will remember to undo your death and start all over again.you will be reborn as you but with new powers."

Ugh where am I?I looked around I was início in my bed.
"Onee-chan?your início where else would you be?"
Dusk!!Its really you!!!I missed you!!!
"Onee-chan did you have a bad dream or something?"
Huh?no Dusk I just wanted to hug you.
"Well come on hiru-gohan is served!"
Ohio!Mom and Dad.Mom was eating and dad was leitura a newspaper Whats going on?they`re supposed to be dead im suppossed to be dead!
"Onee-chan?are`nt you hungry?"
No...
continue reading...
Night Runner Chapter 9
posted by Skittles98
”It will be a fight to the death. Who will win? Who will die? Place your bets!” Roulette announced. Black Canary and Huntress stood on either side of us. I stood back to back with Green Arrow.
“So, which one of us takes Huntress and who takes Canary?” he asked
“Neither” I said. I made a ball of light around Black Canary and then shoved Huntress in. I brought it closer.
“Canary! It’s me, Night!” I said. She screamed her supersonic scream. I lost concentration and fell to my knees. The bubble faded. Huntress brought out her crossbow and shot at us.
“Now, we may need to fight...
continue reading...
Looking for the Future, Part Two
posted by Candy77019

"The birthday girl!"
I flew into the familiar greenish mountain and found my teammates in the Mission Room, along with batman and Red Tornado.
"The birthday girl!" Robin greeted as I came up beside him.
batman looked at the computer screen. "The daughter of wealthy company owner, Jack Nelson, is the seguinte target for the League of Shadows. We have word that they are sending an assassin after her." He looked firm. "In the seguinte few hours, the team is to watch her every step, just in case. Can you handle that?"
Superboy scoffed. "With my powers, I can handle anything."
Megan gave him a stern look before answering. "We...
continue reading...

2
Young Animal Justice
added by Skittles98
The Midnight Sun Chapter 9
posted by Denelys
"The Joker escaped from Arkaham Asylum and is somewhere in the Gotham vicinity,The league has another mission so we are giving you a Legue mission.Once captured the Joker denunciar back Do not mess around or Gotham is going to suffer the consequences of your actions and that goes specificly for you Kid Flash."
The batman had his backs to us as he de-briefed.
"Im not that reckless!am I?"Wally said with a mouthfull of Doritos.
You are not Wally,but you have to focus mais on the mission and less on being the best and goofing off.
"Thanks"
No prob.I was the only one out of uniform,Something is wrong I...
continue reading...