1
A Royal Duty 2
posted by XxKFforeverXx

Aysel
soooooo this is gonna be longer than I thought @-@


Fletcher moved quickly throughout the streets, heels clicking while the girl behind him almost struggled to match his pace. “Fletch!” She reached and grabbed his camisa sleeve, yanking him back. “Calm down for gods sake. I know your pissed but-" she stopped as the brunette nearly tripped over a pair of polished navy boots. Fletcher slowly rose to his feet, his gaze immediately locking onto the forest green pants that neatly tucked into the knee-high boots. His eyes flickered to the left, immediately pausing at ombré chiffon skirt. He kneeled when he felt Madeline push at his shoulder, not having to segundo guess at who had managed to trip over. "You can get up, Fletcher." The girl said and held out a pale hand. A silver ring rested on her middle finger, the navy point luva covering her arm to her elbow. He took her hand and stood, smiling slightly at the elven girl. Her silky white hair was braided back into two french braids, a silver circlet gently resting on her head with an esmeralda resting in the center of her forehead. "Princess Aysel, it's an honor." He gently kissed her hand as his eyes flickered over to the male standing beside her. His hair matched the girl's, their eyes a deep shade of amethyst. He shifted to one side, his black luva resting on his hip. The dark green casaco of his uniform was pushed back por his stature, an annoyed look on the guard's face. "Eldrin" he hissed out and took a step back from the two elves. Aysel smiled sweetly, her hand coming out to rest on Eldrin's shoulder. "Ignore him, Fletcher, he's mad that he's on babysitting duty today." She winked and then smiled at Madeline who stood a few feet back. "I presume you're here for Quincy's.." she paused to look for the word. "Picking of the brides? Your sister is one them, correct?" She asked, earning a nod from the two elves. "Full moon soon, right? Moonshadow elves grow mais powerful under them, and you can nearly turn invisible when the moon is strongest?" Fletcher rose an eyebrow, smirking as Eldrin gave him an annoyed look. "Correct, no harm in display our abilities when they're strongest right?" She smiled and titled her head at the question. "Where are you two going in such a hurry?" Eldrin pressed, his arms now crossed. "To speak with my mother about certain matters." Fletcher replied with a blank face, a hand coming to rest on his hip. "You found your brother's son, didn't you?" Aysel asked, a blank expression on her face compared to Fletcher's surprised face. "You didn't know.. you didn't know they've been tracking you for months?" She looked between the two, her expression becoming mais concerned. Fletcher turned and took off in a full sprint, Madeline easily following once she ditched the heeled shoes she had been in earlier that day. "Fletcher, wait!" Aysel shouted and took off after the two, hardly hearing the guard shout behind her. The brunette skidded to a stop at the docks, pushing through the crowd that had since gathered at the dock. The crowd dispersed as Aysel stepped onto the dock, eyes locked onto the elf princess. She nodded towards Fletcher who managed to slip through the crowd. His movements instantly halting as his gaze locked with esmeralda green eyes. He stared at Shane's bruised cheek before his eyes flickered at the bright red blood that trickled down from his forehead down to drip off his chin. "You bastard." Shane grumbled, pulling at the guards that held him, grunting as he took a rough jab to the side. "You sold me out, to save your own ass?" Shane grit his teeth as he fought back tears, stumbling as he was roughly pulled to his feet. "I didn't-" Fletcher followed after him, walking backwards to keep up with the male. "I-" He stopped when Shane turned his head, the blonde's jaw locked tight enough Fletcher was sure it would've snapped any second. "I'll fix this, Shane!" He called out, stopping just of the elves, his brow furrowed in thought. Aysel turned back to face the brunette. "Why are you so concerned with this, princess? Elven kingdom isn't intense enough for you?" Fletcher pressed as his eye twitched from the elf's lack of expression. "I want to help you, Fletcher. To see that the color of your blood doesn't determine your rank or class." Aysel straightened her shoulders, the girl's chin tilting upwards. "I think your King would find it a hinderance if his son weren't to marry a high elf due to such a ridiculous, yet pressing matter in Runeterra." Fletcher chuckled at her proposition. "Very well, Aysel, you have my attention." He started to walk, a determined look beginning to settle on his face. "We both know they'll kill him for your brother's actions right?" She turned to look around as the crowd began to disperse. Fletcher turned to face her, his hands clenched into tight fists. "I won't let them get that far.")

Eldrin
SilverWings13 likes this
killer24 The plot thickens, gotta love those sneaky elves!
SilverWings13 Wait?? Shane is Fletcher’s nephew?? :O DON’T WORRY, SHANE. FEY WILL SAVE YOU!!! Eeeeeeelveeeees!!! <3
XxKFforeverXx She may be a sneaky elf, but she has the sweetest soul ALSO YES, and believe me it’s going to get more and more intense ^-^ He’s banking on that bc he’s real mad at Fletcher
killer24 The sweetest soul? Oh poor her, those don't last long on this club, the poor sneaky elf has a lot to learn. Good luck to her, and good luck to you for writing.
H'Arel-Mi
posted by MafiaYJ

Yo- due to the new upcoming season of Young Justice, i realized most of my current OCs no longer fit well into the show etc because the RPs and the like have moved them away from the fonte material and are now mais like truly original characters, rather than fã made original characters. Therefore I created a new OC that fits the timeline better maybe? I'm still checking to see where she fits best. Anyway- here we go. 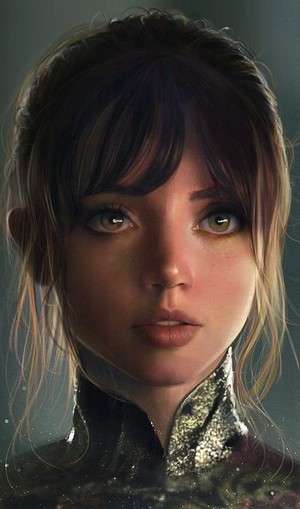 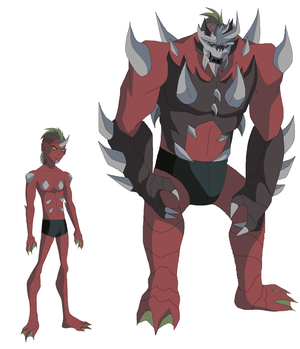 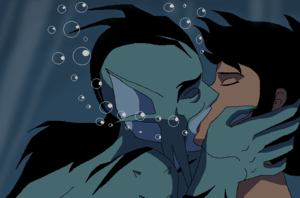 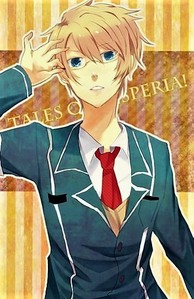 Smart Alex!
(So I haven't been on in quite awhile, I'm going to change that, I need an escape from Uni... Expect stories, Rps and general mischief!
I thought the best comeback would be to re-introduce my little bastards, everyone seems to be trying this format so.... Enjoy!)

LAYER ONE : THE OUTSIDE
Name: Knight, Alex Knight.
Reason or meaning of name: Sweet, short, rolls of the tongue ladies amor it! (Oh boy, here we go.)
Eye Colour: Blue, I think? I can't really look myself. (Use a mirror, don't go cross-eyed!)
Hair Style/Colour: Blond and short but a tad messy, I call it styled. (Bedhead.)
Height: 6.2" / 189cm...
continue reading... 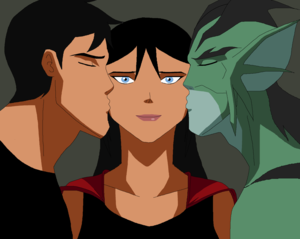 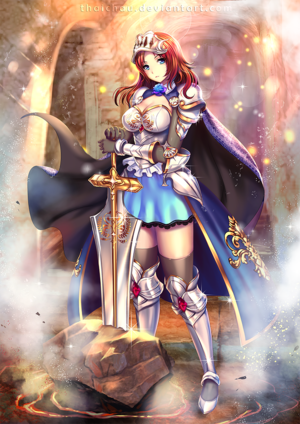 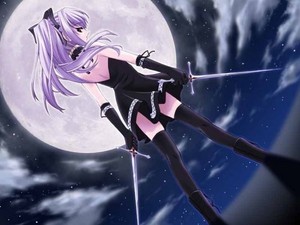 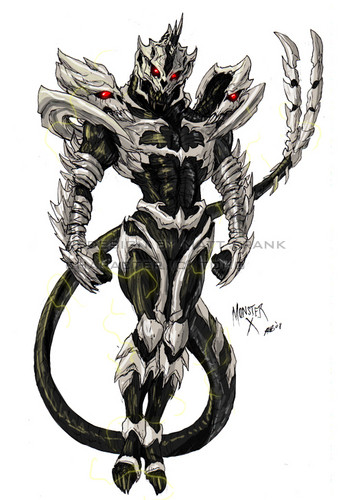 Monster Forms
added by Robin_Love
Source: Not mine 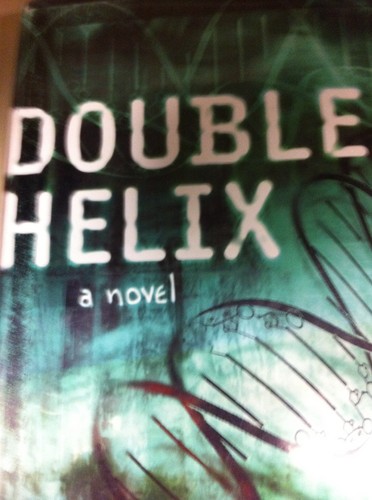 powers: he has the power to see someones actions and copy their moves exactly the same. (( but he cant copy superpowers unfortunatley))

skills: he has skills in fighting and outsmarting his eneimes with his big mouth.


appearance: dark brown hair but can be different shade of brown depending on lighting and has brown eyes that can fade to green at times or blue.


Personality: he is very friendly to people around him and is often very funny and a practical jokester when he wants to be and makes funny faces or funny noises to get people to smile.

others: his eyes change color to the person hes copying. and he has a cute laugh

SPECIAL Sneak visualização to Ravage Part II
posted by Rose_Walker
(WARNING: If you possess a brain you might be able to figure something out here.)

"Revenge was right." Nightwing said, looking up from the computer screen. "They were sophisticated robot-fleshlings."

Revenge, with his recently repaired costume, looked at the diagram. "Exactly what I thought." he said.

Before Nightwing could inquire what the Black Hero meant, the zeta-tube warmed up.

azevinho, holly looked around, noting that the entire team was there.

Wally stumbled out of the zeta-tube at super-speed and fell down in front of Nightwing. 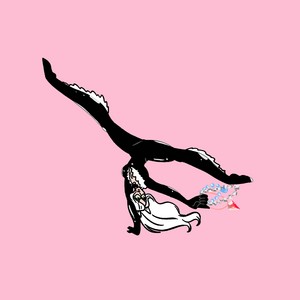 Catch Me If You Can
added by MafiaYJ
Source: Me 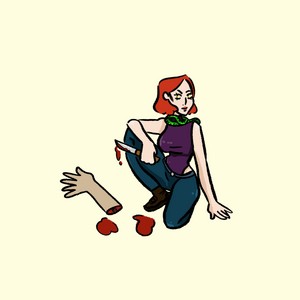 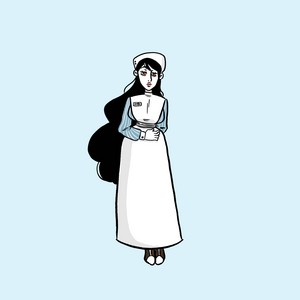 To finish off my big 3 as i called them: 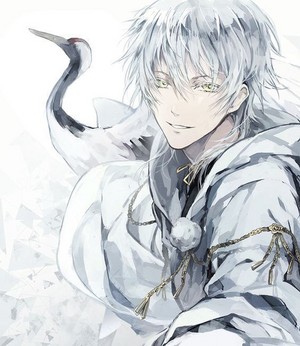