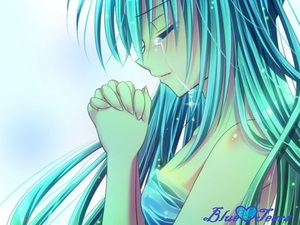 I'm so stupid why in the hell did I when into that damn building. My sorry Jaivus. This is all my fault.
Back in the Infirmary
"Here drink this." Devin said, handing Ashley a small glass at which the blue haired collected it.
"Your sister said you need a lot of water if you wanna get back to your full strength." Devin told her, with a smile
"Why aren't you healing Jaivus?" Ashley asked, bluntly.
"Well I do have an explanation for that. You see Ashley when you two were brought Jaivus flat lined your sister and i were focus on getting his coração beating again. When we manage to do that we decided to start healing his burns," She paused, "but then his lungs started to collapsed so we had to focus on that. In the end we only manage to do that but don't get to heal the burns. It took a lot out of me and your sister to get a coração and a pair of lungs running again. We got to remove some of the burnt flesh then placed him in the chamber we'll begin again very soon." She finished her explanation.
"How soon?" Ashley asked
"Now." Kaya said walking up the the bed, "I'm ready." She told Devin
"OK then I guess we should get started." Devin replied. The angel and the princess both approached the chamber both ready to begin. The started healing as Ashley watched.

As time passed Ashley grew anxious and found herself heading outside the cave. She came among the trees that were a few distances away from the beach. She sat near a árvore facing the sea she looked out at the ocean the moon's bright light sparkled like diamonds on the water. The waves mover like soft melodies, the autumn sea breeze flow through her hair with a trickling sensation. Ashley inhale the cool air then hugged her knees placing her chin on then. All of a sudden a stream of tear gushed out of her eyes she didn't try to stop it. She sobbed and kept repeating in her head ' I'm so stupid why in the hell did I go into that damn building. I'm sorry Jaivus. This is all my fault.'
"Ashley." A concerned voice said from behind. Ashley quickly wiped away the tears turning to the voice. To her surprise it was Jaivus looking at her with a worried expression. "Are you ok?" he asked, walking up to her. She nodded as tears flow down her cheek,
"I'm sorry i was being stupid..." Ashley said and continued to repeat the same thing to him. Jaivus tried to tell her that he understood but she didn't stop apologizing. He sighed and out of the blue found himself grabbing the back of her head and pressing his lips on hers. Ashley eyes widen but she slowly closed them melting into the kiss.

"Now there's something you see everyday." A Female voice said from behind them. They parted turning to Kaya. "I don't want an explanation just go back to the infirmary to rest. Before one of you collapse ." She told them then turned and walked away. 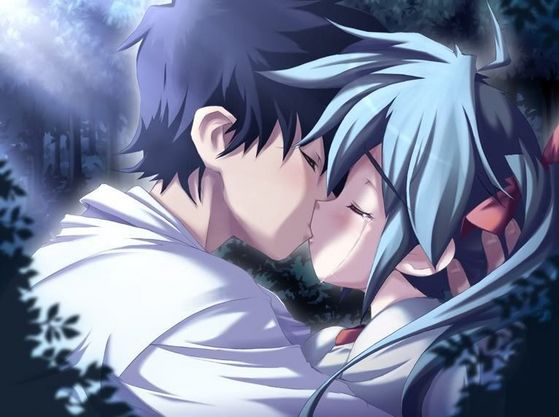 BladeYJ likes this
GlitterPuff AWWWWWWWWWWWWWWWWWWWWWWWWWW THAT'S SO CUTEEEEEEEEEE!!!!!!!
Kurls_Basd glad you enjoyed it...........
BladeYJ ((jUST WENT THROUGH... read all four parts.. DAYUM THAT WAS GOOD>> THIS WAS GOOD OMG GOOD JOB <333))
Kurls_Basd YAY glab you liked it
2
Charmed.
posted by -BelovedRobin
Before a single word escape his mouth, he already knew the whole speech like the back of his hand. With ease, batman clinked the mug onto the counter beside the keyboard and turn to face the distress bird.

Batman rose his palm, and like that, Nightwing shut his mouth. Unlike his former student, batman can recite an entire novel with a single stroke of a button. Instantly, light provoke the darkness. Waking the emptiness with a tug, then tossing towards the background for the undying lust for ground.

"Phantom corps. Is that who they are?" Nightwing relaxed his brow, and tossed a hip...
continue reading...
1
Expectations RePub Part 3: Mount Justice, 12:01 pm
posted by AislingYJ
"WHAT???!"
Fin's face was filled with an expression of such pure wrath and fury that I was scared she was going to strangle batman on the spot. "He's GONE?"
Without warning, her hands ignited in a burning flame. I had learned por now that the fogo didn't harm her and wouldn't harm us, either, but it was still startling.
"How's he missing? How? Why?" Wally sputtered, his voice echoeing everyone's feelings. "Right then," said Megan, who somehow had remained calm amidst the chaos that had ensued. "To the bioship?"
They all started to go towards the hangar. I began to sink back down on the couch, knowing...
continue reading...
A Sapphire's Story Chapter 3
posted by Skittles98
“So, Alfred said you wanted to show me some things?” I said
“Yes. First, some questions. How did you get into the cave?” Dad asked
“I followed a boy in a knee length cape in through a telephone booth” I explained
“Yes, but only Justice League and Young Justice Members are allowed in” Dad pointed out.
“Maybe it thought I was a kid version of mom” I shrugged
“Okay, segundo question, do you have any powers aside from flight?” he asked
“I’m super strong. Also, if I were to take off my luva and touch any of you right now, not only would I gain all your powers, but you would...
continue reading...
A Sapphire's Story Chapter 2
posted by Skittles98
The boy sat on the large, fancy chair.
“Dick, this is my and Diana’s daughter, Evelyn Veronica Isabelle Lang” he explained
“Your…daughter?” the boy asked
“Yes. We lost her in a storm six years before you were here” Dad said
“This is totally whelming. Why would you keep this secret from me, Bruce?” the boy demanded
“Dick, now isn’t the time. I’m making it your job to show her around the mansion, find a room for her and tell her who you are” Dad ordered
“Fine, but don’t think that we’re done talking about this” he nodded.
“I’m Dick Grayson. I’ll be your tour...
continue reading...
The Broken wing Birds Agreement
posted by Kurls_Basd
((this takes places after the incident with Honesty in: The Power of the hexágono series."))
He fell to the floor eyes tightly shut as his back stunk from the impact of the fall. Nate, the purple eye and purple haired boy, sat up clenching his teeth from vexation as the combat panel painted in deep red the fail writing. It was the third time he was staring at that writing, but what arguer him the most was the one that made him face the letters.

He looked up seeing the most, in his opinion, disgusting creature with his death-black hair and blooded-red eyes extending his hand to put him from the...
continue reading... 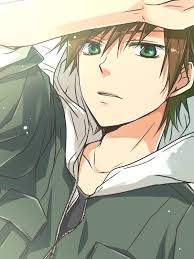 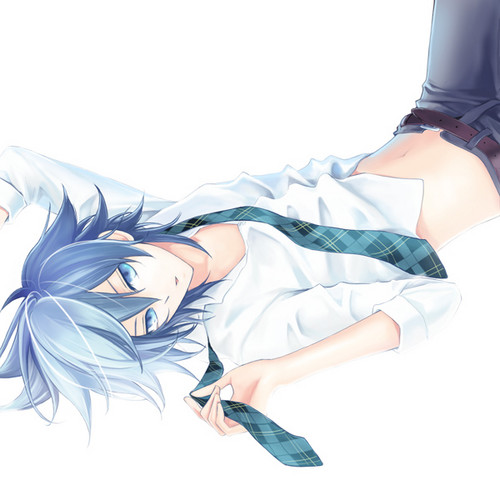 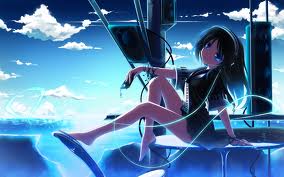 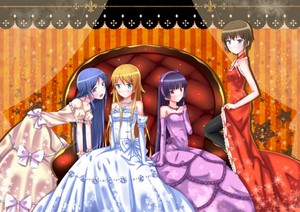 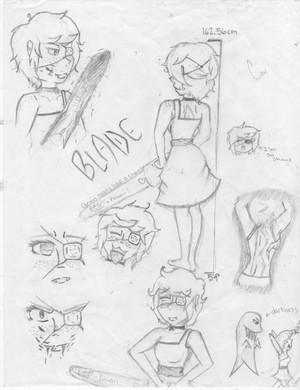 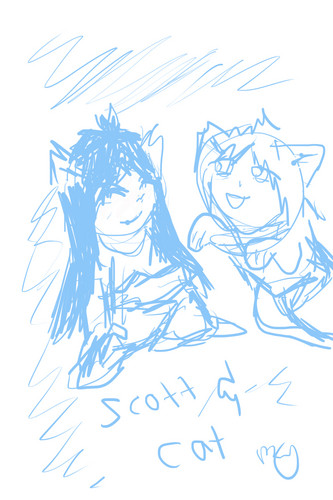 TAKE MY TABLET AWAY FROM ME!
added by AislingYJ
Source: meeeeeeeeee 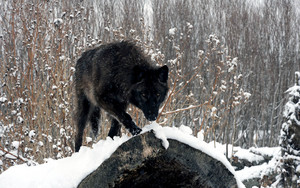 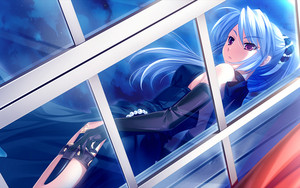 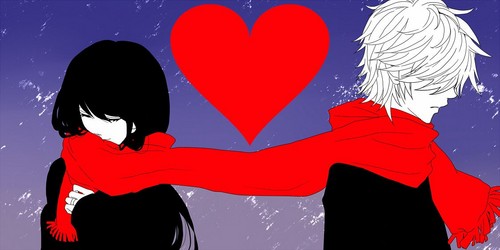 Ariel 5 years in the future
added by Eclipse-YJ 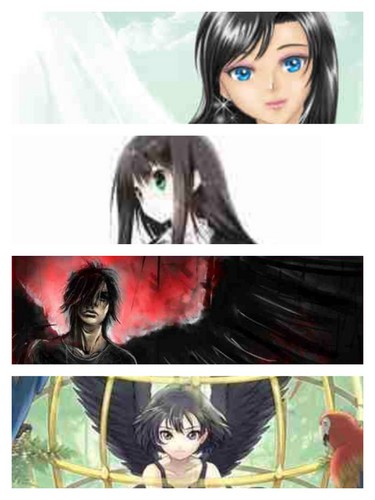 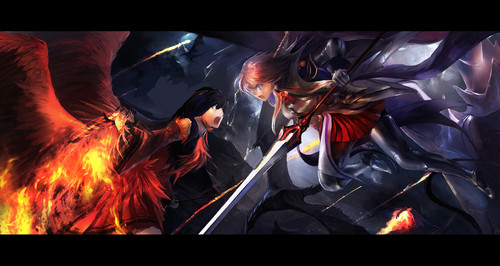 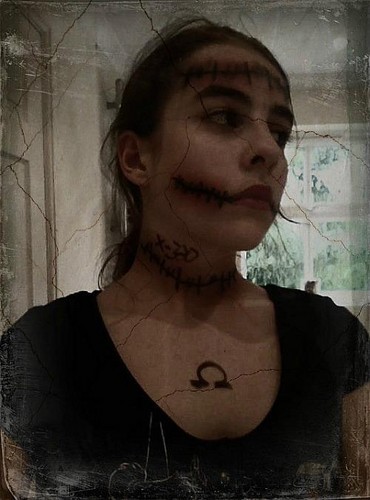 One finally artical spoiler (only some people will understand this)
added by EclipseYJ
Source: Me! and muzy.com
Confessions of a Murder Suspect 2
posted by XxKFforeverXx
Could you, dear reader imagine the words you would use, to tell your family that your parents were dead, murdered? I hope you can, because I'm not able to share those wretched words with you right now. Can you be patient with me? I'll promise it'll be worth the wait.
After I had accomplished that horrible task -perhaps the worst task of my whole life- I tried to focus my fractured attention back to Sergeant Caputo. He was a rough looking man, like a bad cop in film from the forties. Caputo looked about to be around thirty years old. He had one continuing eyebrow, a furry ledge of...
continue reading...
More Cards
1234567891011