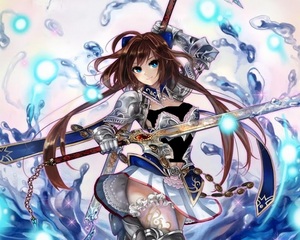 Atarah in costume (Econtra)
Name: Atarah and Dawn
Alias: Econtra and Contra
Occupation: Atarah is a hero, Dawn is mais of a villain
Powers: Atarah has the ability to see auras and make weapons into harmless items; Dawn can implant seeds of different emotions. Though she can't actually change them, Dawn can nudge people to think or a feel a little differently. Both are excellent at swords play and agility.
History: Atarah and Dawn are the same person. Dawn is Atarah's other personality. Atarah has a personality disorder, but as Dawn, her hair also changes color due to her being able to read and manipulate auras. Atarah was put into a mental hospital when she was young and grew up there, despite not being able to control her disorder. She has no clue what triggers her changes or even if she can control them. She was recently taken out of the hospital and became an honorary member of the team so that batman could keep an eye on her. She mostly takes care of things inside the base, going on single missions batman or one of the other JLA puts her on. As Dawn, she works with no one and does as she pleases. Dawn is mais of a mercenary than an actual villain.
Notes: Atarah is Latin for crown. She doesn't remember her actual family, but she sometimes can see imagens of what she thinks her family. Dawn claims to have no family. She instead thinks up dramatic stories to tell that will have people sympathizing. Atarah and Dawn act mais like two contained spirit's, but they are only one. Atarah isn't soft-spoken, but she doesn't say much about herself in case people get too close. Dawn is flirty and dangerous, living on the thin wire of good and evil. 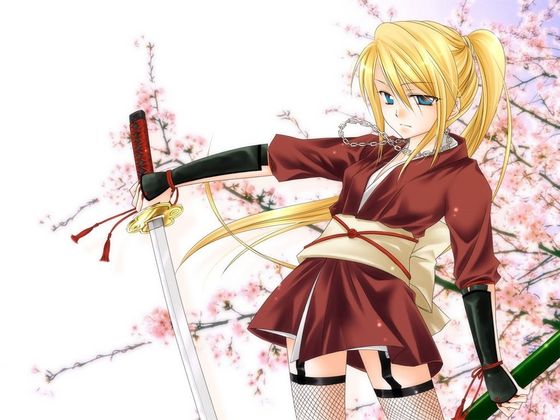 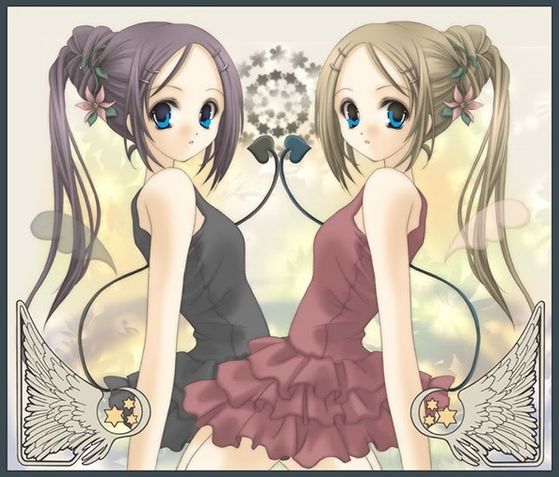 It was December break, and snow was everywhere. The park was covered in a thick sheet of fluffy porcelain. It looked like a fairy tale, especially with the large castle-like igloos. The streets, however, were a different story. The cars drove through the slushy snow and the porcelana turned a nasty grayish color, the pollution discoloring it. The two kids preferred the fairy tale.

They played around in the snow, throwing snowballs and making snow angels.

They eventually overtook one of the igloos, and hid inside for quite some time; hiding from their parents. They sat at the very...
continue reading...
Epic Battle Chapter One
posted by khanna266
"*Panting loudly*Oh..Oww!Did we lose him?"Khanna had just got attacked por Matrix badly her and a couple of others had just started a huge battle.""Yeah,here let me heal you.'Ari knelt down to heal the gush of blood on her torso.
""You really shouldn't be here.I mean oi you are pregnant."Khanna worried for Ari,"Don't worry about me a lobo demon can't die while just a fetus,not unless the mother does."she explained and healed the wound."What if you do die?"Khanna worried more,"There are no "If's" in war.Besides I'll be fine.Just trust me."she helped Khanna get up,"Come on,let's go find the others",they...
continue reading... 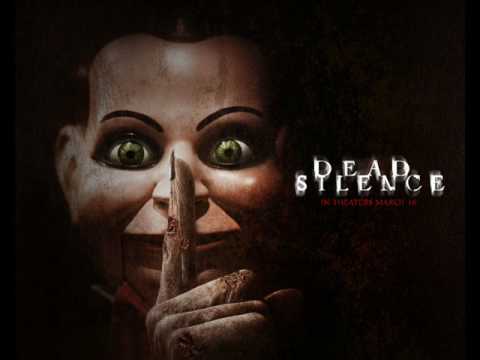 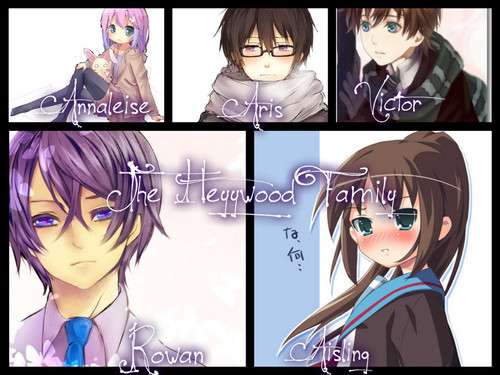 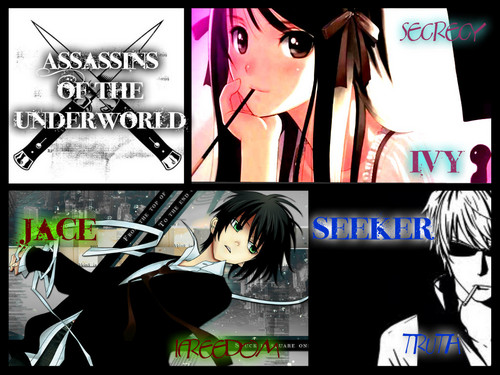 Assassins of the anjos da noite
added by SilverWings13 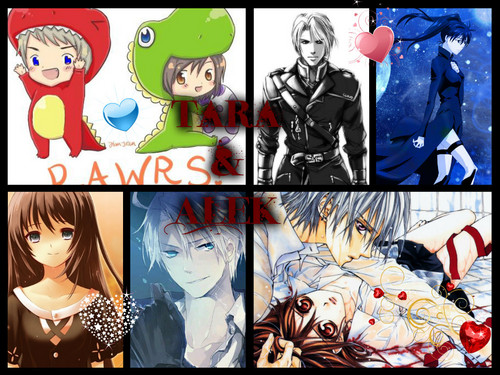 2
Tara and Alek
added by SilverWings13 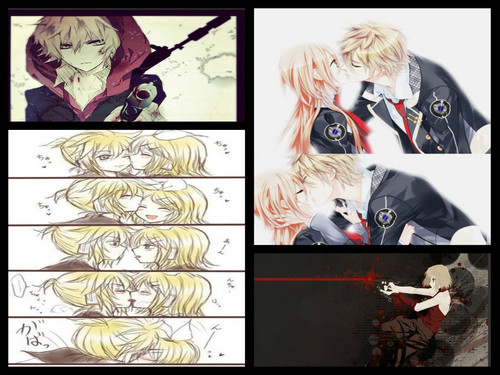 1
Terror and Blade
added by MidnightYJ 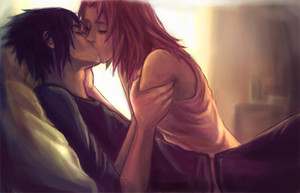 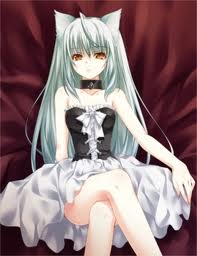 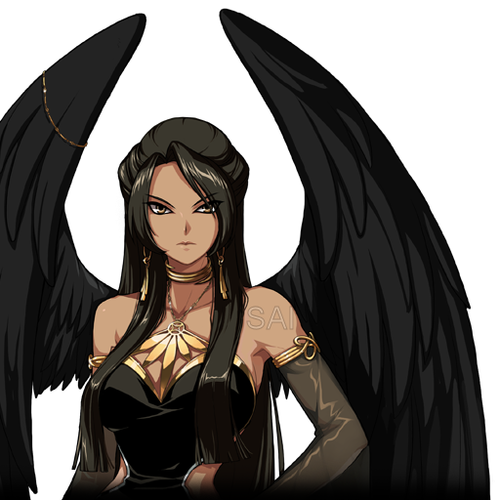 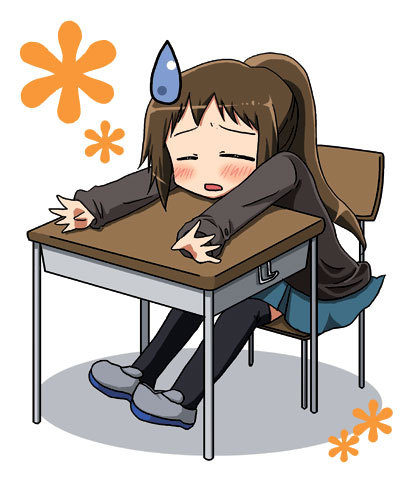 Aisling!
added by AislingYJ
I have mais questions!!!! ANSWER THEM!!!!!
posted by ReneYJ
YAY! mais QUESTIONS!

3.    When...
continue reading...
Ebony Flame in Crimson Darkness Part 6
posted by InfinityYJ
In which the reader is forced to wait while I try and figure out what's coming up next. >-<

“Patience, Kyra.”
She got goosebumps at Chelsea’s calm voice, tears escaping down her face. The pain of the gold was immense but she couldn’t place why-- skin contact hadn’t affected her before. Chelsea’s chuckled reached her as she took in a shuddering breath. “I assumed it would pain you mais than you believed.”
The dark cloth over her eyes slipped away and she blinked a couple of times. Chelsea sat across from her, scraping a jagged faca on rock, making earsplitting screeches....
continue reading...
~A aleatório one-shot about Jaime~
posted by XxKFforeverXx
Despite Jaime's actions in Last Resort, this shows his wild side. >:D And no, it's not Blue Beetle.

Jaime pushed past the people in the crowded hallway of his school on his way to lunch.
"Out of my way freaks!" the most popular girl in school, Lynsey, pushed through the students. Jaime stood his ground and stood in her way,
"Excuse me, MOVE!"
"I don't think I will." Jaime crossed him arms. Lynsey scoffed and shooed him away.
"I think the freak mesa, tabela is over there." She pointed to a empty mesa, tabela on the other side of the room.
"Okay, so while you're getting std's, I'll just be over here."...
continue reading...

1
I feel like this song is about Devin? <3
added by DiscordYJ
I dunno. I amor this song and thought of this as Fang using this as a tribute to Devin..in all the /right/ ways.
video
devin
fang
oc
song
young justice oc
Elizabeth West (Flame~ Fairy Of The fogo Phoenix)
posted by Winxclubgirl202 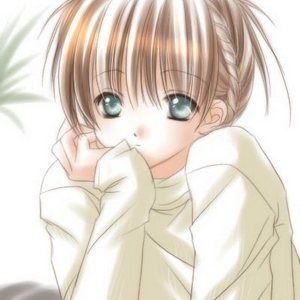 Name: Elizabeth Rose West
Alias: Flame (it's also her nickname that a lot of people call her)
Age: 11
Gender: Female
Personality: Flame is bright, brave, and bold. She has a lot of energy and loves to explore, also likes to have fun.
History: Her parents disappeared when she was younger and took care of herself until Wally found her and took her into his family and made her his foster sister.
Description: She has brown hair that is usually kept in a braid. Flame prefers her hair to be loose. Her eyes are green (the Phoenix she took care of had green eyes)
Power: is the fairy of the fogo phoenix
Other: Best friends with Robin, she owns a pet tartaruga named Star. Flame sometimes gets herself into trouble if she doesn't listen to orders given to her. She met Robin on the dia that the team formed. The two became close friends. 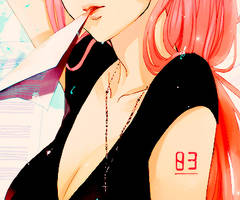 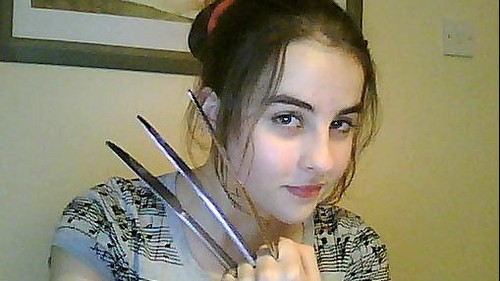