8
Starlit Book 2 Chapter 7 - Reminiscence
posted by Yoss
Perhaps if I had not so tightly clutched the rose, its thorns would not have pierced my flesh so deeply.

The creeping vines finally reached the branch on where I sat. They touched my cheek and gently wiped my tears away. I realized there were two options left for me: Either I sit still and ignore the pain or gather enough courage and walk away. I sighed. I could not do either one.

“I’ll be okay.” I whispered softly in the dark. I hoped that could be true.

I looked around me. Every tree’s leaves droop. Every single flor bowed on the ground. My sorrow permeates the stillness of the night. I could smell my hopelessness in the air. The wind softly hummed a melancholic sound; even the sky appeared darker than darkness itself.

How many nights have I stayed in this forest? – Hid may be the better word to use – I have lost count already. My hotel room is waiting for me but I have no wish to stay there. I’ll rather be here in the forest and drown myself with memories of her.

It was a ano atrás when I first set foot on Forks. The place suits my plan well. The greenery worked to my advantage. The forest helped in concealing me – especially my scent. I was equipped with the knowledge of every Cullen’s strengths. I was genuinely curious about them. What is it about this particular coven that made my own coven envious? What did they do to earn such resentment from my family? What was the reason behind my affluent family’s apprehension towards them?

There was no doubt that the Cullens were strong. The bond that ties them together made them even stronger. The loyalty of their anterior enemies, the shape shifters, made them impenetrable - but I refused to give up. Surely no coven is beyond any weakness.

And so I spied on them. I was surprised on how easy it was to watch their every move. I kept a seguro distance away whenever Edward and Jasper was around.Luck must have been on my side, the psychic vampire named Alice could not see my kind in her visions. So days turned into months and I knew all of them por heart.

They possessed only one weakness. They cared for one another too much. They place the protection of their loved ones above their very own safety. Bring one down, the rest will go down. If you lure one towards the darkness that is our world would the rest follow?

There is only one Cullen that held my attention the most. Renesmee. I knew that if I could have her, I could have the entire family including the pack of shape shifters. Renesmee. She inspired unknown feelings inside me…yearning, awe and something else I could not fathom.

I was not prepared to feast my eyes on such loveliness for she was lovelier than all the glittering stars combined. She took my breath away. I found myself craving to see her beautiful face each day…each night. How I longed to touch her face while she was sleeping, to brush the curls away…

I thought this was just fascination for my own kind – a gifted half vampire, half human. I thought it was just the thrill of plotting against her that made my coração accelerate.

I was caught off-guard por the hostility I felt for the shape shifter named Jacob Black. I fought for control every time I saw him touch her. I despised and envied him. There was never a night when I didn’t wish I could take his place.

It was too late when I realized that I have fallen in amor with her. I was angry with myself for being careless enough to have let this ludicrous thing happen.

I tried to diminish the feelings I have for her, even tried to repress it. I reminded myself she was the enemy, the mission, the target.

I made my very first mover during her birthday. She was so heartbreakingly beautiful. I wanted to give her a gift. As I was pondering on what to give her, rosas grew por my feet. Roses, not bad but would she prefer white ones? I thought red ones were perfect. It was a symbolism of the imminent danger I bring and the irony that I’ll rather bleed to death than hurt her now.

She was my estrela – unreachable, meant only to be gazed at but never to be touched. There were about 1,700 stars twinkling in that perfect night. I brought 1,700 rosas to her bedroom. I wanted her to know me. I also wanted to say goodbye.

Either I stay here and ignore the pain or gather enough courage and walk away.

I sat watching the game. Red Sox vs. Chicago Cubs. The Cubs were leading por 2 points and they were in the 8th ending. I was trying to keep my mind off of Bella and her boyfriend Edward. Bella is too young to have a boyfriend if you ask me. I didn’t want her to have a boyfriend until she’s at least in college. I must just be talking from a father’s point of view. No father wants to see his little girl grow up.
Well, I didn’t like Edward Cullen so much anymore. Ever since my little girl went into a depression, I’ve never...
continue reading...
28
Edward is a girl?! :O
posted by Spotty_Vision21
I have come to a logical conclusion from some data I reviewed. Edward is not in fact Edward, but a female Edwina.

1.    Meyer claims “his” ability to knock up Bella is because they are like the incubi. Incubi were pretty much sex demons who knocked up innocent women. Why could they do so? They could change into succubi, the female version of the incubi and would sleep with men to steal their sperm.

2.    “He” wears lipstick. vampiros are dead. They do not have blood flow. And yet “his” lips are darker than Bella’s. 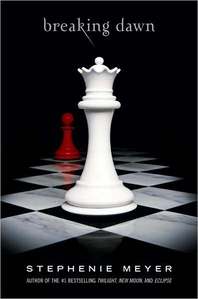 I hate twilight. It is not addictive, it is not well written, the character's are not fascinating or likeable and the storyline makes me want to pull my hair out in frustration. I am 100% lying, of course. I imagined a definition of the twilight saga out of the norm might grab people's attention. The books are brilliant, god bless Stephanie Meyer.
I'd heard of the books a while back, being quite the geek and spending abit of time on the old, reliable imdb, and I read that Robert Pattinson was starring in a film called 'Twilight'. Seeing a ten segundo visualização of the trailer made me curious,...
continue reading...
21
Chapter 16
posted by mrsblack_1089
The glare of the sun woke me; I had to shield my eyes from its brightness. A bright glitter just out of the corner of my eye caught my attention. I turned my head towards it.
"Gah!" I jumped a foot and slamming into the headboard. I rubbed my head. "Aunt Alice! What are you doing here?" "You sleep forever!" she complained. "I've been waiting for ages to talk to you! Did you take sleeping pills or something? Never mind, it's over with. But why didn't you tell me?!?!" she demanded, glaring at me. I was still groggy and my head ached. "Tell you about what?" "You know." she glared pointedly at...
continue reading...
12
Missing Scenes
posted by vampiress015
Okay, I'm a little confused. I just watched the movie online-shock horror- I live in the UK, do you want me to wait another 3 weeks, I was dying over here. You guys were tempting me with scenes, it was gonna happen eventually. And I promise to see it at the cinema so Summit get some money.
So anyway... I was watching, and I'm a big Emmett fan, so I couldn't wait to see him going 'she's not one of us' just like on the trailer- and maybe mais :)

Emmett- where are you??


So I waited, and I waited, then I waited some more, then it got to the part where Victoria does her little 'Ha ha I'm still...
continue reading...
12
Review on Stephanie Meyers new book: Eclipse
posted by GabrielleMN
As Seattle is ravaged por a string of mysterious killings and a malicious vampire continues her quest for revenge, Bella once again finds herself surrounded por danger. In the midst of it all, she is forced to choose between her amor for Edward and her friendship with Jacob—knowing that her decision has the potential to ignite the ageless struggle between vampire and werewolf. With her graduation quickly approaching, Bella has one mais decision to make: life or death. But which is which?

Yes, yes, here it is…the long awaited third book in the Twilight series por Stephenie Meyer. It’s been...
continue reading...
17
Twilight/New Moon Extra- Being Jacob Black
posted by tubby2002
Well I tried to post this in the link section but it just didnt work so I figured that I would put it here...

Here is a link to a Twilight/New Moon extra- Being Jacob Black....

It is the story of Jacob from when we meet him first in Twilight until the end of New Moon. It is interesting. 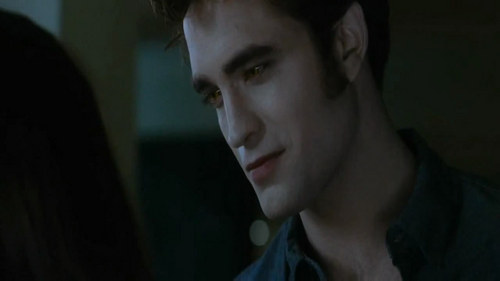 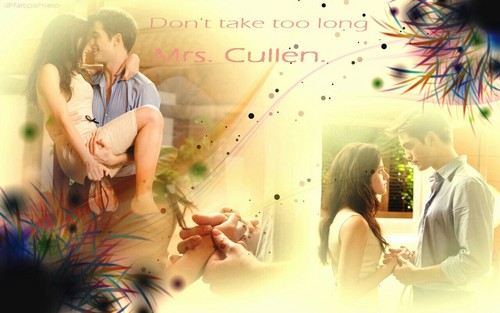 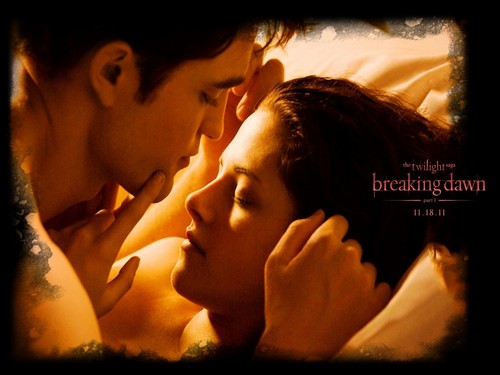 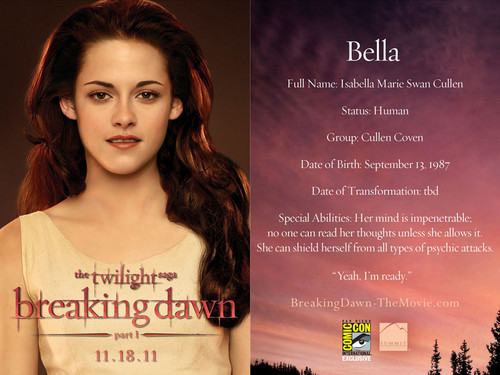 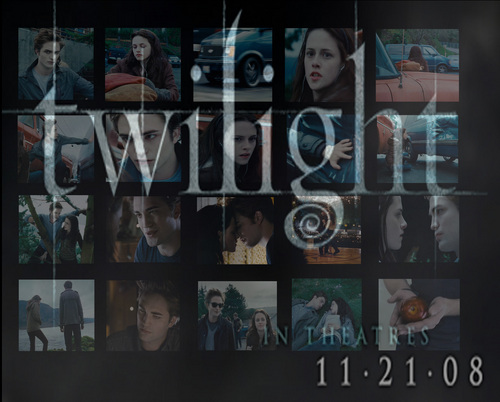 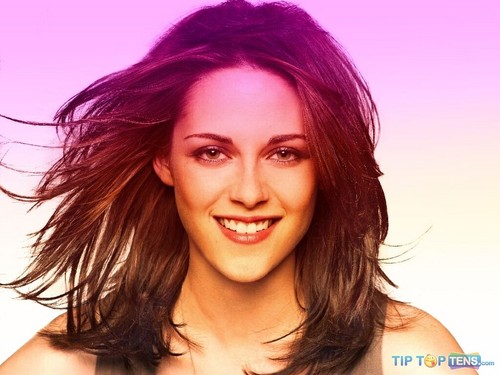 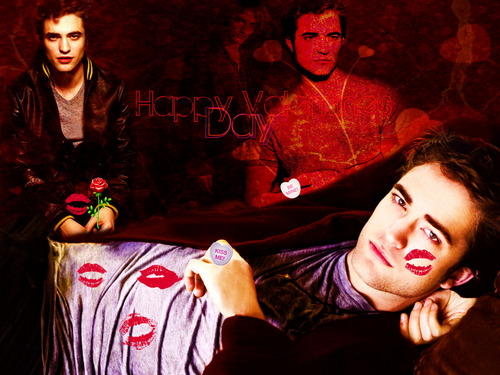 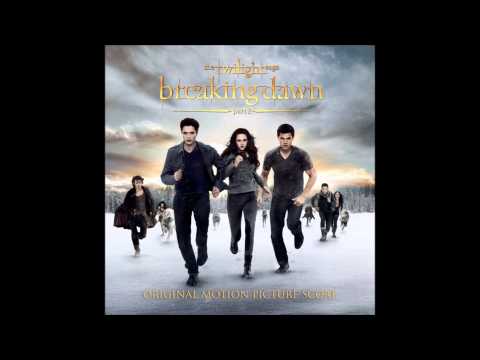 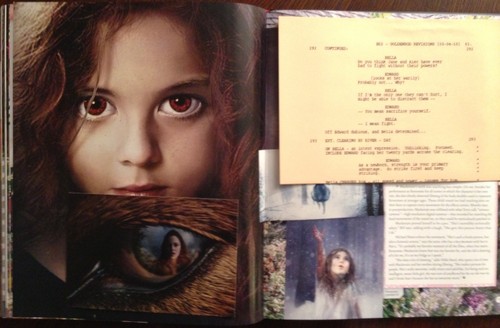 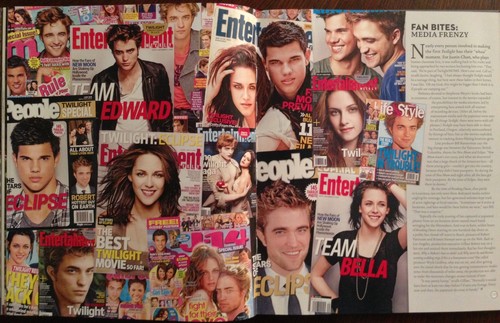 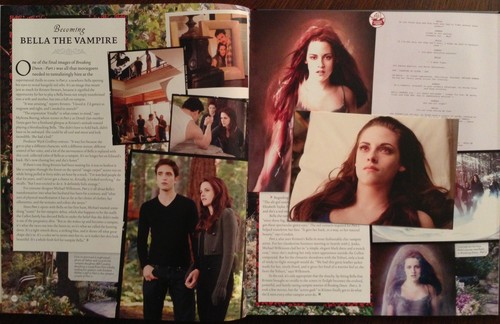