1
Total Drama High Ch.6
posted by xcv_2013
Last Time on Total Drama High:
Chris explained to everyone that Duncan's younger sister,Brooke, has been thinking about dropping out. He also announced to everyone's surprise that she has also turned emo. There were some confessional entries from Trent showing signs that he's pretty into her. What shockers will happen today on TOTAL DRAMA HIGH

Trent & DJ started heading to the gym for the class they had,P.E. "Well, how hard can it be to convenice a 15 ano old not to drop out of High School?" Dj suggested. Trent smiled & said," I know. Besides, she knows us & she's our friend. So it shouldn't be that hard!" Trent said. Suddenly they hear a girl scream in the gym. They both looked at each other & ran to see what was happening. They saw that the 40 ano old gym instructor,who use to be a drill instructor, being thrown on the mural por a little girl with the same outfit the picture of Brooke now. He fell to the ground & soon the girl got on his back & got him in a head choke. "AM I STILL GETTIN A F?!" The instructor only was hitting the ground which to she replied only tightening her grip on his neck.
*confessional*
DJ: That can't be... Is it?
Trent: THAT'S BROOKE?!
*end confessional*
"ALRIGHT!!! YOU HAVE AN A!!! YOU HAVE AN A!!!" the drill instructor yelled. The girl let go & turned away. "& that's how this emo girl gets what she wants in life." she said. DJ & Trent stared with their mouths open. She spotted them & froze. "Aw man! YOU guys saw that?!" she asked. The shook their heads."Well there go's my good girl image." she said looking down. DJ finally managed his words & said,"Hey Brooke! I hate to ask a favor on the first day, but um, PLEASE DON"T KILL ME!!!!" he yelled begging on his knees. Trent looked at him in a weird face.
*Confessional*
Trent: This apparently will be harder than I thought.
*end confessional*
Brooke walked over slowly & patted DJ's head & said,"Don't worry big guy. I won't" then she had an evil look on her face,"FOR NOW!!!"
*TO BE CONTINUED*
Broccoligirl likes this
xxXsk8trXxx HOW ABOUT THE OTHER CHARACTERS?
Lolly4me2 Sofie: Is she going to attack me while I sleep for touching her? O.O CAN'T WAIT FOR THE NEXT PART!!
gwendiamond How about Gwen and Leshawna,LIndsay,Owen,Noah,Cody,Katie,Sadie,Justin,Heather,Izzy
2
TDI fanfiction: Julie's elimination
posted by TDIlover226 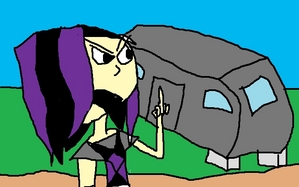 It was now time to receive the guilded chris awards. someone would be iliminated from the screaming gaffer team. chris started to call the names. "Duncan,.....JG,.....Vanita,....Gwen,...
Seiamica,......Alex,......Blake, ....Leshawna, harold, DJ". "there are two guilded chris awards left", Julie and Calvin were the Two left. julie smiled with comfidence. "Calvin!!!" yelled chris. "what!!!!" yelled julie "thats not posible!" most of the people on this team are my friends!" "sorry ju'ann" said JG "but you went completely nuts and lost us the callenge!" "no way!!!!" yelled julie "you mean to say...
continue reading...

4
Total Drama, Courtney: Gives You Hell
added by Duncan_Courtney
I swear to God Rachel Berry and Courtney are the same person, only Rachel has morals and isn't a psycho cadela, puta
video
drama
total
tdi
action
island
world tour
tdwt
tda
courtney
total drama new season episode 1
posted by kiara0021
So this is the series where Chris is the dad of Courtney and they just found that out last year. And for now on Courtney is the co-host of total drama.

*Courtney goes to the dock*

so i guess you are wondering, why am i calling Chris my dad? Well it all started when i had to go to the doctor's office to check my DNA...
continue reading...

4
cody and sierra in the waterpark
added by CourtneyGirl
Source: LadyK

1
Courtney's new look
added by DuncansMyLuv14
Source: Someone on Photobucket; I forget who... 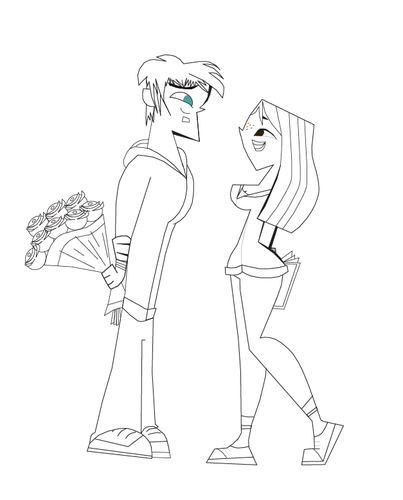 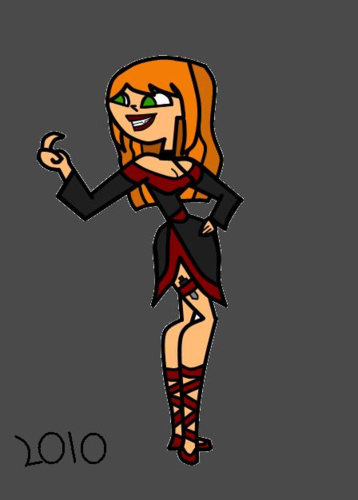 1
Duncan
added by ickybicky
Source: me! 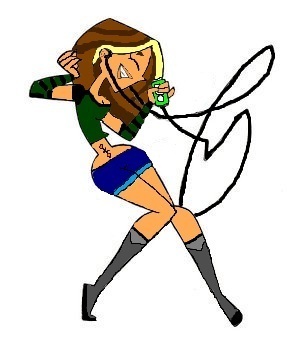 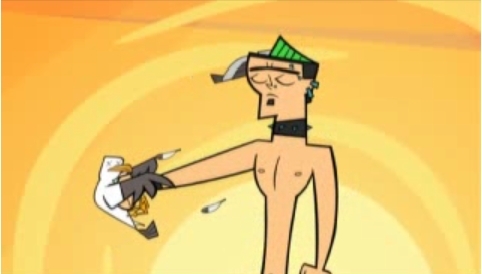 Death: *getting put of car*
Dawn: oi DEATH!
Death: Meh.
*start walking to school*
Death: Is this school any good?
Dawn: Yes, it's amazing!
Death: Really... what sitting group are you in?
Dawn: The Weirdos!
Death: Nice... I heard this kid named Ezikiel died here.
Dawn: Oh yeah... it was duiring bioligy last year.
*flashback*
Teacher: Now remember children, put the blue liquid and the rosa, -de-rosa liquid in together. Don't put the red liquid in!
Ezikiel: What are we supposed to do, eh?
Dawn: Put the blue liquid in with...
Ezikiel: *puts in red liquid por accident*...
continue reading...
4
"The TDI Dating System" Contestant #2; Duncan
posted by Lolly4me2
Sofie: *sitting at escrivaninha, mesa wearing sexy woman's uniform* WELCOME BACK! Our url has been recently updated, so be sure to check out all the fabulous things, TDI's Dating System has for you! :D
Leshanwa: oi there guys, it's yo girl, Leshawna! X3
Sofie: Don't worry, we didn't fogo Lindsay, she just stands in the back of the room painting her nails ^^'
Leshawna: lil' Sofie wasn't mean enough to get rid of her XD
Sofie: HUSH UP!
Leshanwa: oi remember who your talking to, little girl...
Sofie: Fine fine, whatever. Please welcome, DUNCAN!
*applause por crazed fangirls*
Sofie: -o-' Why are they here?
Leshawna:...
continue reading...
Cody and Sierra: A fã Fiction; Chapter 2
posted by totaaldrama
'OMG!' 'Lucky!' 'No way! He's mine!' and 'Liar! That is so not true!' all popped up on Sierra's post. Gwen came over to Sierra's apartment, read the post and said, "This cannot be happening. I can't believe you two have a chance! I mean, Codierra?!" Sierra read the post over and over again. "Cody said he likes me." Sierra read out loud. "You just need conselhos on how he can like you even more." Gwen suggested. "Yeah.. can I come over to your place and ask Trent about what guys usually like? He and Cody were really good friends in Total Drama Island." Sierra asked. Gwen rolled her eyes. "Fine....
continue reading...
More Cards
1234567891011