The Host Chapter 6 The Letter (6/10)
posted by HaleyDewit
“Okay, open up” Elena said. She held a spoon with morango ice cream in front of Damon. “Come on, you fed me that pancake, now it’s my turn” She pushed the spoon against his lips until he had to give in. “Good boy” she said motherly. Damon swallowed and looked aside him. The couple at the mesa, tabela seguinte to them glanced at him and chuckled.
“People are going to think we’re a couple” he said soft. Oh, how he wish.
“People can think whatever they want” Elena said and she had a bite of her ice cream. “We’re friends, we can hang out without being talked about”
Friends, Damon thought. Of course they were friends. That was all they’d ever be. He stuck out his hand and lay it on hers. “What if Stefan comes back? Will we still be friends, doing this? You know, hanging out” he asked. If they couldn’t be mais than just friends, he didn’t want to lose that either.
“Hey”
Damon and Elena looked aside. Bonnie was standing seguinte to their mesa, tabela and she looked like a beaten dog. “Am I interrupting something?”
“Bonnie!” Elena exclaimed. She got up and threw her arms tightly around her best friend. “I missed you so much! Come sit with us!” She grabbed a assento from the mesa, tabela seguinte to theirs and placed it seguinte to hers. Bonnie looked reluctantly at Damon, who rolled his eyes. She slowly sank down on the chair and put her hands in her lap.
“Okay, I’m going to get you one of those” Elena nodded at the ice creams. “In the meantime, the two of you can catch up a bit” she added with a wink.
“No, Elena, we-” Bonnie started, but Elena didn’t listen anymore. She had already turned around and walked inside the tearoom. Bonnie turned at Damon, who refused to look at her. “Okay, this is awkward”
Damon finished his ice cream, which was practically melted. It was mais to have something to do. “Damon, I’m really trying to make up for what I did” Bonnie said with a sad face. Damon tapped his spoon against his Sundae. It annoyed her so much she grabbed the spoon and threw it on the ground. “Will you listen to me?” she exclaimed. “I’m apologizing here, can’t you meet me halfway?”
Damon stood up. “I’m going to see where Elena is” he said and entered the tearoom, bumping in on Elena. “Sorry” he said.
“Where are you going?” Elena asked surprised.
“I was looking for you” Damon answered. “I want to leave. Are you coming? Or do you want to stay?”
Elena looked outside. From where she was standing she had a perfect view at their table. She saw Bonnie composição literária something.
“I can’t leave Bonnie there. We can’t just sneak away, that’s rude” Elena said a little shocked. “And she didn’t have an ice cream yet” she said lifting up the Sundae. Throw it in her face, Damon thought bitter. Elena walked towards the table, but then Bonnie got up and left. Elena accelerated her steps and when she arrived at the mesa, tabela she saw whatever Bonnie had written she had put it in an envelope and left it. Elena picked it up and read the name on the envelop. “It’s for you” she said to Damon, who came standing seguinte to her. He took the letter out of her hands. He walked to the closest garbage can and threw the letter in it. Elena widened her eyes and she looked surprised at Damon. “Why did you do that? Don’t you want to know what it says?” she asked surprised.
“Nope” Damon said serious. “I’m pretty sure it says a lot of crap” Elena shook her head in disbelief. “Come on, let’s go” Damon said and he hooked his arm in hers.
2
Katherine Pierce's life(Part 5)
posted by melikhan
Attitude toward humans
In 1864 she stopped and fed on the passengers of a coach showing Damon, before he was fully turned into a vampire, how it is done, taking sadistic pleasure over the cocheiro being so concerned about the safety of a lone lady on the road at night. She wickedly smiled at him, thanked him for his concern and then fed on him (Children of the Damned), clearly showing that all humans were to her, was comida and amusement at that time. However, it is known that even then she could find humans as potential mates. It is a fact that she had a sexual relationship with both Salvatore...
continue reading...
2
Katherine Pierce's life(Part 4)
posted by melikhan 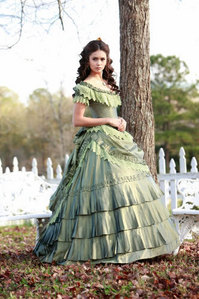 Physical Appearance
Katherine is described as Elena's doppelganger, this is observed por almost every character in the show and even Elena herself. Katherine is described as being very beautiful, slim, and selfish with brown eyes seaking something to quench her thirst. Sometimes Katherine can be seen cool and cold por her appearance. She is portrayed as rather vain about her looks, and has no problem using her beauty to get what she wants. Pearl later reveals that when the vampiros were captured in 1864, and a guard let Katherine go free; Pearl tells Damon that,"he was obsessed with her." Stefan...
continue reading...
2
My topo, início 5 couples in The Vampire Diaries
posted by mitchie19 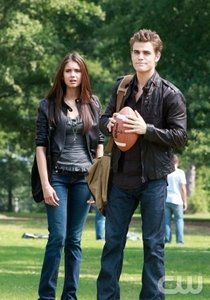 #2: Damon and Katherine (Sometimes I prefer him single) 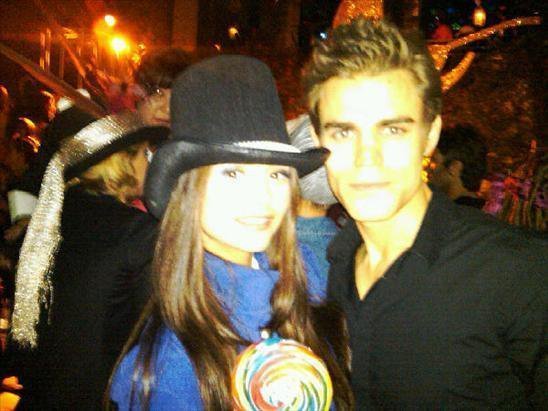 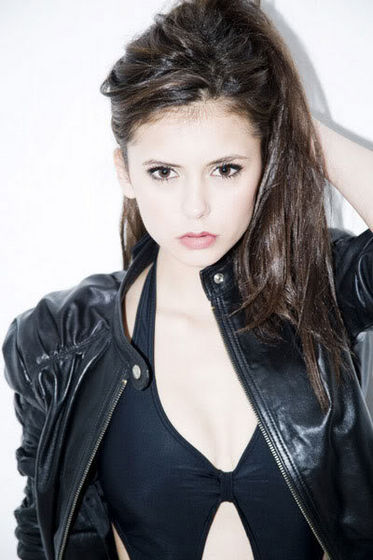 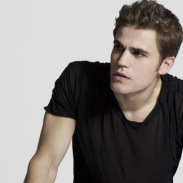 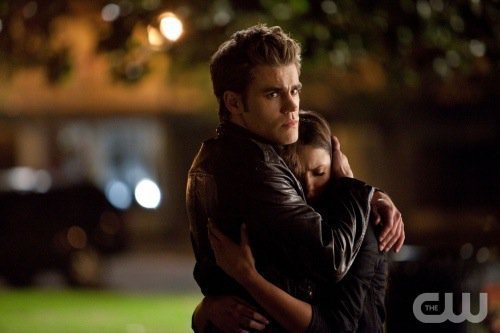 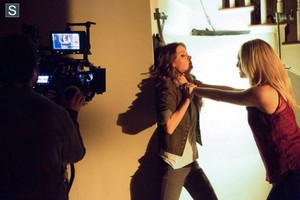 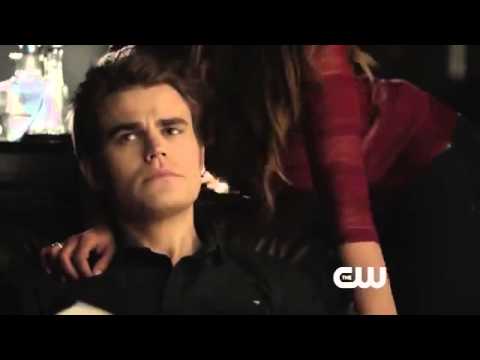 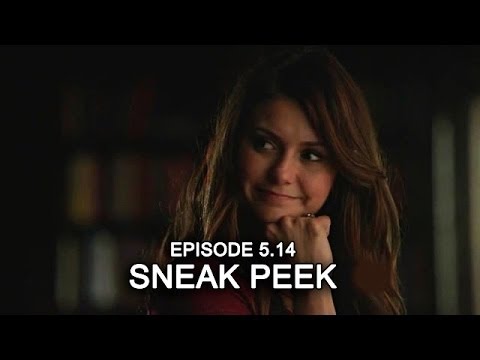 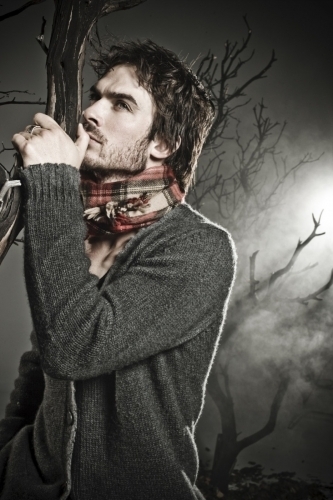 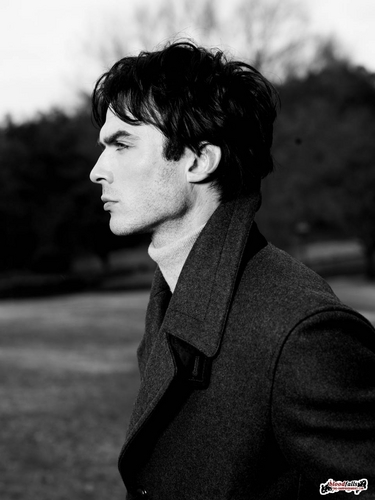 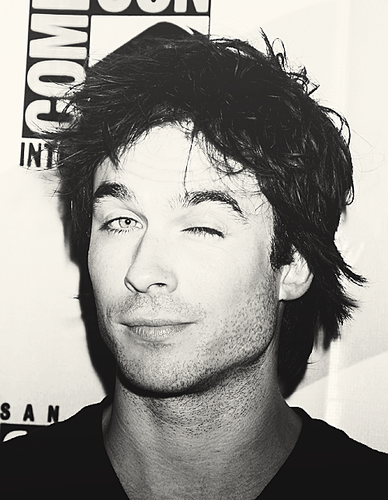 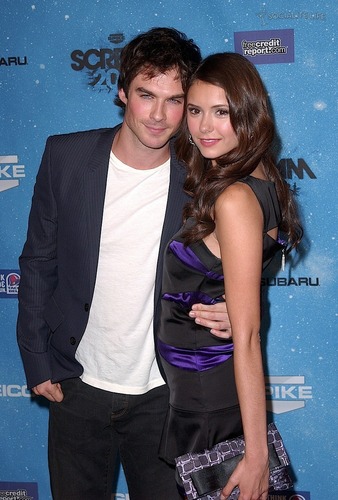 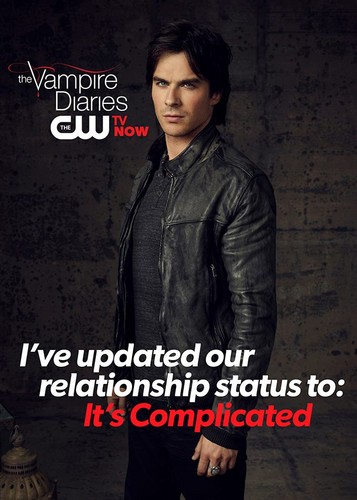 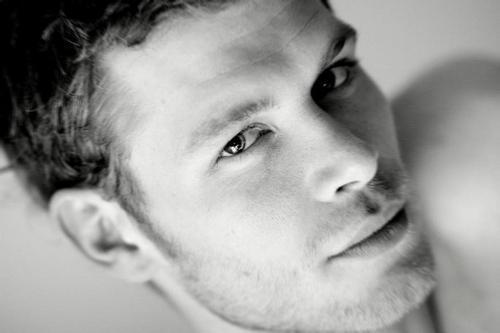 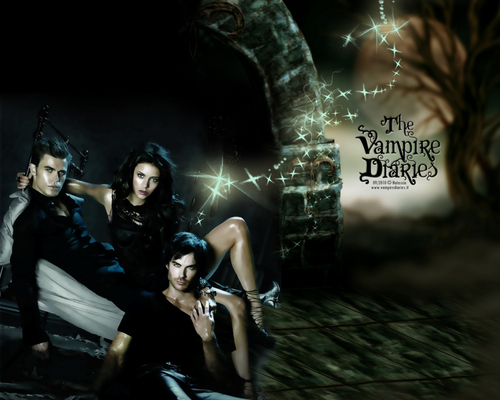 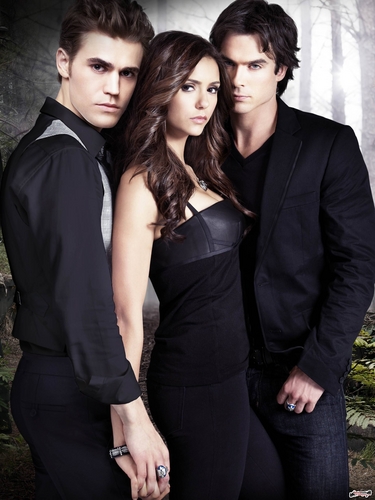 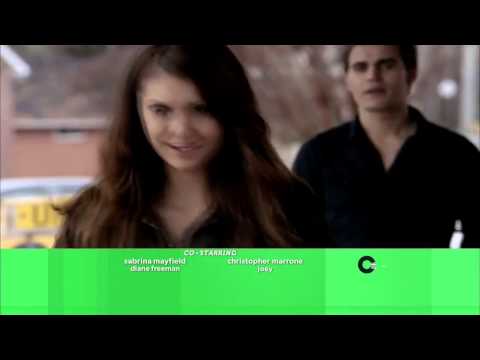 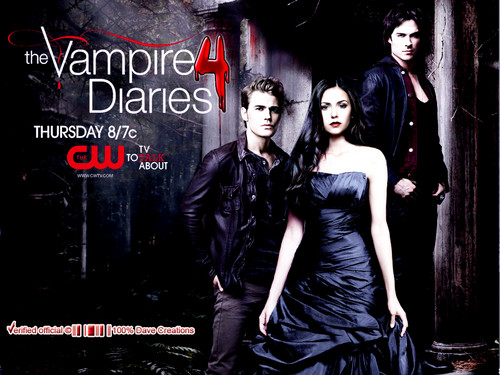 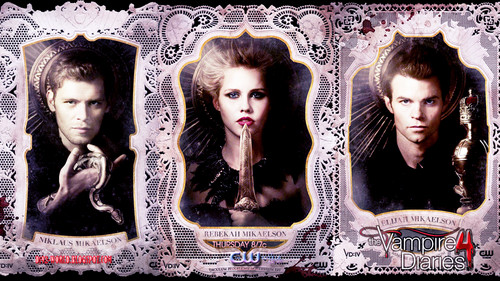