Effie Margaret Elderstein was the only child of wealthy German factory owners. She was a quiet and plain young woman, who had many suitors, but little interest in any of them. When she was 19, a skinny Finnish farmer wandered into her father’s factory, looking for work. That farmer, Joseph Samuel Schrude, caught Effie’s interest. The two talked for hours and began a brief courtship. In 1876, against her parents’ wishes, Effie married Joseph. The couple settled in the small town of Darmstadt, Germany, where Joseph bought a farm and begun growing beets. Effie and Joseph worked side and por side and raised nine children. In 1902, Effie and Joseph’s youngest son, Dwide Schrude said goodbye to his parents and siblings and stowed away on a barco headed for America. 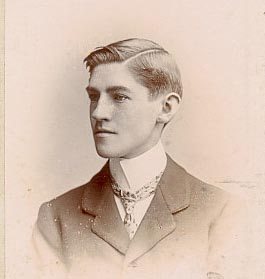 Dwide Schrude
On his segundo dia on the ship, Dwide was walking por the galley when he saw the cook collapse. The cook was pronounced dead por the ship’s doctor and Dwide immediately saw an opportunity and volunteered to be the new cook. The captain agreed to hire Dwide and Dwide gained notoriety on board for his fabulous cooking. por the time the ship docked at Ellis Island, Dwide had saved up a tidy little fortune with which to start his new life in America.

Dwide entered Ellis Island along with thousands of other immigrants, only to have the registrar misunderstand his name and changed it to Dwight Schrute. Dwide decided that a new life deserved a new name, and he was eager to take his money and try and buy a small farm. Unfortunately, on his first dia in New York City he met a squirrelly little man named Jurgis Hotchner who engaged him in a game of poker. Three hours later, Dwide was broke and lost in an unfamiliar city. He wandered into a dingy hotel, weak and tired. There he first laid eyes on Lola Mühlbach, the hotel’s maid and a fellow German immigrant. Lola and Dwide talked for hours in the hotel lobby, after which Lola took Dwide back to her parent’s home. Lola’s parents, Klaus and Sarah Mühlbach, were mais than happy to let Dwide stay in a spare room until he could get back on his feet. Dwide got a job as a cook at Lola’s hotel, and after several months he had earned enough to start giving the Mühlbachs money for his room and board. Over those months, Dwide and Lola’s feelings for each other developed, but Dwide didn’t feel he was worthy of her. He began working several different jobs, saving up money so he and Lola might be able to marry someday.

After two years, Dwide bought a small plot of land in the quickly developing area of Pennsylvania. He took Lola to the area and showed her how to properly tip a cow. It was during this that Dwide proposed to Lola. Lola was horrified that he would propose to her while cow tipping and she refused to speak to him. This went on for two full weeks, until Dwide bought Lola an extravagant engagement ring. Lola would find this process of “shunning” useful in further arguments with Dwide and it became a popular Schrute tradition. Lola and Dwide married in a beautiful ceremony and worked to start a flourishing beet farm in rural Pennsylvania. A ano later, Lola gave birth to a son, named Dwight Schrute. The child looked a bit peculiar, but Lola and Dwight were so proud of their son they didn’t notice. The child’s peculiar tendencies would later be attributed to the fact that Lola and Dwide were twin brother and sister. An extensive investigation por genealogists in 1975 would prove that the Mühlbachs and Schrudes lived in the same town when Effie Schrude gave birth to twins, Dwide and Lola. The Schrudes couldn’t afford two mais children, so the midwife took Lola and gave her to the Mühlbachs, who were unable to have children. This fact wouldn’t be discovered until decades later.

Despite many attempts, Dwide and Lola were unable to have any mais children. Dwight grew up like any only child, spoiled and eager for adventure. As soon as Dwight turned 18, he headed to New York City to find his fortune. He bounced from one gin, gim joint to another until he had to return to Schrute Farms in disgrace. Lola and Dwide shunned their son for three months for his behavior. After that time, his parents put him to work on the farm where Dwight toiled away. Lola and Dwide decided that Dwight needed some stability so they arranged for him to marry their neighbor’s daughter, Corinne Hobel. Dwight and Corinne weren’t particularly fond of each other, but they went along with their parents’ plan and married. 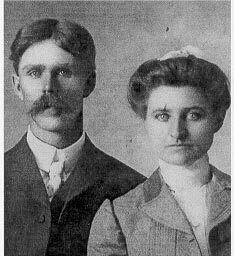 Dwight and Corinne Schrute
Dwight drowned his sorrows in booze, until one dia he came up with an ingenious idea on how to sell beets to the public. He built a wooden stand and started selling beets from the roadside. The idea took off and Schrute Farms became a thriving business. Lola and Dwide gave over control of the farm to Dwight and Corinne, who were still miserable with each other but enjoying the substantial income the farm created. The Schrutes had four children, Ulna, Dwight Jr., Joseph and Greta. After Joseph was born, Corinne began an illicit affair with a factory owner, Charlie Samuels, which would continue over the seguinte 15 years. There is still some doubt as to whether Greta is biologically Dwight’s daughter. When Dwight Jr. was sixteen, he walked in on his mom and Charlie. He told his father, who wasn’t really concerned por this fact. However, Dwight Sr. did mention this to his best friend, Heinrich Rolf Mannheim. Corinne and Charlie were found two days later in Charlie’s house, shot to death. Rumors abounded that Heinrich had killed them, but as no one really liked Corinne or Charlie, the matter was not followed up.

Dwight Jr. worked diligently on the farm with his father and siblings. When he was 19, Joseph married a neighbor girl and Dwight Jr. decided it was time to settle down. He proposed to Heinrich’s daughter, Olga and the two wed. The ceremony was performed at Schrute Farms and due to lack of space; the couple was forced to stand in their own pre-dug graves during the ceremony. This would also become a Schrute family tradition. While Dwight Jr. wanted nothing mais than to work on Schrute Farms, Joseph got a job in Hershey, Pennsylvania as a lorota, fudge packer at the Hershey factory. Dwight and Olga had a son, who they named Dwight Kurt Schrute. He would be their only child. Soon after, Joseph and his wife had a son, Mose. 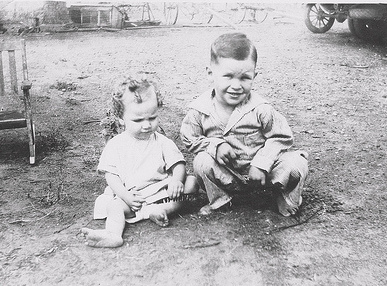 Dwight and Mose as children

Dwight and Mose grew up together as friends, along with their Aunt Ulna’s children, Helga, Heindel and Johann. There is little known about what happened to Dwight’s cousins after they turned 18. Helga left the farm when she was of age and last we knew she was wanted for robbing a bank in Kansas City, Missouri. Heindel moved to Florida to become a taxidermist, but there is no record of him anywhere. Johann followed in his uncle Joseph’s footsteps and went to work for the Hershey factory. He was just 22 when he fell in a large bat of fudge. He was rescued, but Johann was never the same man. He is said to still be living on Schrute Farm, but no one has ever seen him there.

As for Dwight Kurt Schrute, he grew up like any normal farm child. He was shunned por his family from the age of four to six for not saving the excess oil from a can of tuna. His father taught him to shoot por practicing on Mose with a spud gun. He helped his Uncle Joseph at the lorota, fudge packing plant on the weekends. His mother dressed him up in women’s clothing to make up for the fact she didn’t have a daughter. Dwight was devoted to the farm, but after spending his two years of shunning at a paper mill, Dwight decided that paper was his true calling. He interviewed for a salesman position at a mid-range paper supply company called Dunder Mifflin. He was hired and so began a long, happy career as a paper salesman. He quickly moved up in the company, being promoted to Assistant Regional Manager before he was 35. He still devotes himself on the weekends to Schrute Farms, which is now run por Mose. While beet sales have declined in recent years, Dwight and Mose continue the great Schrute family tradition of beet farming. The farm is also used por teenagers for sex. 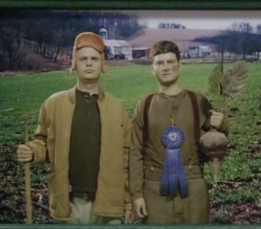 Dwight and Mose on Schrute Farm
Vixie79, the_bunkster and 21 others like this
msqueenbea ha ha Wow you've outdone yourself, excellent. Poor Dwide though marrying his twin.
brokenbrain lol, that was great.
bobaloo42 No Wonder Dwight's so messed up!!!
Lady_Hamilton awesome!!
28spike28 wow i kinda lost where i was towards the middle but after rereading a couple times i understood more. very great essay you deserve more than an A you deserve a new letter a atrex. i cant put it on here but its worth 12 A's. so good for you and i owuld like to see another family history. they should make an episode of something like this.
Vixie79 Very interesting. Dwide Schrude is kind of a hottie. Only I would think that huh? LMAO!!!

12
Jim & Andy cantar (Drunkenly) 'Closer I am to Fine'
added by papa
A drunk Jim and Andy do an Indigo Girls duet together.
video
jim
andy
indigo girls
cantar
clip

4
Beers in Heaven
added by ryflyguy
As Michael says it, we write and perform it
video
the
office
steve
carell
beers
heaven
funny
song 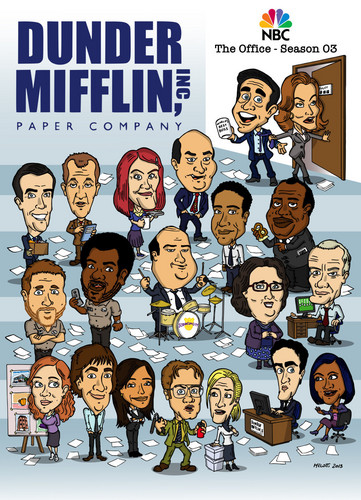 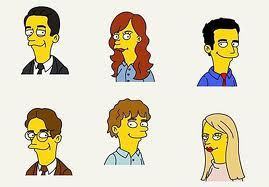 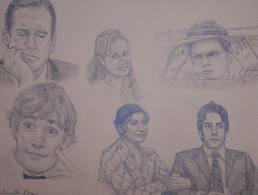 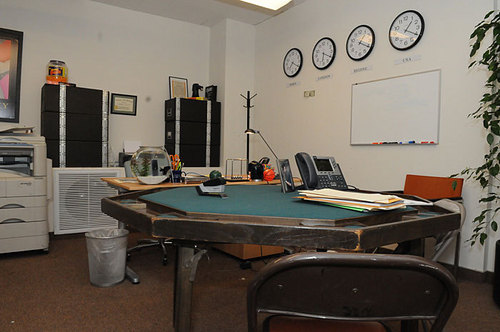 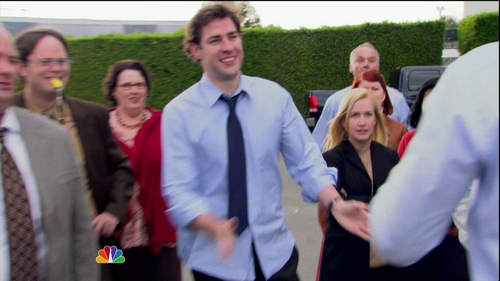 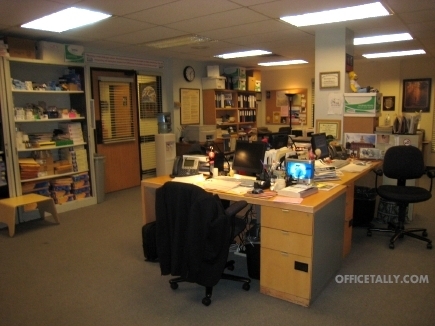 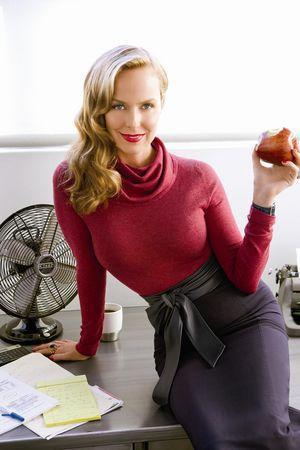 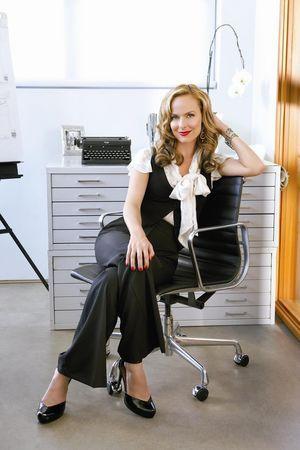 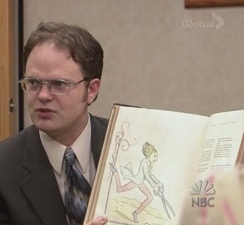 **************************
Update: Some of you may have missed it, but the winners of the contest were posted last week in the comments. They are:
Haiku Category: moradik1
Limerick Category: WorshipDwight
All-Around Office Poet: Temptasia
(we were able to offer a 3rd prize!)

Hey all you Office fans. With the release of the Season 3 DVD set and the coming one-hour premiere of Season 4 on link, we thought it would be fun to hold a little contest. What better way to celebrate the witty, profound...
continue reading...
The Office: Season 6 Episode 14 'The Banker' Review
posted by lexabuti
Looking back, some of these old clips on 'The Office', were probably a big refresher. It didn't help that I not too recently watched those very same clips, but it was good to view some of the Season One office people and how some matured, while others became mais childish over the seasons. The funny thing is, there was a similar video on 'YouTube' which quoted their Ten Reasons To Watch The Office, so another reason could be that even if you missed a popular clip, you could watch it again on this reminiscent episode of 'The Banker'.

If I were to be realistic, I know of other series that have...
continue reading... 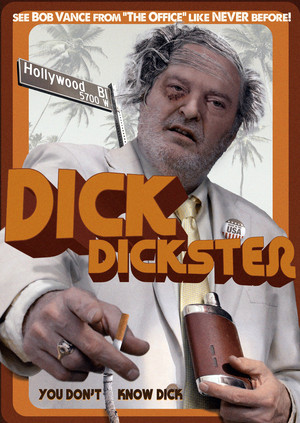 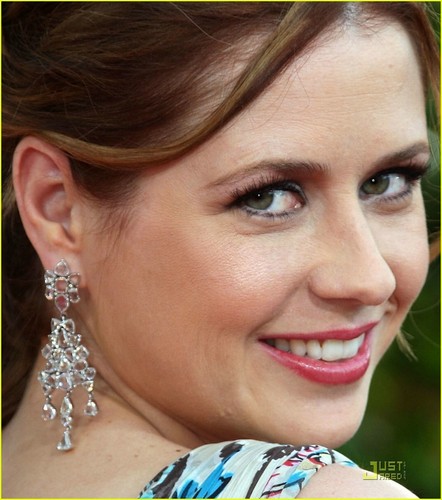