Wolfe Jetray: *Appears, and flies seguinte to them*

Hiccup: *Sees Wolfe Jetray* What kind of dragon is that?

Wolfe Jetray: I ain't no Dragon!

Hiccup: Can you talk?

Hiccup: Can we stop at the village?

Hiccup: Yes there is.

Wolfe Jetray: Take me there!

Hiccup: *Flies on Toothless and lands with Wolfe Jetray*

Hiccup: How did you do that?

Hiccup: What is that?...
continue reading...
Time-function Chapter 1: The First
posted by totolove 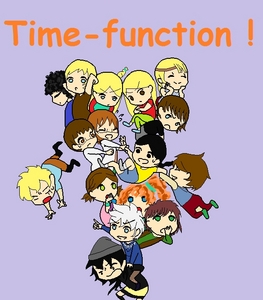 There was frost covering everywhere and the sound of giggling . Then there was a roar and a blaze of fogo and the sun was shown to my face . The sun started to show rings in it then an Arqueiro pierced it's center .
Then suddenly a bright light woke me up .
I sat up in my cama " Weird ... " That was the same dream I had since the start of this ano ... probably nothin'. I ran down stairs quickly " Where are you going, " my mother called from the kitchen, " I have practice for the play remember ?" She giggled " oh yah ! Oh hon ! Don't forget to say the family lema before ya leave !...
continue reading...
2
RISE OF THE Valente enrolados dragões teste
posted by totolove
I found this teste and thought it would be fun ! I really hope u like and try it out ! Please put your respostas in the comments ! It will be fun to have a look at the results (nd its also to check if you lyin !)

3. Out of all your friends, you are...
[ ] A. the prankster
[ ] B. the mother
[ ] C....
continue reading...
PARODY OF PROFESSOR TOOTHY: Uploaded video 3
posted by totolove
Guy:Jack
Professor Toothy: Tooth (WELL DUH !)
Watchers: Bunny, Eugene, Rapunzel, Astrid, Hiccup and Merida

{Jack presses play on video which on the screen is set in a meadow day as Hiccup lays down and rests}
Jack: Hey, Hiccup. Hey Hiccup . wake up.
Punzie: Yeah Hiccup. You silly sleepy-head, wake up.
Hiccup: Oh God you guys. This better be pretty freakin' important. Is the meadow on fire?
Jack: No Hiccup. We found a map, to Candy Mountain, Candy Mountain Hiccup.
Punzie: Yeah, Hiccup, we`re going to Candy Mountain. Come with us...
continue reading...
1
Wolfe vs Kamen Rider Gaim
posted by BlondLionEzel
Chapter 1

*Suddenly, many small bug-like organisms dart past Hiccup and Toothless*

Hiccup: Woah! What the heck were those things?

Hiccup: *Pulls out a WolfMobile* I should call the others.

Merida: *Looking around* I wonder what Hiccup called us here for?

Nick Wolfe: *Tail wags* I hope we can get some action!

Rapunzel: Hmm...I hope that it's not too violent.

Jack Frost: *Looking around* I sense something...

Wolfe: *Walks to Jack Frost* I need you help.

Wolfe: *Explains the things about the Village and the bandit army*

Hiccup: Jack, you remember me right?

Jack: Hiccup! How have you been?

Jack: *Whispers to Hiccup* But what if this guy is lying? He might lead us to a trap.

Hiccup: We can trust him.

Jack: *Sees Wolfe's Omnitrix* What is that thing? It looks like a strange watch.