Introduced during the “Freight Trains and Monsters” episode, Ashley pops up throughout the season as Beth Dutton’s (Kelly Reilly) newest assistant, Susan. And, unfortunately Beth has previously proven a total B to her underlings, so all we can say is – good luck!

Of course, the real Ashley will be fine. Evidently, she has co-written her own TV pilot and...
continue reading...
6
TV Awards Catergories
posted by housefrk
Characters:

Favorite musician
any character that is shown playing an instrument 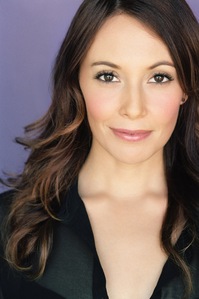 Stephanie Sanchez
The latest real crime story to get a reboot as a network televisão is “Law & Order True Crime: The Menendez Murders”. And, if you thought the original murder case of Lyle and Erik Menendez was riveting, then you’re going to amor this show.

Dean Li
If you’re a fã of Showtime’s hit show “Shameless,” then you already know you're up for another season full of crazy Gallagher family antics.

The segundo episode of Season 5, titled “I’m the Liver,” premiered last night, introducing actor Dean Li as the ‘Twink’. He’s a friend of Ian and Mickey, who gets caught up in a patriotic moment and finds himself willing to take one for the team – or ‘give one’ actually.

Dean explains, "I can't say I relate to my character, but he's part of a story that's important to tell and one that definitely lives up to the título of the show, I think.”

We also just found out this was Dean’s televisão atuação debut. That’s right – first time out and he’s already proving to be fearless. Can’t wait to see what’s next!

Keep up with Dean Li at: link

Matt Shevin
Everyone wants to kill their best friend at some point, right? No, not literally. But that is the plot behind the new thrilling Lifetime Channel movie, “Her Secret Family Killer.”

When Sarah (Brooke Nevin) gets a genetic testing kit from her bestie Victoria as a birthday gift, she hopes to discover mais about her family lineage. Instead, her friend gets killed and that genetic gift reveals someone related to Sarah just might be the killer, possibly even her brother Will (Darin Brooks). As Roger, the local Sheriff and Victoria’s husband, investigates...
continue reading...
Big Laughs from Mary Stein on "Brooklyn Nine-Nine" and "Glee"
posted by HollyWoodBigFan 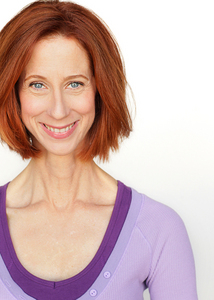 Actress Mary Stein
Looking for a few laughs? Then you’re not going to want to miss the 6-foot tall lanky redhead, actress Mary Stein. Tonight, Mary will be on the new sleeper comedy hit “Brooklyn Nine-Nine” on Fox. In the episode titled “Sal’s Pizza,” Mary joins in the chaos, alongside Terry Crews and Chelsea Peretti, as a ‘goofy-geek’ interviewing for a job at the precinct.

And, listen up “Glee” fans…you have something to be ‘thankful’ for when Mary returns to raposa for the ever-popular show airing on Thanksgiving Day. For the episode titled, “Puppet Master,” Mary pops up opposite...
continue reading...
Irene Yee stars on NBC’s hit-show SIBERIA
posted by HollyWoodBigFan 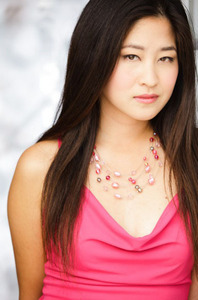 Irene Yee
In a seemingly ironic twist this summer, NBC decided to air a scripted show about a group of reality show contestants.

If you don’t know what I’m talking about, then you haven’t been watching “Siberia.” It’s got all the crazy antics we’ve come to expect in a reality show, plus the character storylines we amor from our scripted programs.

Rising actress Irene Yee portrays “Irene” on this “Lost” meets “Survivor” drama, which airs its season finale on Monday, September 16th. Throughout the 13 episodes, Irene and her fellow contestants have battled the elements and each...
continue reading...
INTERVIEW: Actor Jimmy Walker Jr from CBS Sitcom “United States of Al”
posted by HollyWoodBigFan 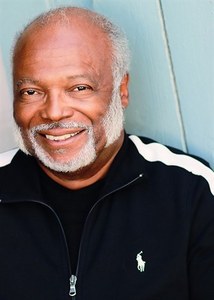 Jimmy Walker, Jr.
friends often arise when you least expect them. The CBS sitcom “United States of Al” chronicles the unlikely friendship between a combat veteran and an interpreter from Afghanistan, who helped the former while he served in the Marines, but now find themselves trying to readjust to normal life in Columbus, Ohio.

Actor Jimmy Walker, Jr. recently appeared in a recurring role as ‘Walt’, a military veteran who hangs out at the local bar, on the new show from executive producer Chuck Lorre and creators David Goetsch and Maria Ferrari.

This isn’t the first-time audiences have seen Jimmy. His...
continue reading...
INTERVIEW: Sierra Katow Writes for Aliens and Celebs on Disney+ Series ‘Earth to Ned’
posted by HollyWoodBigFan 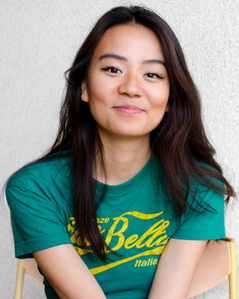 The show is the brainchild of those magical puppet people over at The Jim Henson Company and Marwar Junction Productions. And, Sierra helped to pen the recently released first 10 episodes, which includes celebrity guests such as Rachel Bloom, RuPaul, Taye Diggs, Raven-Symoné, Joel McHale and...
continue reading...
You Might Also Like... 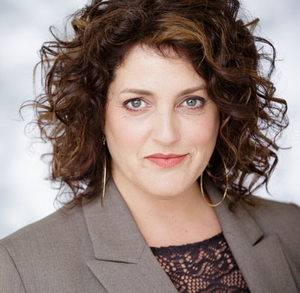 Stephanie Keefer
Presidential scandals are always shocking, but none mais so than when they involve sex – just ask Bill Clinton.

Ryan Murphy takes audiences back to the 90’s for the latest installment of his acclaimed FX drama series, “Impeachment: American Crime Story.”

The story revolves around a retelling of the sex scandal that plagued the 42nd President of the United States. This time, the point of view comes from the women involved, including the young White Intern Monica Lewinsky, her supposed confidant Linda Tripp, and the harassed Arkansas State employee Paula Jones.

Christine Syron
Most people amor a classic ‘who-done-it’ type of story. Investigation Discovery (ID) has been playing into that por serving up true-crime tragedies with their popular series link

Actress link has appeared in not one, but two episodes of this homicidal re-enactment show about friends murdering friends. The most recent titled “Band of Brothers,” finds Christine as a single mother faced with the brutal death of her son.

Of course, Christine has done some other stuff, too. She can be seen on the festival circuit right now in the dark comedy “Jesse’s Girl,” and she’s shooting a recurring...
continue reading...
Young Actress Vivian Kerr on "Masters of Sex" and "Criminal Minds"
posted by HollyWoodBigFan 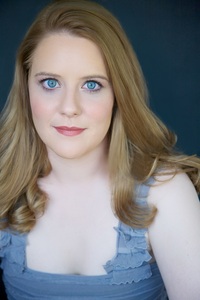 Vivian Kerr
If you’ve been watching TV lately, then you’ve definitely seen Vivian Kerr at work. Of course, you might not have realized you were watching the young character actress, since she seems to transform herself from role to role -- but you probably were.

Vivian’s latest TV appearance is in the current episode of Showtime’s sexually charged drama “Masters of Sex,” in which she heads back to the 1950’s portraying a wife who looks to Dr. Masters for help with her husband.

In case you missed Vivian, not to worry. On October 8th, you’ll be able to catch her as a distraught sister in an...
continue reading...
1
Nicole Stanton Shares Step-Motherly conselhos in Hallmark's “Wedding at Graceland”
posted by HollyWoodBigFan

Nicole Stanton
‘Tis the season to get married. And, if you’re a fã of the Hallmark Channel, then you can watch hopeless romantics get married all mês long.

The wedding bells were ringing for Kellie Pickler and Wes Brown in “Wedding at Graceland,” a sequel to their holiday hit “Christmas at Graceland.” When louro, laurel and Clay decide to tie the knot at Graceland Chapel, they only have 3 weeks to make it all happen.

Actress Nicole Stanton jumps into the planning phase as the traditional, pearl-wearing Isabel Couper. She arrives just in time to offer up some well-intentioned step-motherly advice,...
continue reading...
38
televisão Screencaps Resource Guide
posted by chel1395
This is a resource guide for anyone who is looking for a particular scene from a televisão show for a pick, a teste question, making graphics, etc. It's a work in progress...a list I compiled of every televisão episode I've found screencapped. NOTE – Most of the links below will take you to a gallery where each image must be downloaded separately. However, I have included TV shows where the imagens must be downloaded in zip files. If you find any link that is broken or goes to the wrong site, please comment and I'll fix it. If you know of any screencap resources that you wish to have added...
continue reading...
Actor Richie Stephens Brings His Accents to 'MAJOR CRIMES' and 'ROADIES'
posted by HollyWoodBigFan 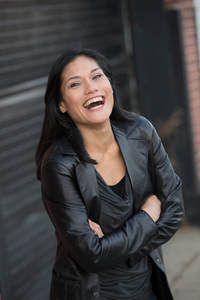 Celeste Oliva
The annual It’s a Wonderful Lifetime slate of Christmastime romance has hit the televisão network’s airwaves. Fresh out of the gate is “CHRISTMAS A LA MODE.”

The film is follows Emily (Katie Leclerc), as she tries to save her family’s dairy farm after the death of her father. But, Emily's sister, and her handsome business partner Charlie (Ryan Cooper), suddenly show up looking to sell the farm this Christmas. Emily comes up with a delicious plan, involving ice cream, and turns to friends and locals for support, including socialite Mrs. Carlson (Celeste Oliva). It will take a Christmas...
continue reading...
-1
Steve Testa Fakes Out Audiences on ABC’s “To Tell The Truth”
posted by HollyWoodBigFan

Steve Testa
Game shows are all the rage right now and ABC’s “To Tell The Truth” hosted por Anthony Anderson is no exception.

A modern reboot now in its third season, each episode brings in four celebrity panelists who are tasked with identifying from a group of three the “real” person with a unique experience or occupation. They take turns asking probing perguntas in the hopes of tripping up the impostors and revealing the truth.

Cameron Meyer
It’s hard to believe that natal was a mês ago. All the decorations are now packed up tightly, half the toys received are broken, the daily grind is back in full balanço and all those original natal TV filmes are long gone – or are they?

I have a feeling there’s one movie among all the new holiday tales that is still being saved on DVR’s everywhere (including mine). Of course, I’m referring to Melissa Joan Hart’s natal rom-com, “A VERY MERRY TOY STORE.” 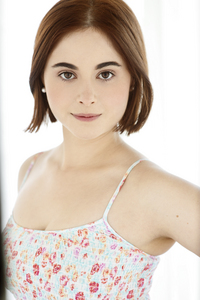 Claire Cohen
The recent Lifetime movie Britney Ever After was not without some controversy. Her steadfast fãs are not happy with the un-authorized biopic about their pop princess.

One upbeat note was the appearance of Aussie-actress Claire Cohen as Britney’s Assistant. Claire got to relive some of the stars best (and worst) moments.

This role isn’t the only one that Claire has been gaining attention for. She recently starred as in the black comedy indie film Skid Row Love as a young woman torn between amor and heroin. She also appeared in the UN Human Rights office’s award winning short The Riddle...
continue reading...
More Cards
1234567891011