3
It's Complicated Chapter Seven
posted by Sk8bordNewMoon
It's Complicated Chapter Seven
I started down the long drive way and had to stop to let several really nice cars in. I let several go por and thought it was the end when the coolest motorcycle I had ever seen came spending in. I watched as he passed me and park his bike up the drive way. He took off his capacete and he was the cutesy guy I'd ever seen. But I was mais memorized por his bike then actually him. I realized I had been staring to long because of the look on his face. I decided to sped off because it was embarrassing to sit there and stare at him. New people, they will be the talk of the town once school starts.
"I'm home!" I yelled as I went through the front door. "Any one here?!?"
"Oh Lila, you're home." Billy said oddly. "I thought you'd be gone longer!!"
"Nah, I got bored and came home." I said as laid on the couch. "There's new people in town too. They seem weird but oi I haven't met them yet!"
"Oh really"-
"Dad!" Jacob moaned.
"What is wrong with Jake?" I asked sort of worried.
"Just mono, beijar to many girls." Billy said as he tried to laugh it off. "Nothing too bad!"
"Jake has mono?!" I asked as I rolled on the floor laughing. "That is impossible! He has not been beijar girls!"
"Lila, you can get mono even if you have not kissed a girl!" He informed me. "I better go see what he needs. Why don't you go to the de praia, praia or something."
"Nah, I kind of want to stay here and watch tv." I said. "I will stay out of the way. I promise."
"No Lila. Get out of the house for the day!" Billy said almost demandingly. "Go on, everything is fine."
"Fine, but let me go to my room and change." I said. "It will not take long."
Billy sighed in frustration as he wheeled himself to Jake's room. Billy closed the door behind him. That was strange. I changed slowly. I did not want to go to the beach. Especially por myself! It was going to be boring. I walked out of the room and ran into something that felt like a hot brick wall.
"What the heck?" I muttered as I looked up.
It was Sam Uley, the most hated guy between Jake, Quill, Embry, and I.
"What are you doing here?!" I asked bitterly.
"You're not capable of understanding what is going on." Sam said. "You should probably go to the de praia, praia like Billy told you too!"
"Billy, I decided not to go to the de praia, praia today!" I yelled smiling. "It is not hot enough outside today."
"Lila, just please go!" Billy growled. " Just go somewhere! Somewhere that does not involve you here!"
"Fine, I am leaving." I said as I closed my bedroom door shut. "See ya later!"
"I walked out of the house and there stood Sam's gang members, Jared and Paul. I did not like them either. But how was I suppose to get back inside the house and figure out what was happening.
"Why are you two here?" I asked as I tried to squeeze I formation out of them. "Cough it up!"
They looked at each other with rather big eyes. But did not say a word after that to each other or to me.
I head towards the shed. There would be a clear shot to see into Jake's bedroom. I got there and they curtain were closed. I snuck behind the house and to my bedroom window which I left unlocked sometimes. I pushed it up quietly as possible and pulled myself in. I pushed the window down and went directly to my mural that was closest to Jake's room.
I could only here buts and pieces of the conversation that was going on. "Are you going to tell Lila-" and "No, she can't know about anything". I bet the what I heard first was Sam, but why would he know my name and the segundo was Billy but what came seguinte surprised me.
"I have to tell Lila, she's my sister!" Jake said. "I made a promise and I have to keep it!"
"No!"Sam yelled as I gasped as he voice echoed through the house.
It was really quiet for a minute. I creeped over to my cama and I slid under. I breathed through my mouth as I heard my door open.
"She's here and she knows something going on!" Sam half growled. "She has got to go! Why did you ever take her in! You knew this dia would come!"
"You know that this dia could have never came but it just so happen that it did!" Billy yelled."I had to take her in! I promised her parents! I keep my promises, she will not find out!"
Billy was angry, really angry. I smiled as Billy got onto Sam.
"Lila is in here, where is she?!" He growled. "Lila come on out, now!"
I jumped and hit my foot on the bottom of my bed. "Ouch!" I muttered as quietly as possible.
"Found ya!" Sam said as he grabbed my feet. I grabbed a hold of my cama and held tightly as he tried to pull me out. "Come on Lila! I found ya, give up!"
"Come on out, sweetheart." Billy said.
I swallowed hard and released my grip on my bed. Sam pulled me out and he looked ticked off! I wonder if I'm fixing to get in trouble?
AnonymousXXX, Naiya_27 and 1 other like this
surfergal I loved it!!!!!!! That was amazing!!!!!!!!! Please write mire if this soon!!!!!!!!!!!!!!!!!!! Please please please?!!
Sk8bordNewMoon Haha will do. Omorrow through. Thank you!!!
2
A Girl Named Lacey Chapter Nineteen
posted by Sk8bordNewMoon 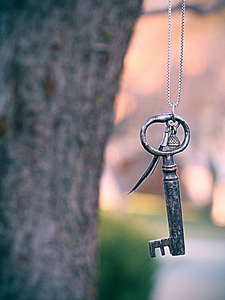 Emmett and Rose told her that she couldn't go to La Push.
I'll go to La Push and stay away from the wolves! I'm gonna go and you can't stop me. Lacey said.
Oh we can't stop you? Rose asked
No you can't! Lacey said.
Emmett went around and picked her up.
Emmett put me down right now! Lacey demanded.
I sat at the piano and watched as she tried to wiggle out of Emmett's grip. Emmett and Rose...
continue reading...
4
A Girl Named Lacey Chapter Thirteen
posted by Sk8bordNewMoon
A Girl Named Lacey Chapter Thirteen
Where did you all go? I asked.
I smell aweful from being outside, I'm gonna take chuveiro so get out. She said.
She went to La Push and she knew that she wasn't suppose to be there. But how did she find out about La Push and the treaty? She had to run into one of the werewolves! No wonder the dog smell is so strong on her!
I ran to Carisle's office.
Carilse, Lacey has been to La Push today! I said.
La Push? He asked confused.
Yes, you know with the lobos and the treaty line? I asked.
Oh I remeber that, I'm just confused on why she would go there. Carisle said.
If they...
continue reading...
2
Carter, Peter Pan, and The lost Boys Chapter Seven
posted by Sk8bordNewMoon 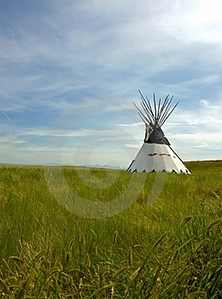 Thought this was cute!
Carter, Peter Pan, and The lost Boys Chapter Seven
Everything was going well. His mother and grandmother bothed looked at it. They were amazed that it stopped bleading.
I told them about the rash on your arm, they said they would like to look at it too. Nadan said as he translated what his grandmother had said.
No, it's okay, it's nothing. I can just stop practicing for a few days. I said.
They insist on it. He said.
No, it's okay! I said sternly.
Carter, you are going to insult them if you do not allow them to look at it. Nadan said.
Nadan! I whinned.
Come on it couldn't hurt you unless your are hiding...
continue reading...
3
A Girl Named Lacey Chapter Twelve
posted by Sk8bordNewMoon
A Girl Named Lacey Chapter Twelve
Hey guys! Got any ideas on what should happen? This is getting hard composição literária in Edward's POV because I'm not a guy and I don't know what they think!!!!

It was moving day, we had several cars that needed to be drove to Scottsville. I packed up Lacey's car that I would be driving to the new house. Lacey would be driving her motorcycle. Lacey had two cars. A motorcycle because when she was 13 and in middle school she needed to be able to drive herself. I was very surprised that Esme let her drive at the age 13. A lot of parents weren't very happy that Esme and Carisle were letting a 13 ano old girl drive, much less by...
continue reading...
4
The New Beginning Chapter 94
posted by Sk8bordNewMoon
New Beginning Chapter 94
Edward's POV
No, I killed your father. Collin said.
No, I did. Jared said.
No, I did it. Cooper said.
Scarlet was a bit shocked and confused.
Who are you all covering for? She asked oddly.
No one answer. Sam was mad that half of his pack had defended him.
I promise that I will find the person you are covering for. She said to Sam.
Scarlet, I am the one who really killed your father. Sam said.
No you didn't! I did! Jared said almost proud.
I am going to find the Nadien and get him to fess up. Scarlet said.
Why does it matter if your father is dead? It finally got him off your back...
continue reading...
4
A Girl Named Lacey Chapter Three
posted by Sk8bordNewMoon
A Girl Named Lacey Chapter Three
Okay so I have decide to skip progressivo, para a frente a few years, :D. Hope yall enjoyed!
This is always in Edward's POV. I thought I would try a guys POV for a change! Enjoy...

Sixteen Years Later
I don't get why we are having to move, again! Lacey comlained.
I know sweetheart but Carisle is getting a better job in Scotts. Esme said.
But Mom-
I'm sorry renda, rendas, laço but no buts. Esme said.
Lacey stomped out of her room and down the stairs to the living room.
Edward can't you change her mind? Lacey asked.
"No can do"
She plopped down on the couch, she didn't want to move.
Can we rent a movie tonight?...
continue reading...
More Cards
12345678910111213141516171819