Number One Idiot
I am a medical student currently doing a rotation in toxicology at the poison control center.
Today, this woman called in very upset because she caught her little daughter eating ants.
I quickly reassured her that the ants are not harmful and there would be no need to bring her daughter into the hospital.
She calmed down and at the end of the conversation happened to mention that she gave her daughter some ant poison to eat in order to kill the ants.
I told her that she better bring her daughter into the emergency room right away. Here's your sign, lady. Wear it with pride.

~~~~~~~~~~~~~~~~
Number Two Idiot
Early this year, some Boeing employees on the airfield decided to steal a life jangada from one of the 747s.
They were successful in getting it out of the plane and home.
Shortly after they took it for a float on the river, they noticed a Coast Guard helicopter coming toward them.
It turned out that the chopper was homing in on the emergency locator beacon that activated when the jangada was inflated.
They are no longer employed at Boeing.
Here's your sign, guys. Don't get it wet; the paint might run.
~~~~~~~~~~~~~~~~~
Number Three Idiot
A man, wanting to rob a downtown Bank of America, walked into the Branch and wrote this, “Put all your muny in this bag.”
While standing in line, waiting to give his note to the teller, he began to worry that someone had seen him write the note and might call the police before he reached the teller's window.
So he left the Bank of America and crossed the rua to the Wells Fargo Bank.
After waiting a few minutos in line, he handed his note to the Wells Fargo teller.
She read it and, surmising from his spelling errors that he wasn't the brightest light in the harbor, told him that she could not accept his stickup note because it was written on a Bank of America deposit slip and that he would either have to fill out a Wells Fargo deposit slip or go back to Bank of America.
Looking somewhat defeated, the man said, “OK” and left.
He was arrested a few minutos later, as he was waiting in line back at Bank of America. Don't bother with this guy's sign. He probably couldn't read it anyway.
~~~~~~~~~~~~~~~~
Number Four Idiot
A motorist was unknowingly caught in an automated speed trap that measured his speed using radar and photographed his car.
He later received in the mail a ticket for $50 and a fotografia of his car.
Instead of payment, he sent the police department a photograph of $50.
Several days later, he received a letter from the police that contained another picture, this time of handcuffs.
He immediately mailed in his $50.
Wise guy ... But you still get a sign.
~~~~~~~~~~~~~~~~
Number Five Idiot
A guy walked into a little corner store with a shotgun and demanded all of the cash from the cash drawer.
After the cashier put the cash in a bag, the robber saw a bottle of Scotch that he wanted behind the counter on the shelf. He told the cashier to put it in the bag as well, but the cashier refused and said, “Because I don't believe you are over 21.”
The robber said he was, but the clerk still refused to give it to him because she didn't believe him.
At this point, the robber took his driver's license out of his wallet and gave it to the clerk.
The clerk looked it over and agreed that the man was in fact over 21 and she put the Scotch in the bag.
The robber then ran from the store with his loot.
The cashier promptly called the police and gave the name and address of the robber that he got off the license.
They arrested the robber two hours later.
This guy definitely needs a sign.
~~~~~~~~~~~~~~~
Idiot Number Six
A pair of Michigan robbers entered a record comprar nervously waving revolvers.
The first one shouted, “Nobody move!”
When his partner moved, the startled first bandit shot him.
This guy doesn't even deserve a sign.
~~~~~~~~~~~~~~~~~
Idiot Number Seven Arkansas:
Seems this guy wanted some cerveja pretty badly.
He decided that he'd just throw a cinder block through a liquor store window, grab some booze, and run.
So he lifted the cinder block and heaved it over his head at the window. The cinder block bounced back knocking him unconscious.
It seems the liquor store window was made of Plexi-Glass.
The whole event was caught on videotape.
Yep, here's your sign.
~~~~~~~~~~~~~~~~~
Idiot Number Eight
I live in a semi-rural area
We recently had a new neighbor call the local township administrative office to request the removal of the Deer Crossing sign on our road.
The reason: “Too many deer are being hit por cars out here! I don't think this is a good place for them to be crossing anymore.”Take the sign - Please!

~~~~~~~~~~~~~~~~~
Stay Alert!
They walk among us ... they Reproduce ...
deathding, capricorn_angel and 9 others like this
mrsspencereid stupid people. their stupidity, our entertainment.
Spi_Kat_Penguin XD, lol, I know right!?
LinaHarrow OHMIGODLove.
r-pattz LOL. I love 5 and 8 especially. xD
teamsalvatore98 5 and 8 are my favorites. xD But I loved them all.
Jeffersonian Yeah, the stupidity of this world is worrisome at times.
7
Billboards topo, início 100 Artist of 2010
posted by lexie2635
1
LADY GAGA 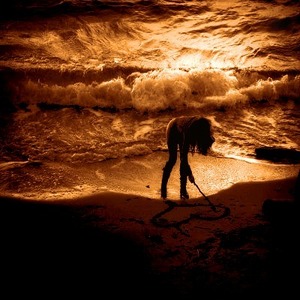 Hey, I got bored and was flipping through some papers, and I saw where I started to write this song. So I edited what was there and tried to fix it up some and added the rest. It was just for fun. Hope you like it.


INTRO:
(Hey oi Hey)
Hear what I say
I need you I want you
(Come closer)

And, and
Oh I know, oh
Theres, theres mais to life.
Than waiting, for you to realize.
(What you need, its right in front of your eyes)
But really, its all I wanna do.
Just be with you, be with you

&& I sit here
With my head hung low
And the phone in my lap.
I sit here
Wait for you to call back
(But you never...
continue reading...
7
Poor Guy (joke) recommended for +15
posted by nessienjake
It was on my email and I found it funny so I decided that other people might read it too :)

A man escapes from prison where he has been for 15 years. He breaks into a house to look for money and armas and finds a young couple in bed.

He orders the guy out of cama and ties him to a chair, while tying the girl to the cama he gets on topo, início of her, kisses her neck, then gets up and goes into the bathroom. While he's in there, the husband tells his wife:

"Listen, this guy's an escaped convict, look at his clothes! He probably spent lots of time in jail and hasn't seen a woman in years. I saw...
continue reading...
11
My "Autobiography"
posted by funnyshawna
oi there Delilah, I’ve been pacing the pews in a church corridor, but I’ve got a short attention span. I’m a natural disaster, and…oh, wait! Here I go again! I’m cinderela on her bedroom floor, oh dear Butcher, what happened? I’m gonna sleep my whole life away, cos I’m only waiting on the seguinte best thing. I’m a sheepish wolf, but I only eat buttons. Don’t you even think of putting your teeth on me! Now I’m of consenting age, but I’m forever young. I’m the greatest thing you’d ever imagine, but I’m sick and tired of waiting in your red pick-up truck. I’m headed...
continue reading... 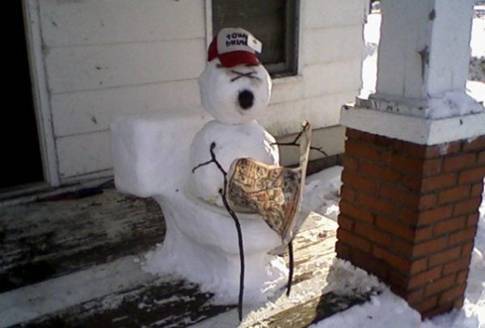 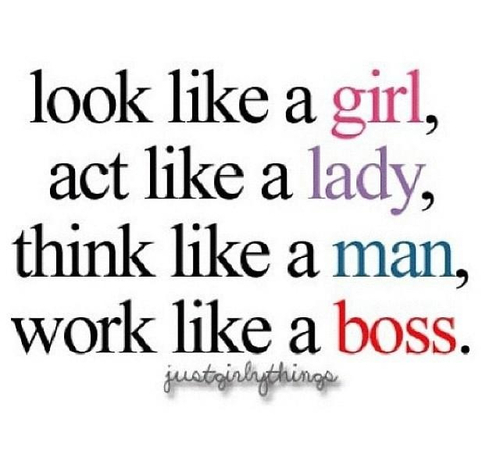 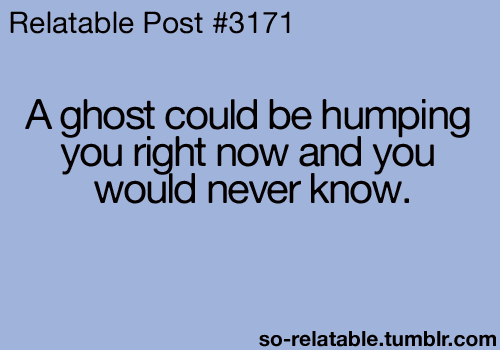 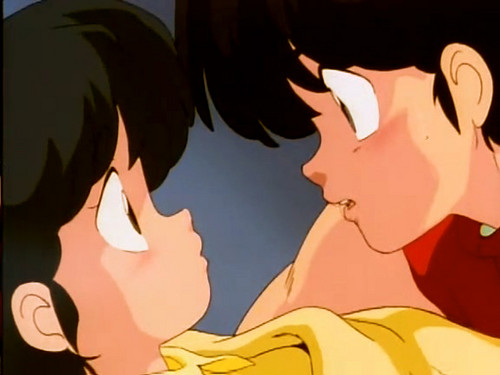 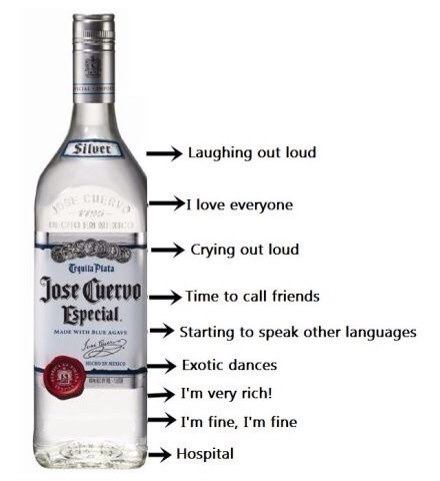 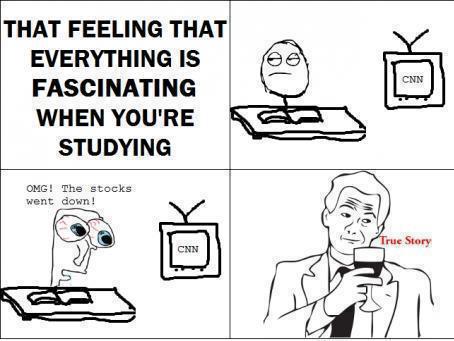 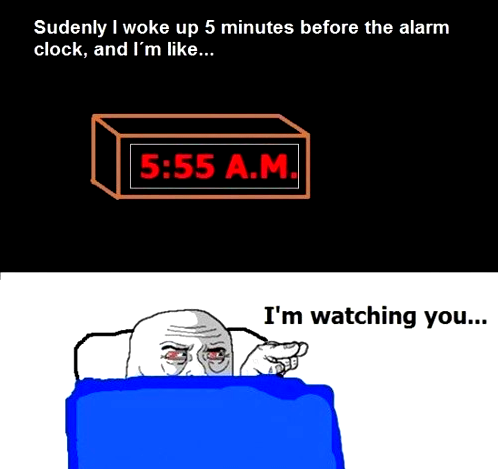 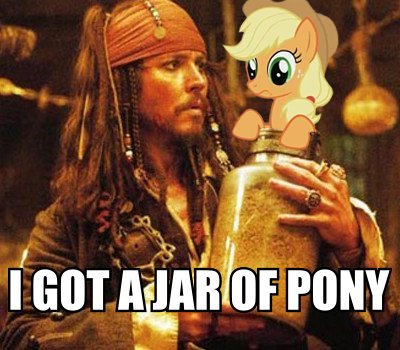 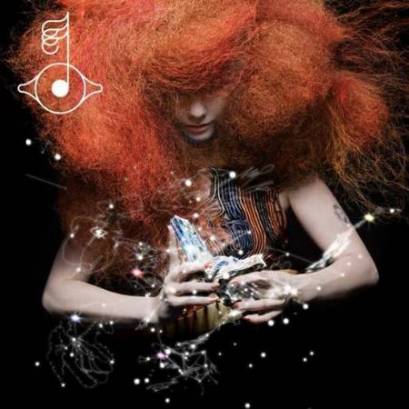