2
Fangirls
posted by sideshowbobbart
This short insight as the main aim takes one particular social group – fangirls. Scientists argued (and still do) many times whether distinguishing aforementioned group from the rest of society is valid or not, but one brilliant researcher pointed out that even sociopaths are being classified as separated group, so why not fangirls. This small research is written in his memory, because the group, he spent his entire life researching on, got him into their hands and now his relics are unable to be traced por Interpol. But probably are worshipped somewhere. Along with the part of his shoelace.

Fangirls:
To better understand this mercury[1]-swift group, we must first understand its place in the animal kingdom, and its place in human society.
Although researchers did come across some males in the group, called “fanboys”, they do not take much responsibility in the group. It is even hard to check if they perform any procreation tasks. This led many to think that fangirls multiply por parthenogenesis. It is also possible for normal human being to transform into fangirl in an instant. The origin of such change remains unknown. It is probably due to some unidentified “fangirl inhibitor” or sudden shift in hormonal balance.

The typical representative of the group, in this paper called “fangirl”, belongs to:

Subspecies – Homo fanaticus (fangirls, kyaagirls, etc.) with two sub-groups: homo fanaticus fangirlus asiae and homo fanaticus fangirlus europae. Scientists tend to separate Homo fanaticus as the sub-branch of Homo, along with Neanderthals though. Unless this will be proven one day, science keeps the old taxonomy.
And now the most difficult part – to describe this group which cannot be easily put under observation like chimpanzees or asked perguntas like every test group of normal people. For now, scientists say this in unison – fangirls do belong in the human society, classified somewhere between psychopaths and sociopaths. Their average age is between 14 and 25, but it is not uncommon to see ablaze 10 years-olds along with 40-somethings. Their behavior is highly erratic and therefore impossible to predict. In the same time, scientists that spent their lives on attempt to do this, left the field and started to predict earthquakes or alien attack saying: “This is f*cking maçã, apple pie comparing to that hell!” (Ann Noyed, How to Dismantle a Fangirl, Sexford, 2010, page 69).
To understand a fangirl it is essential to know the object of her adoration, later in this research called OoA (Object of Affection). It may be: an actor (real life), singer (real life), animê character (celluloid), comic character (cellulose) or video game character (bunch of pixels). The biggest danger appears in two first classes of objects, because fangirl tends to blend reality with fiction as seen in MV or movie and it is hard to state if a fangirl worships an actor or his character from the set. The latter case is called OMG (Obsolete Mind Gone). The last classes (anime/comic/game) are incurably retarded.
It is also hard to interview a fangirl. She always sniffs some tricks luring her into a trap. Any pergunta can be interpreted as blasphemy and retorted with violence. It is also typical for a fangirl to start her argument with either a pergunta or a negation. It has completely nothing in common with the preceding statement. Example:
1. “For me, personally, I judge his last performance as a weak one. Plus, the outfit was idiotic.” (usual statement of a moderate dose of harshness, with a grain of personal opinion)
2. “Are you deaf???!! Or blid??!!1 It was the most perfect show!! And you just hate him! And he didn’t even KILL u!!” (usual response of an irritated fangirl, mental age around 13)

The scene starts with Yoyo walking the park; bored out of his fricking mind; a set-up for a party behind him as he looks down at the dog at his feet.

"Where the Hell is everyone...?" he mutters to himself as he kicks the dog in front of him. "I thought there was gonna be a party..." Yoyo sighs and kicks the dog again so hard; the dog turns around and bites his ass. Yoyo; out of frustration; kicked the dog powerfully.

The dog yelps and runs away; leaving Yoyo all alone to his boredom again. "Fuck...WHERE IS EVERYONE!" Yoyo finally cries out; and then decides to break into the local liquor store and steals some drinks for the party.
7
9 fun things to do that will scare people outside
posted by wierdgem7
1. When they're using an ATM machine, look at them with binoculars, then when they've finished go up to them and say "I didn't quite see the last two numbers. What were they?"

2. When you see a dog out on a walk, get on all fours and start barking and growling.

3. Choose a aleatório person in the rua and go up and propose to them. With one of those haribo geléia, geleia rings.

4. Go into a computer comprar and ask for a flux-capictor.Or whatever it was in BackToTheFuture.

5. In the middle of the rua break out into a really active OTT dance.Do windmills and shake your hair about and do a worm etc.

6. Go out to the grocery store with legwarmers on every available part of your body. Ask them if they sell gloves.

7. Buy some face paints and paint your whole face blue then run outside screaming.

8. Break out into song really loud in a really public place, like they do in musicals.

9. Buy loads of fake rubber lizards and stick them all over your clothes. Walk about everywhere.
1
Dam Dadi Do Lyrics
posted by invadercalliope 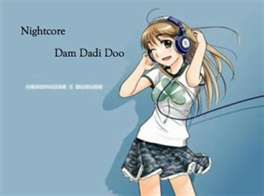 Five easy ways that lemons can kill you. (some of these are ironic, but if you think about it, sometimes they can happen!!!)

1. A limão is lying on the topo, início step, and you are carrying your laptop in your hands when your about to go down the steps. segundos later you land on your ass, and seguinte you are in the hospital with a severe concussion.

2. A limão is sweet and fresh, and your mother uses it in her cooking. of course, she doesn't see the bite marks on the back of the limão that was created por your dog when the basket was too close to the edge a few days ago, so she squeezes the limão into her...
continue reading... 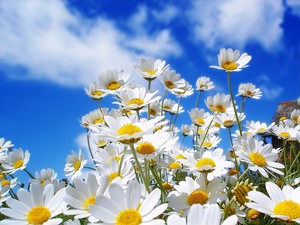 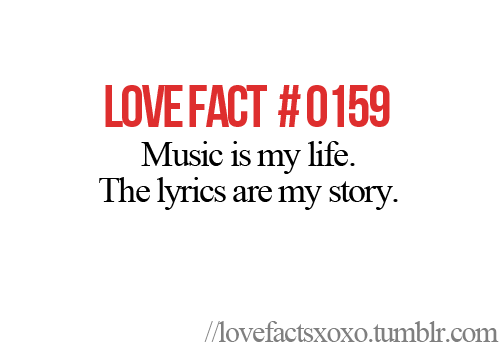 2
When you see it
added by Bluekait 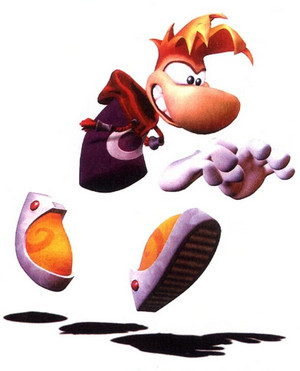 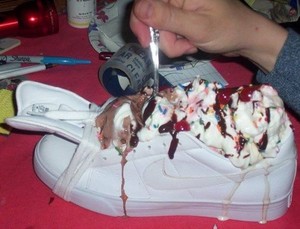 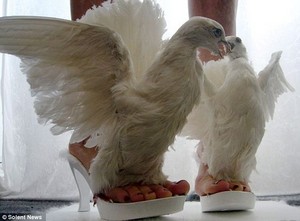 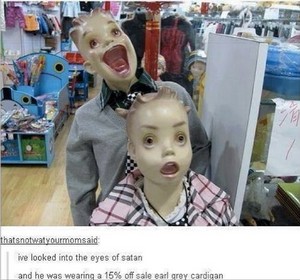 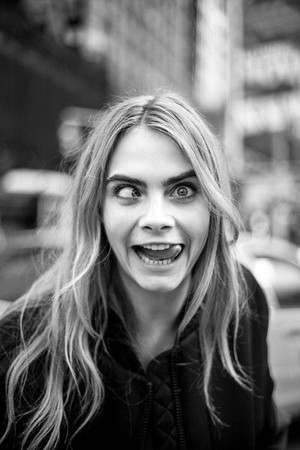 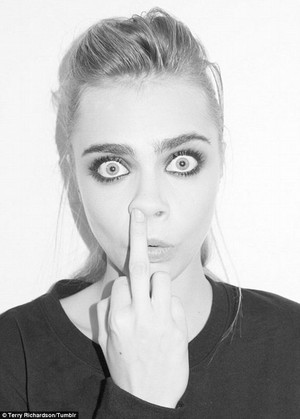 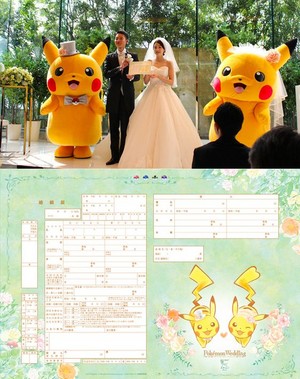 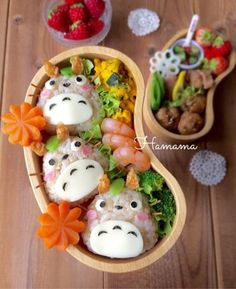 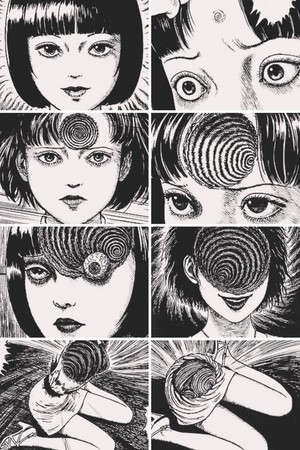 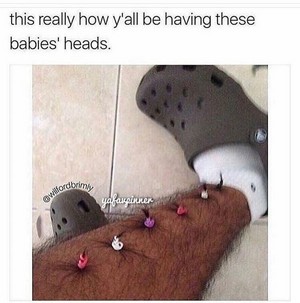 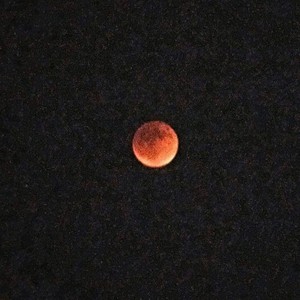 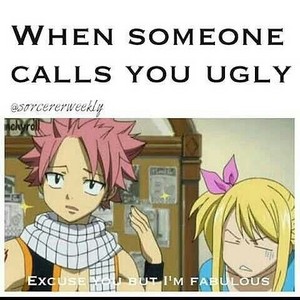