over a year ago Bananaaddict said…
Well, I'll start by answering the first question up there. ...Do I hate Kyubey? No. Do I pity him? Not really. Most people I know have stated that they feel one of those ways or the other about him, but honestly, I don't hold anything against him. If I were a member of an advanced alien society and found out that I could prolong the life of the entire universe simply by killing some creatures I considered to be on the level of cattle and were seemingly in abundance, I would not hestitate either. As much as so many people hate him or pity him for not being able empathize with the girls, I felt like I could understand him more than any of them. Weird, I know. @_@

over a year ago missracoon said…
1. I feel sorry for him, he gets bashed too much and i actually like him a bit.
2. I liked him too, the fact he gets bashed just because he gets in way of SayakaXKyoko\because he upset her without knowing pisses me off.
3. Yes it states that more in the game.
4. I would have wished for incubaters to have feelings.
5. I don't know, she really felt strongly for her...also somewhere in the manga she appearently states she doesn't get marriage between a man and a woman...(that may have just been fanart though i don't know) but she didn't seem to care for the others as much in fact she only did stuff for them for Madoka's sake it seemd...she could of had a crush on her i don't know...
6. Mami, i loved her way of speaking and her character.
7. Backstorywise i will go with Homura.
8. Personality...Homura maybe.
7. I don't know outfit-wise but i would wish for incubaters the have feelings like i said. 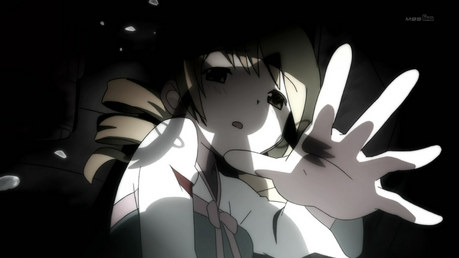 over a year ago mglncurefate said…
i will answer some of your questions
-i think madoka wish for save all puella magi,maybe?
-homura cared because save madoka is her dream ,if madoka die its too cruel for her
-my favorite character is Homura why? cause the personality is like me,i love her weapon,in school she looks like sweet and shy character but in puella magi form or in battle she is rally strong,smart and cool,its really different from other character!
-i wish to erase world sadness and make it peace and to be strong puella magi,outfit? i will wear blue dress,not to frilly,cool! 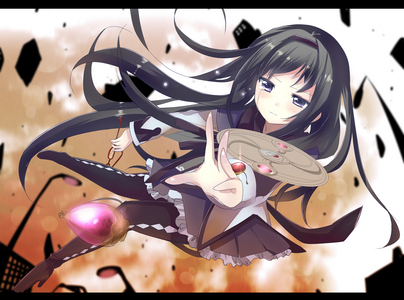 over a year ago BlondLionEzel said…
1. Meh
2. I don't like him because he chose Hitomi over Sayaka
3. I would think so
4. Of course I wouldn't
5. four letters, one word: LOVE. I would do the same for my GF, Lotte
6. Mami, she had the best outfit, I felt sorry for her, and she's just very pretty
7. Outfit: Like a dragon, Wish: to be able to turn into a dragon

over a year ago Alchemistlover said…
1. Honestly "asshole" was how i described him at first but actually by episode 12 i figured he just didn't understand humans. Pity him? nah.....
2. I can't say i hate Kyouske but i can't say i like him either. To me he should have returned Sayaka's feelings but he had aright to love Hitomi.
3. I think because she starved as a child she tried to make up for it by eating like crazy. Also the food may help her not think about her past so much
4. To be honest i'm not sure what i would have done in Madaok'as situation.
5. Wasn't Madoka the one person at school who talked to her really? i mean without asking her a bunch of questions and stuff. i don't think Homura had a lot of friends growing up with a heart problem and Madoka was the first person who opened up to her and she admired her ability to hunt witches.
6. I think it would be either Sayaka because of how human she is. She's such a beautiful tragic character i also think Kyoko's awesome because of her personality and how much she went through. My favorite tends to flip between those two XD
7. I would want an outfit like Sayaka's or Kyoko's. My wish.....? not sure if there's anything i'd so desperately need a wish for but i'd want a wish to help my family 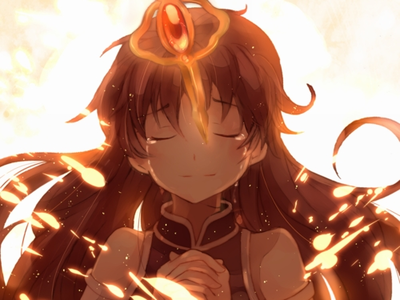 over a year ago i_am_me_forever said…
Am I too late to answer? Meh~ whatever I'll just do it anyways

What do you think of Kyuubey? Do you think he's really evil, did you pity him? What were your general thoughts about him?

Kyuubey is evil ( what I think) Nah I didn't pity that thing at all. Without kyubey magical girls wouldn't exist so.... I do give him credit for that. Kyubey just makes the story 100 % way more interesting.

-What do you think of Sayaka's crush? Do you like him or not, and why?

Sayaka's crush? My hatred for that guy burns of a passion a billion suns. Why? Reason1: that guy self pities himself too much. Reason2: He can't move on with a broken arm. Unlike other people who have disabilities who still move on in their lives. Reason3: this is the main reason I hate the guy. He NEVER EVER raveled his feelings to Sayaka which eventually causes her to suicide which eventually causes Kyoko to SUICIDE!!!!! ( my note:Kyoko is by far my favorite girl in the whole anime world) so the guy technically is the cause of not one but 2 deaths.

What is with Kyoko and food? Do you think it has to do with her childhood?

I think once in her life she starved and in that state she was grateful for all the foods she had. So she finds food a lot more precious than most.

-What did you think of Madoka's wish at the end? Would you have done the same, would you have slightly edited her wish and changed it to something else?

I would wish for unlimited wishes first. ( Loophole!)

Then I would wish that all of these things didn't happen but we were still magical girls and had memory and were in the present. The end :)

-With Homura and her timetraveling to say Madoka, why do you think Homura cared so much for Madoka that she would be willing to go back in time for her?

Homura may cared for her so much because she was her dear friend? I think.

-What was your favorite character and why? The backstory? Character personality? Outfit?

Kyoko! You'll never find a character like Kyoko at all! She is cute, cool, and BADASS! Whenever I see Kyoko I get reminded of myself because I eat a lot, I do have teeth like hers, and I have the same style as her. Her backstory is not so interesting, I love her personality, I freakin love her outfit ( and weapon). In my mind, If I look in a dictionary and find the definition of perfection I'd probably see a picture of her in the dictionary.

-If you could be a Puella Magi, what would your outfit look like, and what wish would you trade for your soul?

I'd like it to be like Kyoko's or something badass yet cute. My wish would always be unlimited wishes anytime, anyplace. I would then wish to help people with illnesses(especially cancer and etc.) also I would help others victims ( physically or spiritually)and sinners. And obviously I'll use those wishes for battle or for unlimited life etc.

over a year ago Nric said…

-What do you think of Kyuubey? Do you think he's really evil, did you pity him? What were your general thoughts about him?
He's not good or evil. He's true neutral and emotionless. Why should I pity emotionless creature? It's stupidly. I slightly like him cause he's an alien. I adore aliens!!!*_*

-What do you think of Sayaka's crush? Do you like him or not, and why?
A blind idiot-_-

-What is with Kyoko and food? Do you think it has to do with her childhood?
Perhaps so

-What did you think of Madoka's wish at the end? Would you have done the same, would you have slightly edited her wish and changed it to something else?
No. My wish will be different. I wish an alcubierre drive and new space era for humanity. I wish to open new borderlines for myself and research the universe.

-With Homura and her timetraveling to say Madoka, why do you think Homura cared so much for Madoka that she would be willing to go back in time for her?
She loved her. It's obvious!

-What was your favorite character and why? The backstory? Character personality? Outfit?
Homura Akemi. She's selfless and cute^^

-If you could be a Puella Magi, what would your outfit look like, and what wish would you trade for your soul?
I said about my wish already (in question about Madoka's wish). I would like to wear black clothes with star pattern.
Something to say? Sign in with one of these options:
Log in to Fanpop! Not yet registered? Create a new Fanpop account!