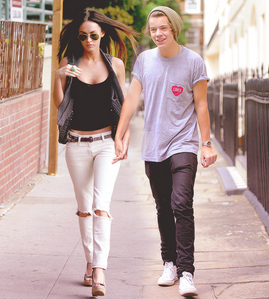 Perrie & Harry♡
Perrie's P.O.V
"Perrie,wake up! Some guy is outside of the flat and I'm freaking out!" Josiah poked my face
I groaned,twisting his arm a bit. I twisted around to face the back of the couch.
"PERRIE!" Josiah screamed in my ear
I winced,"Damn it! Okay,I'm getting up!" I hopped upstairs,throwing on my white ripped skinny jeans,black tank top,and grey vest. I slipped on my wedges and ran downstairs.
"Okay,where the fuck is this guy?" I snapped at Josiah,he was staring right at me
Josiah snapped out of his 'trance',"He's outside,darling"
I raised an eyebrow,"Okay,love" I whistled as I stepped out of the door,wincing at the bright sun
A boy with curly hair approached me,"Perrie?"
"WHAT THE FUCK?!" I screeched
"Calm down,Perrie!" He tried calming me down
I blinked a few times,staring at the beanie that pulled back his curls,"Harry..how..did you..know??"
He sighed,"Perrie,babe. I know you're hungover or something,but I remember coming here. We messed around"
"You think you can still fucking come here? You know this isn't my fucking flat,right? It's some other guy's flat. Not mine! Me and Eleanor live with him. We're flatmates basically..if that is even a fucking word. You scared the fuck out of me,Harry! Do you know how-" I began rambling
Harry pulled me towards him,pressing his lips onto mine. I winced,pulling away. I shook my head fastly.
"Harry,no.." The memories flashing through my head
All the time I was used and abused. I gave them all my sugar,but they still used me. I was trying to be sweet. But life..it just doesn't like me. I was still torn and hurt. Illusion never changed into something real.
"Perrie,I know you're still hurt from everything,but I can change that.." He muttered
I shook my head,"HARRY! You don't understand,do you?! You're famous. Everyone will hate me. They've seen us together. We made our 'fling' public and everyone still hates me. All the guys go for me because they know I've been with you,Styles. They know everything about me. Your little fãs found out things about me that were secrets. I'm abused because of this bullshit. Of course,I'm still torn,Harry! I was already torn when I met you! But you helped me through lots of things...and I amor you for that,but I still am torn!"
Harry stared at me,"Perrie,just one chance"
"I can't"
"Please"
I closed my eyes,"Once shot. One chance."
Harry took my hand in his warm one,"Perrie,you know I'd never hurt you"
"Who says people don't change?" I mumbled
Harry sighed,"C'mon"
I pulled away from him,"Hold on,I need to get my phone.." I threw the door open,hopping in
"What happened?" Josiah and Eleanor were on the couch,staring at me
I narrowed my eyes at the two,"I'm going somewhere with him. And I expect you guys to be here. You better not leave to the clubes without me" I screamed as I went upstairs,snatching my phone from my bedstand. I threw it into my bag that had my wallet. I skipped downstairs,throwing Josiah a travesseiro that was at the foot of the stairs.
"HEY" Josiah screamed
"Hello" I giggled as I shut the door to the flat,following Harry into his Bentley.
Harry smiled at me,almost a smirk,"Perrie,you're looking pretty today"
"Could've told me that earlier" I rolled my eyes,laughing silently at the green eyed boy
Harry hopped out of the Bentley,"We're here"
"Nando's?" I giggled,ducking out of the car
"Yeah" He said,taking my hand in his
"Is Niall inside?" I asked,already knowing the curly and blonde boy pretty well
Harry nodded,"He's with some girl,Madison. Never got to meet her,but Liam always tells me that they're madly in love"
"Oh,my little leperchaun got a girlfriend!" I squealed
Harry laughed,pecking my cheek lightly. I blushed,poking his cheek teasingly. Harry was on his phone,with his free hand. My phone vibrated in my bag,I took it out with my free hand. Oh gosh,it was a tweet from Harry.
I'm back with my babe @PerrieCalder5 I amor her! instagramphoto/perriecalder5/.com
I instantly had a blush on my face. Harry was quick to notice. He smiled at me,squeezing my hand slightly. I grinned,squeezing his hand.
Aw,I amor you too,babe. @HarryStyles Maybe Maybe Maybe..YES I do,love you
Harry chuckled at my tweet,almost bursting out in hysterics. I smiled sweetly as we entered Nando's
~`~`~`~`
Holy Mothers. I'm Sorry..Anyone Who Was Waiting For This..Sorry! seguinte Part Will Be The Double encontro, data at Nando's! YEAYY! Haha,byee 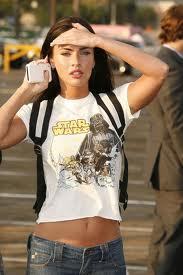 Harry's Instagram Photo Of Perrie♡
arielh6 and Styles69 like this
Styles69 Nice!!!!
ZoeyMalik28 @Styles69 Ah,Thank You
nivi20997 I was waiting for this for a long time!!!! Loved it!
nivi20997 And sorry I would not be able to upload my fanfic soon cuz my school starts tmrw after Christmas vacation!!!!!
ZoeyMalik28 @nivi20997 Aww,thanks<3 Boo! Aw well! I can wait(:
livy5674 <3 <3
ZoeyMalik28 @livy5674 Thank You<33
Skylerisawesome i love it Zoey!
1
Save you tonight chapter 2
posted by kaitadam
Everyone does..." said al. That's true said Liam." He helped me limp over to where I said my friend was which really some aleatório girl was. And I turned to say Thanks when I realized I wasn't really hiding my face anymore. Oh my god. You look just like Louis! Said Liam. What? No I get you all set said Liam. "No, no. Its fine, Liam said al."You know my name? Said Liam. Um Yeah... don't say Al." Yeah you do... You could be his twin said Liam. I know. It's because I Am said Al" .What! Said Liam. Yeah__said al uncomfortable. "But Louis only has 4 sisters Said Liam. Yeah Lou didn't tell anyone about...
continue reading...
3
música Sounds Better With U ~ Chapter 1 Part 3
posted by nevenkastar 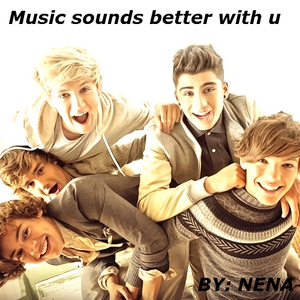 
Find a girlfriend Romeo…=P
I’m really sick of him. Why is he such a bore?

I’m trying at this moment. Xx
Confident guy…I want to know who he is….

Can you at least tell me your name?
I send the message and waited.

Why don’t you tell me your name 1st? Xx
I looked shocked at the message. Is he joking with me?

…because I asked you 1st. Why are you atuação like a little child?
I send it and in less than 20 segundos the new SMS came. He was fast.

It’s not like I have to act like an adult. Oh and btw my name’s...
continue reading...
Janet Devlin opinion on 1D
posted by lois4 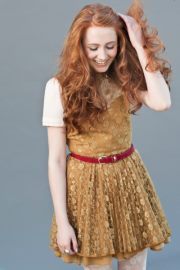 Janet Devlin is a topo, início contender on this years X factor. She is a favourite on twitter and her voice is so shy but yet so unique. Niall Horan from One Direction has 'got his eye on her' and it has been rumoured that he has been DMing Janet alot on twitter, which Janet isn't to pleased about. But who knows what might happen when they meet when One Direction perform on the X factor on November 13th!

pergunta asked to Janet in her video diary!!:

Do you like One Direction and who is your favourite???
Janet Devlin: "I do like One Direction, yes, I
supported them in the shows as well as Matt Cardle, i like both of them, errm and my favourite, i don't actually have a favourite cause i can't really pick them out unless i get to meet them, so!" 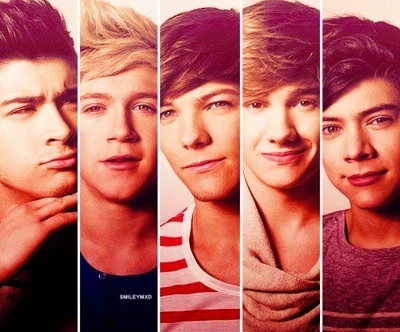 4
1D tour!!!!
posted by lois4
X Factor's One Direction boys have got us reeeeally excited about their tour!
X Factor stars One Direction drove fãs crazy in Scotland - imagine what the tour will be like?!
Posted: Wednesday 29 Dec 2010


X FACTOR'S coolest new boyband One Direction have got us dreaming about their tour.
We screamed for One Direction every single week of the X Factor 2010.

And the boys were back on stage in Scotland last night reminding us fãs exactly why we amor them so much.
Harry, Niall, Louis, Liam and Zayn drove the crowd crazy at the HMV Picture House in Edinburgh, belting out Viva La Vida, Forever Young, Torn, Chasing Cars and Only Girl (In the World).
And the lads are now getting excited about their potential UK stadium tour.

Niall tweeted: "Our first trip to scotland it was absolutely incredible, can't wait to come back for the tour."


Well we can't wait to see you lovely lads. Bring. It. On. 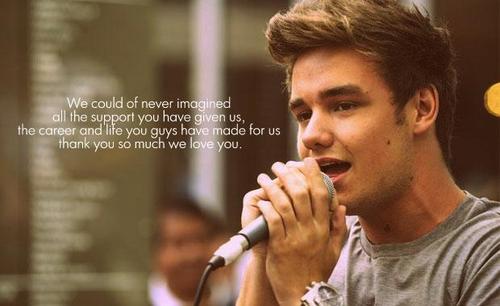 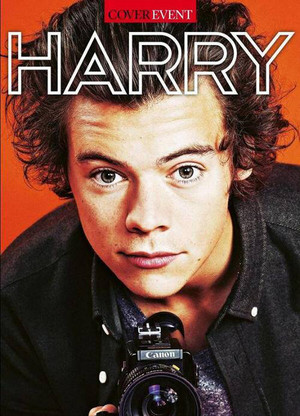 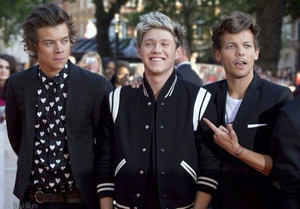 2
one direction
added by Blacklillium 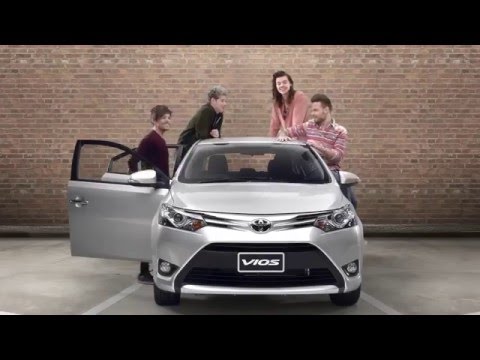 1
Made in the A.M. Lyrics
added by Blacklillium
Source: preciousniam.tumblr.com/post/132943848848/made-in-the-am-lyrics

Made in the A.M. Lyrics
added by Blacklillium
Source: preciousniam.tumblr.com/post/132943848848/made-in-the-am-lyrics