1
On The Start of the New Outlaw queen Arc
posted by zanhar1
I think that Tougher Than the Rest was a pretty solid and enjoyable episode. And with Robin coming back on the screen there have been a mix of opinions around the net. Personally I'm very excited for it.

I'm gonna get the negative out of the way first. The one thing I didn't like about this episode was that it seemed so rushed. For one I'm surprised that they left the wish realm so quickly, in one episode. I've noticed that lately Once has been action, action, action, and not enough plot. I do think that the wish verse should have been expanded on and used more. I mean there was a lot going on; old Hook, Henry wanting vengeance, the nature of the Queen's defeat, dead Belle, the Robin story, etc. All of this was shown to us, and yet none of it was expanded on. Going into the episode--spoiler free--I was expecting it to be one episode in a long line of many wish-verse episodes. Apparently this isn't the case, and that's a shame. I think it would have made mais sense for Regina to interact with Robin in the wish world instead of bringing him to Storybrooke.

That's the area that I think got the most critique. Understandable critique; so many people questioned the logic and continuity of the wardrobe. If I'm not mistaken only one or two people could go through it. One of my intimidate thoughts was that, "yo, guys, this is not gonna work, the árvore has rules." But upon thinking about it, I think it actually kind of makes sense. For one thing, August stated that the árvore had 28 years to grow in the wish world and thus it's magic was mais powerful. Perhaps this means that it was powerful enough to transport three persons as opposed to just two.

On topo, início of that, the wish world was just that, a wish world. If you have enough faith in your dreams, you'll achieve them in the wish realm.

I think that the entire episode had a very strong emphasis on belief right from the start. Young August told orphan Emma that she could shape her own fate if she believed in it. That was the whole point of the Ugly patinho bit and when she believed, she became Emma Swan. She made the name cisne for herself. I think that the wish realm followed this same episode theme. Regina's belief got her somewhere. After all it is a wish realm and if you have faith in your wishes and dreams they can happen; that's what a wish is, right? Hope itself has also been a huge theme throughout this entire season; one of Gina’s biggest character arcs has been her trying to fix her pessimism and be mais hopeful and optimistic. The whole wish realm helped with that. This was a big step for Regina. Emma says that "if there's any part of you that still believes he's in there, why walk away?" And there was a part of her that had hope, atuação on that part of her got her somewhere as it has been in this past season.

And finally, it was a different wardrobe entirely. As mentioned above this one had 28 mais years worth of power in it. And was crafted por a different man entirely. It was built por the man who said that fate lies in your own hands. The man who was key in making Emma believe. August himself is a pivotal character in making other characters have faith in things that they normally wouldn't. August himself kind of is hope.

Wardrobe issue aside there's another point that I'd liek to touch on. And that's fear. I'd like to draw a parallel between the first time Regina went to the tavern and the entirety of this episode. A lot has changed about Regina, but one thing that hasn't is her fear. Way back in season 3 her fear was of happiness itself. Part of me thinks there still is fear there. Not of happiness itself but of being happy only to have it crushed. In other words, I think that she's afraid of being hopeful. Every time she gets her hopes up, they seem to get crushed. In fact it's not even just a part of me that thinks that, all of me believes that she's still afraid to let herself be happy for fear of losing it. I think that she's one of those people who is afraid to get too happy because she thinks that something equally bad will happen to make up for the happiness she felt. She outright says that she's afraid.


I'm really proud of her, that despite her fear she took a chance anyhow. I'm 90% that this whole Robin thing isn't going to work out, but it is so nice to see her actively working to be happy instead of atuação as a passive bystander in her own life. She's come a long way.

To be honest, I'm still kind of trying to figure that out. My main guess is that it was just for closure. So that Regina will have a real chance to say goodbye instead of just holding her hand out as he slips away. And therefore her ability to mover on will be smoother.

But another interesting theory that I have come across is that he's back to offer her a different kind of happy ending. However their relationship may go down, she'll have something to remember him by. And a lot of fãs have been speculating that, that thing will be a child of her own. A few people have been pointing out that in the Bangtan Boys fotografias Regina is wearing that tannish, beige color. A color that she usually wears when working with kids. The same color jaqueta she had on in Save Henry. These people also point out that Belle was seen wearing this color when her pregnancy was announced. In other words, wardrobe choices as symbolism/foreshadowing? We've also see the queen nurturing Zelena's baby this season as well. And the fact that they are now dividido, dividir may cancelar out that potion she drank as the Queen. I think that, that's pretty interesting stuff.

Personally I think that, that would be kind of sweet; the idea of a pregnant Regina is kind of adorable and I kind of want to see her raise a baby girl lol. But on the other hand, I worry that the writers would handle it all wrong and have her forget about Henry. So neat theory, but I don't know how I feel about it yet lol.

As for what we've seen and know for sure. I loved the dynamic between wish universe Robin and Regina. For one thing Regina walks into the tavern and immediately he's like, "oh it's that Evil queen that everyone's scared of. Let's ask her if she's here to buy me a drink." Basically he doesn't know that she's not the Evil queen anymore but he still isn't scared of her. He doesn't run like everyone else. This alone I think is both sweet and hilarious. And the fact that she probably lowkey did want to buy him a drink made it much better.

On topo, início of that they had some touching conversations between prisons cells. Her asking him if he was happy and then confessing that she knew him in a different world. Her saying that he loved his family and friends and her. And then shedding some tears. It was an emotional scene, I loved it.

And that moment in the forest where Regina kind of just forgets that he's not her Robin and awkwardly hugs him without thinking...I weep. She's so cute. Not gonna lie that scene when he pops out of the árvore and she gives him that hug made me smile like an idiot.

Long story short I had quite a few feelings on this episode and most of them were good.
Ledinha likes this
Cobras & Crowns (A Snake Regina Crack Fic)
posted by zanhar1 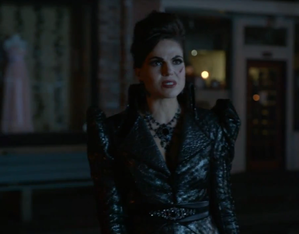 “Regina, I have something you need to see.” David announced.

“David, I just got início from an alternate universe, can’t this wait?” Regina frowned.

David set a fair-sized cage upon the counter. “You bought me a pet snake?” Regina asked, knitting her brows quizzically. “A venomous one too…”

“It’s not just any poisonous snake.” David replied. “This one prefers to poison it’s victims with apples instead of fangs.”

Regina stared blankly for a few moments and then her eyes went wide, “she got herself turned into a serpent!?” She huffed, pinching the bridge of her...
continue reading...
In Defense Of Regina (Regarding The Events Of Last Episode)
posted by zanhar1

Hover to animate
gif by purrrillas
A lot of people seem to be really ripping into Regina because of last week's episode. I do admit there were some aspects that I have to agree with these people on but there are also quite a few places where I think people are being too hard on her. So I'm going to be playing a bit of Devil's advocate.
With that said; a good lot of the points and topics I'm going to discuss are things I've seen on tumblr.

This is one of the main complaints I see over on tumblr.

First and foremost while the queen comes from Regina I still believe there is a pretty decent line separating...
continue reading...
Glad It Was You
posted by Coffeeuser
The afternoon was clear and warm. Emma was jogging down a path through the sun-lit woods, her blonde hair tied back in a long ponytail. She wasn't thrilled about Hook coming along on a jog, but she had agreed to let him tag along. Emma was jogging in a tank topo, início and shorts, but Hook was wearing his usual black layers. He was also sweating terribly.

But Emma kept up her pace, keeping her eyes firmly on the path ahead of her. "Here, drink some water," she said, giving him her bottle.

Hook took a swig of the bottled...
continue reading...
1
"Trapped por a Title"
posted by DR76 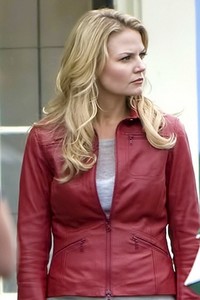 I feel sorry for Emma Swan. I may not like her very much at the moment. But I do feel sorry for her. mais importantly, she has become, since Season Two, one of the most frustrating characters on "ONCE UPON A TIME". Which is probably why I have just written my third or fourth artigo about her.

From the moment her son Henry Mills found her in the series' premiere episode, (1.01) "Pilot" and revealed that she was destined to break a curse cast por his adopted mother, Regina Mills that currently trapped the citizens of Storybrooke; she has been stuck with the role of "Savior"....
continue reading... 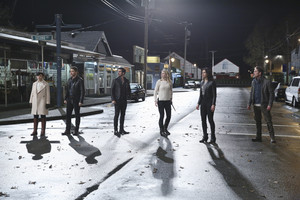 1
Once Upon A Time - Episode 4.22 - Operation mangusto
added by Saejima
Source: abc 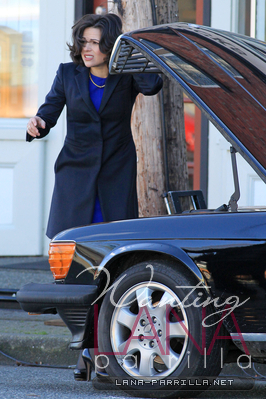 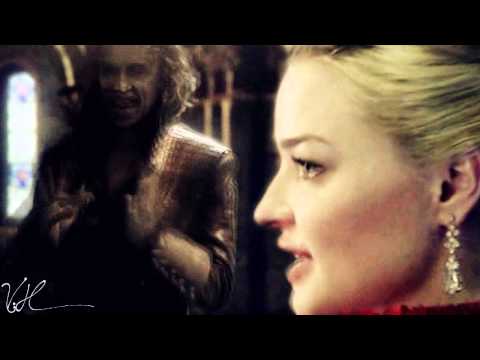 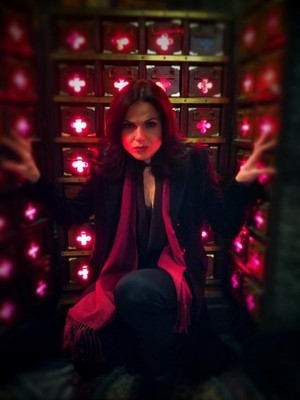 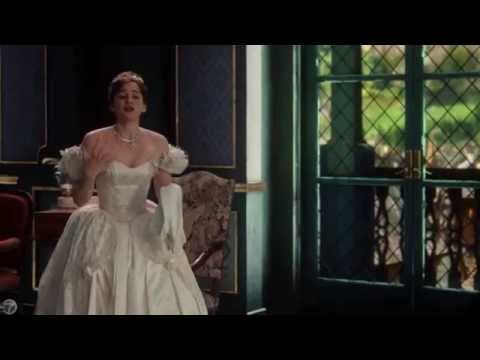 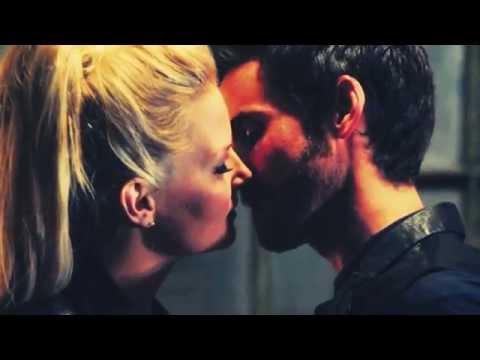 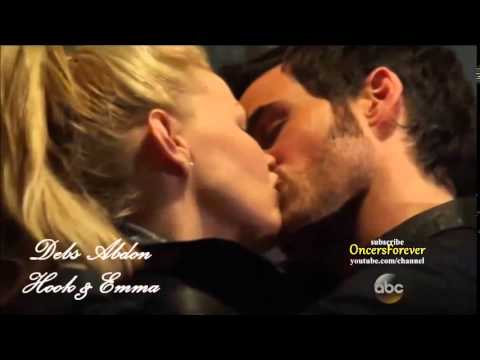 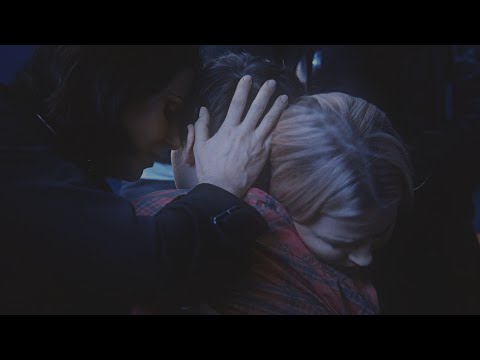 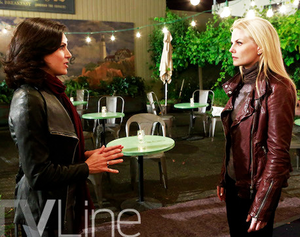 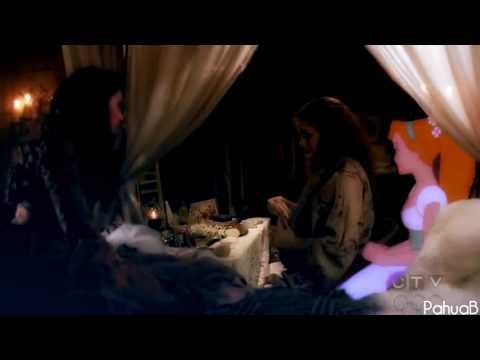 1
OUAT - Original Characters [Thumbelina]
added by Lanalamprouge
so someone made an original OUAT characters MEP a while back and look-see here's Thumbelina cast as Ruby/Red's friend!
video
once upon a time
fanvid
ouat
thumbelina
ruby
mep
original character 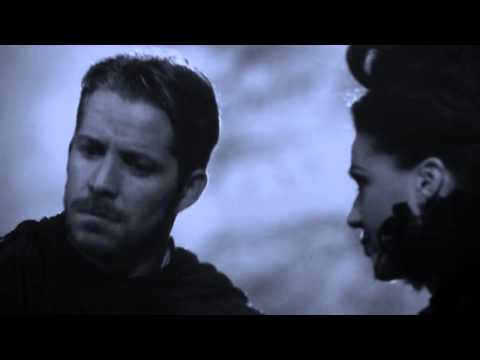 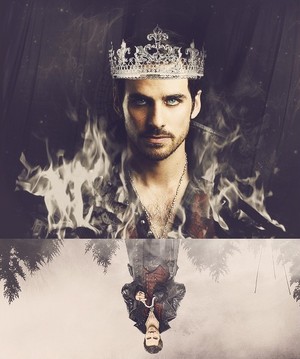