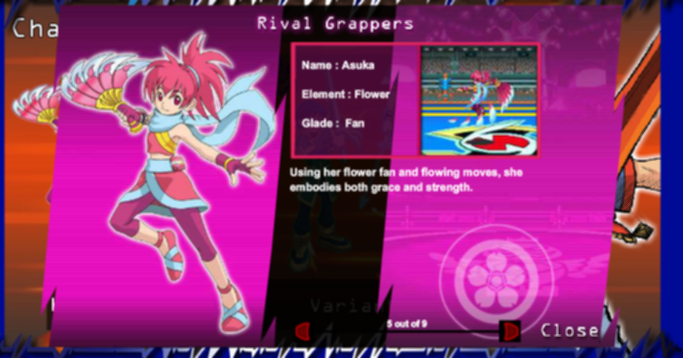 Neon from Draglade 2
added by MisterH
ds boy ian
posted by dan911
Ian was a boy who had every ds game.
He heard of a new game "all of animê vs anime", he wanted to but the game but he was unable to get the cash and he did not want to ask his parents.The seguinte dia hope was lost until he was wacthing TV when he heard of a job vacancy in the nintendo shop.He rushed to the store were he saw his worst enemy "jackson writer" who also loves nintendos.
They both got the job of a $7.25 pay an hour, ian knew all the game and cool stuff about nintendos he was doing great on his frist dia and so was jaskson.The game he wanted to was almost sold out, they were just two mais and jaskson hated ian so much he bougth he last two for himself.cuz of this the two of them raivaled about many things

Pokemon Black Part 1
added by vegeta007
youtube channel -link
video
I'm Getting A 2DS Soon!
posted by ShadowFan05
Have you ever heard of the new 2DS? If you have, I'm getting one tomorrow!

Well I know they are really exspensive, but I just hit the jack pot! I got $150 from my parents and I'm spending it on a new 2DS. If I have some money left, I might get Tomodachi Life. I heard that is a good game (if I remember correctly.) So I might get that while i'm there. But I might just mess around walmart while i'm at it (I do it all the time though). XD

Well, back to messing around on fanpop! :D

The World Ends With You-TWEWY