2
seguinte To Normal Plot Summary
posted by x5mp1xp1nx22x
Act I
Suburban mother Diana Goodman waits up late for her curfew-challenged son, comforts her anxious and overachieving daughter, hurries off for some sex with her husband, then rises to help prepare her family for "Just Another Day." But when her lunchmaking takes a turn for the bizarre with sandwiches covering the table, chairs, and floor, the rest realize something is not right. As husband Dan helps the disoriented Diana, Natalie hurries off to school and the refuge of the piano practice room ("Everything Else"), where she's interrupted por Henry, a classmate who likes to listen to her play - and clearly likes her.

Over the ensuing weeks, Diana makes a series of visits to her doctor, while Dan waits in the car outside, questioning how to cope with his own depression ("Who's Crazy/My Psychopharmacologist and I"). It is revealed that Diana has suffered from bipolar disorder coupled with hallucinations for sixteen years; Doctor Fine begins to adjust her medications until he declares her stable. Natalie and Henry grow closer until one dia he professes his amor for her ("Perfect For You") and they kiss for the first time. Diana witnesses this and realizes she's missed much of Natalie's growing up ("I Miss the Mountains"). With her son's encouragement, she flushes away her meds.

A few weeks later, Dan looks progressivo, para a frente to jantar with his family ("It's Gonna Be Good"), but when Diana emerges with a cake cantar "Happy Birthday" to her son, Dan and Natalie are devastated. Dan holds Diana and explains that "He's Not Here" - that their son has been dead for years. Natalie storms off, and Dan mentions a return to the doctor, but Diana refuses - and as Dan tries to coax her into trusting him, their son joins them, trying in vain to get Dan's attention ("You Don't Know/I Am The One"). Up in her room, Natalie vents her anger to Henry, then refuses Diana's apology as her brother watches and taunts her ("Superboy and the Invisible Girl").

A few days later, Diana starts work with Doctor Madden. As her son rises to assert his presence ("I'm Alive"), Dan and Natalie doubt the sessions are helping, but Doctor Madden proposes hypnosis to help Diana discover the roots of her trauma ("Make Up Your Mind/Catch Me I'm Falling"). Finally, Diana agrees it's time to let her son go. Diana goes início to clean out her son's things, pausing to listen to a música box ("I Dreamed a Dance"). Her son, Gabe appears and dances with her, then invites her to come away with him ("There's a World"). She does.

At the hospital, where Diana lies sedated and restrained, with self-inflicted gashes to her wrists, Doctor Madden explains to Dan that ECT is the standard course of treatment for drug-resistant patients who are imminently suicidal. Dan goes início to clean up after Diana and decide what to do ("I've Been"). The seguinte day, Diana lashes out at Doctor Madden, refusing the treatment ("Didn't I See This Movie?"), but Dan arrives and convinces her it may be their last hope. ("A Light In The Dark").

Act II
Over a period of two weeks, Diana receives a series of ECT treatments, while Natalie further explores clubes and drugs ("Wish I Were Here"). When Diana returns início from the hospital, she and her shocked family realize Diana has lost sixteen years of memory ("Song of Forgetting"). Natalie escapes to school, where Henry confronts her ("Hey #1"), wondering why she's been avoiding him and inviting her to the spring formal dance.

Dan and Diana visit Doctor Madden, who assures them that some memory loss is normal ("Seconds and Years") and encourages Dan to use photos, mementoes, and the like to help Diana recover. Dan gathers the family to do so ("Better Than Before"), with minor success, but when Natalie pulls the música box from a pile of keepsakes, he whisks it away, leaving Diana puzzled. Her son appears, unseen ("Aftershocks"), while Diana tells Dan there's something she's desperate to remember that's just beyond her reach. When Henry arrives looking for Natalie, Diana is given great pause, studying his face and asking his age. Unnerved, Henry hurries up to Natalie's bedroom, to convince her to cadastrar-se him at the dance the seguinte night ("Hey #2").

Diana returns to Doctor Madden ("You Don't Know (Reprise)") who suggests she further explore her history and talk mais with her husband. Diana goes início and searches through the boxes of keepsakes, finding the música box. Dan tries to stop her, but the memories of her baby son rush back ("How Could I Ever Forget?"). When Diana confesses remembering her son as a teenager, and demands to know his name, Dan insists they need to return for mais treatment ("It's Gonna Be Good (Reprise)"). Henry arrives to pick up Natalie, who has dressed for the dance, just in time for both fo them to witness an agitated Dan grab the música box from Diana's hands and dash it to the floor.

Diana confronts Dan, wondering why he perseveres after how much trouble she's given, while upstairs, Natalie asks Henry much the same pergunta ("Why Stay?"). Dan answers, echoed por Henry, both vowing to stay steadfast ("A Promise"), but just as both couples embrace, Gabe reappears ("I'm Alive (Reprise)"), sending Diana running to Doctor Madden, asking Natalie to drive her, leaving Dan and Henry behind.

Diana asks Madden what can be done if the medicine has missed the true problem. With her questioning comes the realization that it's not her brain that's hurting: it's her soul ("The Break"). Madden assures her relapse is common, and suggests mais ECT ("Make Up Your Mind/Catch Me I'm Falling (Reprise)"). Diana refuses, and though Doctor Madden urges her to continue treatment for her disease, she thanks him and goes. Natalie, waiting outside, is distressed to learn her mother has left treatment, and Diana explains herself ("Maybe (Next to Normal)"), opening up to her daughter for the first time. She urges Natalie on to the school dance, where Henry awaits to comfort and embrace her ("Hey #3/Perfect for You (Reprise)").

Diana finds Dan at início and tells him she's leaving him, explaining that he can't always be there to catch her; she needs to take a risk and deal with things on her own for once ("So Anyway"). She goes, leaving her son with him. As Dan wonders how she could have left him after he stood por her for so long, her son approaches, telling Dan he's not going anywhere ("I Am The One (Reprise)"). Dan grows mais distraught until at last he faces the boy and calls him por his name for the first time: Gabriel.

Natalie comes início to find her father sitting alone in the dark, in tears. She comforts him and turns the lights on in the room, before assuring him that the two of them will figure things out. We see Henry arrive to study, and Natalie tells him Diana has gone to stay with her own parents. We see Diana, alone and still hurting, but hopeful. We see Dan, visiting Doctor Madden for any word on Diana, but staying to talk about his own struggle. And life goes on ("Light").
JustHuddy and cheery_blossom like this
cheery_blossom magic.
Silly_Billie perfect...sad this could actually happen to a family now. So much want to see the show... 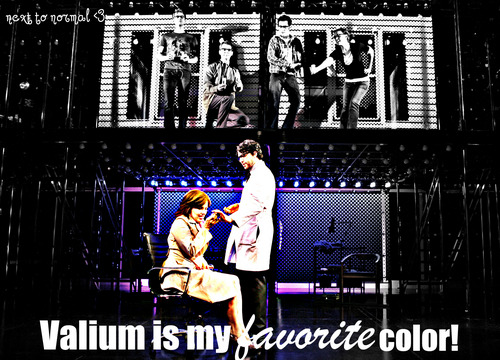 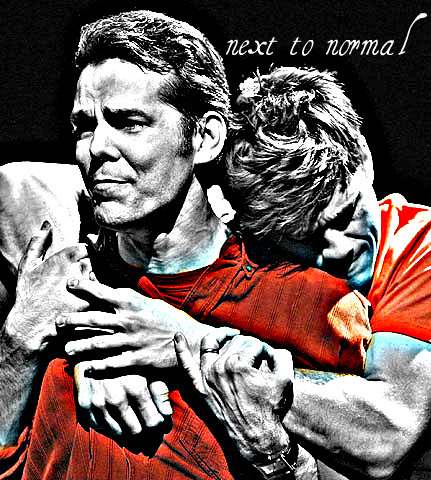 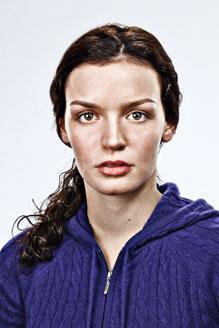 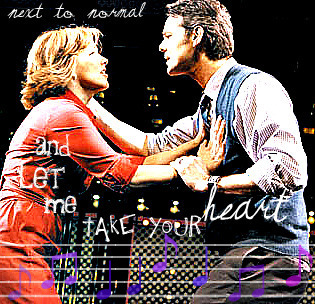 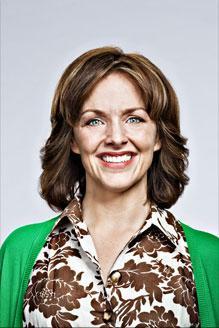 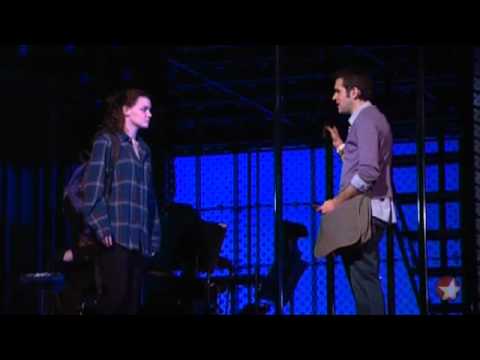 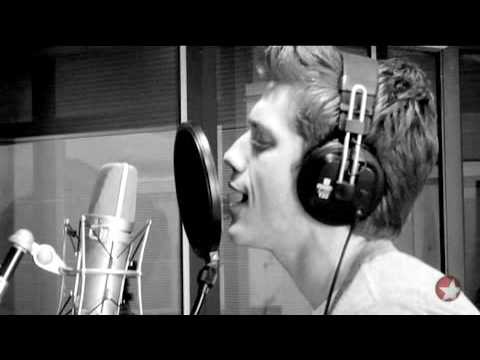 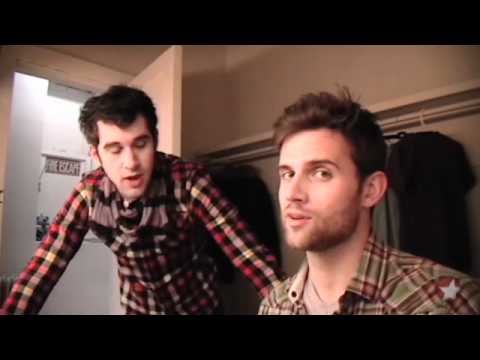 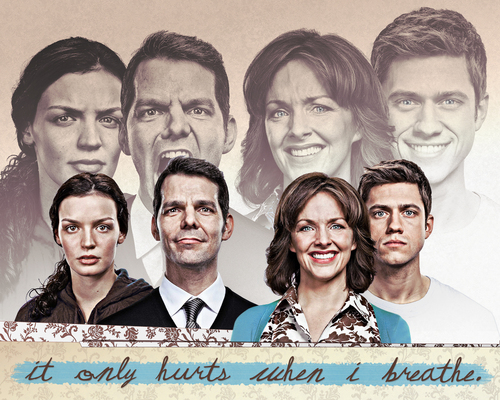 It Only Hurts When I Breathe
added by craww 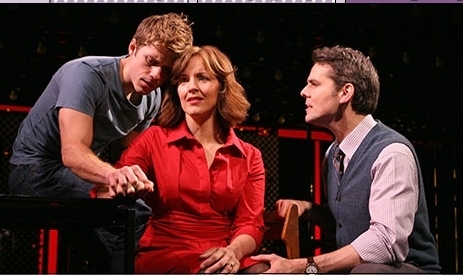 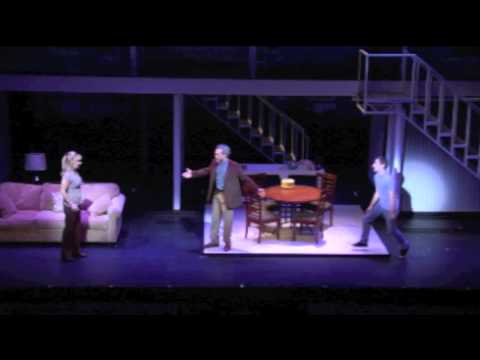 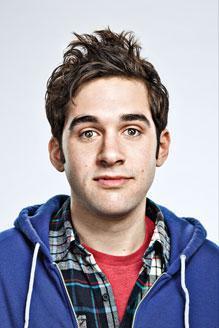 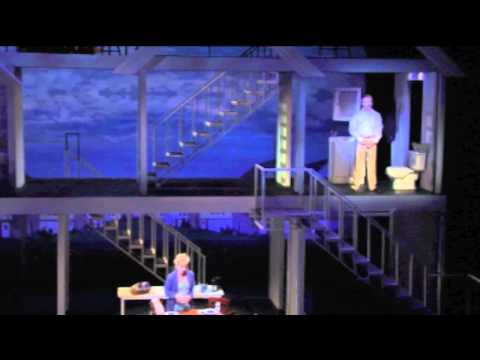 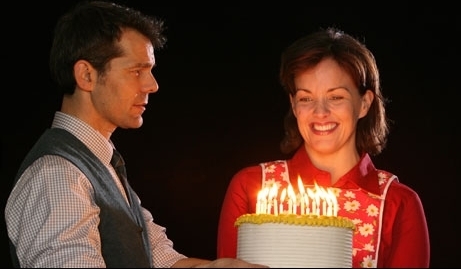 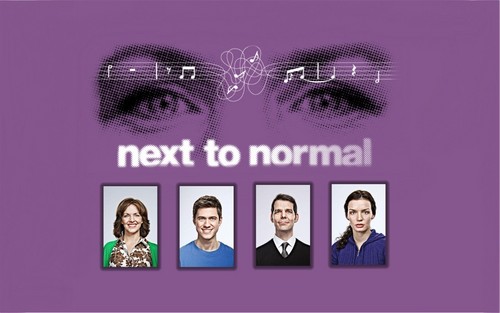 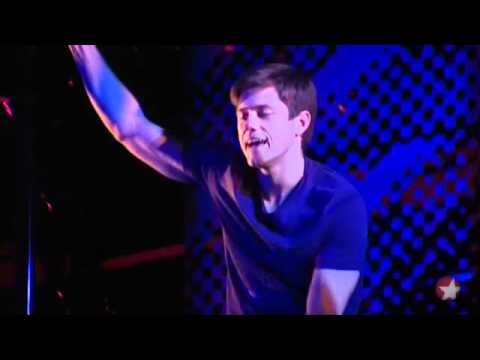 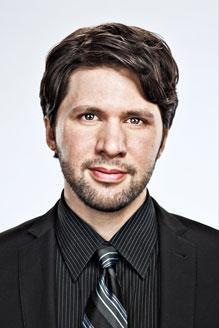 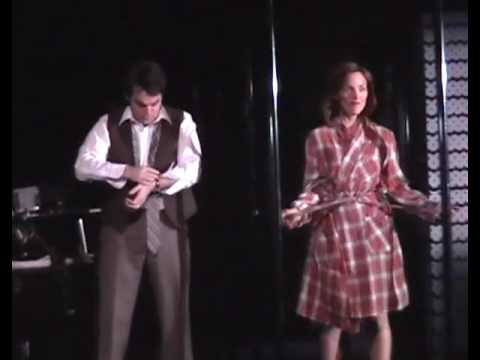