7
The Concept of the Song: BAD ROMANCE
posted by hareyzzz9255
Bad Romance is the first single out of Gaga’s Fame Monster album. If you look back at her past works, the main message of her música is that she is willing to do anything, even sacrificing herself, to obtain fame. The video continues in the same direction por depicting Gaga as a willing victim in the música industry’s shady inner-workings. She wants to live a Bad Romance with the abusive, cruel and satanic música industry. She knows of all its flaws but she still desires to be part of it mais than anything else. She is a Fame Monster…she feeds from fame…she enjoys being famous…if she is not famous, she’ll die or something…you get the picture. At face value, the song lyrics seem to be about her wanting to get “banged” por a kind of psychopath, but the video reveals that the psychopath is in fact the música industry.
The song starts with a weird chant that goes

Rah-rah-ah-ah-ah-ah!
Roma-roma-mamaa!
Ga-ga-ooh-la-la!
Want your bad romance
This is the type senseless crap drunk people like to yell in those disco dance parties you crazy kids go to. Is there a deeper meaning to it? Gaga says it in a weird, gótico accent, in a ceremonial/incantation matter, a little like the “Bum-bum-bedum” of Rihanna’s Disturbia (article here). Ra is the name the ancient Egyptian sun god is still of a great importance in today’s occultism (see the “Eye of Ra”, the All-Seeing Eye). Roma is maybe a reference to the roman catholic church, but I’m not sure. This could be interpreted in many ways so I won’t linger on it.

I want your drama
The touch of your hand
I want your leather-studded kiss in the sand
I want your love
Love-love-love
I want your love
(Love-love-love I want your love)
Right away, it is obvious that the amor that Gaga is seeking is wrong and sick. She’s a sex slave and, apparently she likes it. She knows that the industry is ugly but she still wants in. There is an obvious sense of sadomasochism, as she seems to know that this amor (of success in the música industry) will hurt her and treat her badly, but she’s up for it. As we will examine in the video, there is also a spiritual meaning to the lyrics where fame equals submitting to the dark, satanic side of the música industry. In other words, the song is also about submitting to evil and the imagery of the video corroborates this fact.

Here again, there is a mix of the “horror” of evil with hardcore sex references, which convey the fact that she wants to be “penetrated” por this evil influence in order to gain its favors. There are references to Hitchcock filmes (Psycho, Vertigo) but cleverly turned into sexually explicit lyrics.
During the bridge, Gaga sings emotionally “I don’t wanna be friends“. She does not want to be an outsider of the música industry, she wants to be part of it. Later she says “I want your amor and, All your lovers’ revenge”, which means that she wants all of the attention of the música industry to the point that she also wants the “hate” of the artists who are jealous of her.
Of course, the lyrics can be up for interpretation but visuals of the video really give a particular meaning to the words. Gaga is not cantar to persoin, but to a group, an entity, an organization. She is signing to the Illuminati, to the música industry, to Baphomet, to the ones that have the power to make her famous. She wants to be part of that sinister and corrupted system and write a Bad Romance with it

Lady Gaga’s Bad Romance is por far the densest and most symbolic video I’ve ever analyzed. It is a metaphorical yet accurate descrição of the steps needed to be taken in order to part of the “mega-pop-star machine”. Submission, control, business negotiations, initiation, secrecy and the embrace of dark forces are all represented in the video. Once decoded, the song describes indeed the Bad Romance of the música industry. The machine uses artists, it pimps them, it cheats on them with new, hotter artists and it finally dumps them when the initial appeal is lost.

Gaga, the “Fame Monster” wants to be treated that way, knowing that there is not other way to obtain world-wide fame. One might be extremely creative and talented, fame is however only achieved through the exposure that can only be provided por media corporations. They are owned por a secretive elite, which is represented por the masks on the faces of the bidders in the video. Bad Romance, mais than simply serving the required dose of subversive symbolism to the mtv generation, offers a chilling descrição of the música industry ruled por the elite. And now comes the hardest part: getting this damn song out of my head.
SonyLoveJustin, jessicamc26 and 4 others like this
vampiregrrl999 !WoW! This is an awesome article! Thx!!!
bmarme ........... 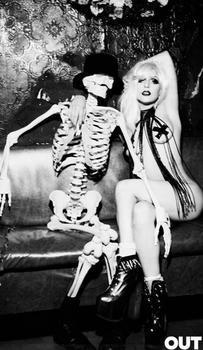 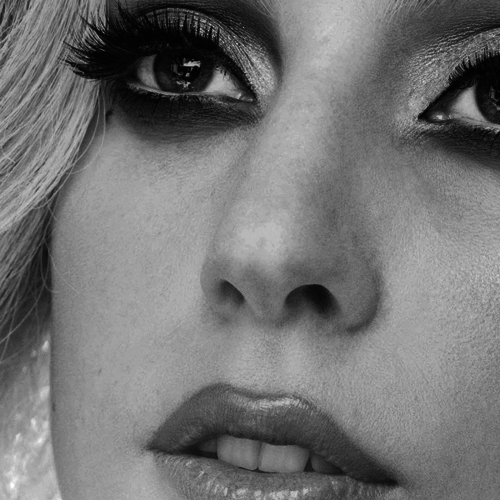 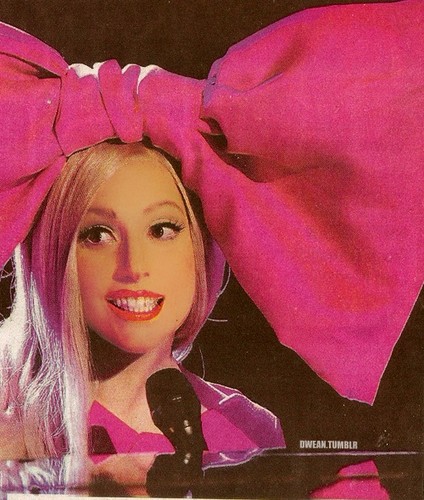 1
Born to be a little monster
added by geocen
Source: littlemonsters.com 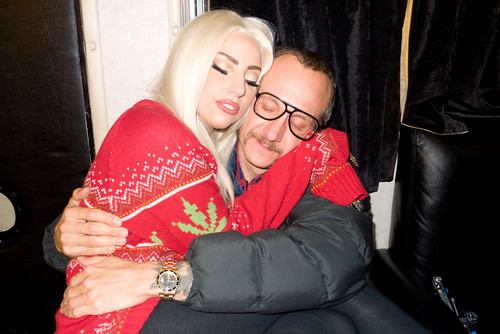 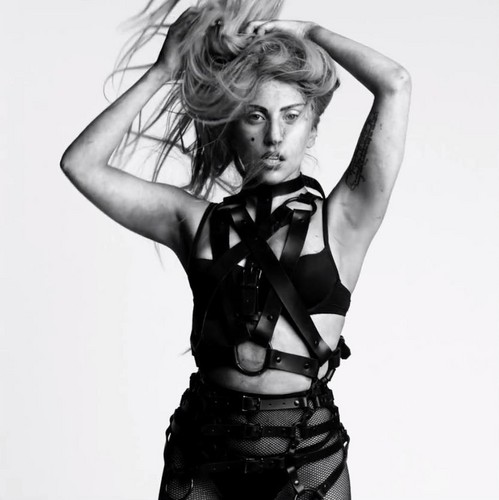 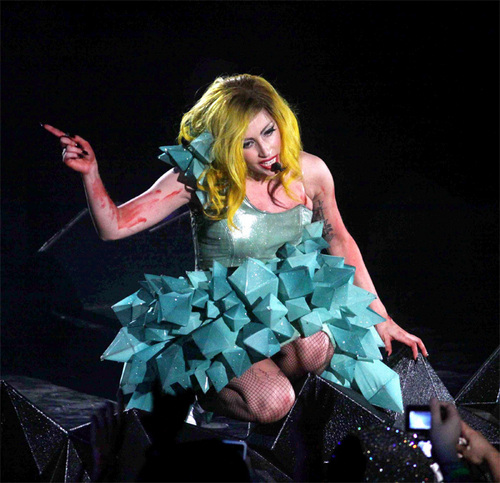 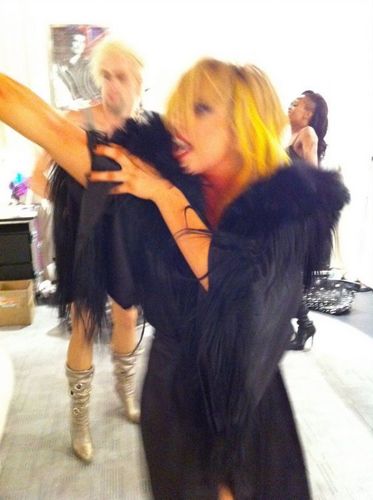 Lady GaGa - Behind The Scenes
added by Heathbaby 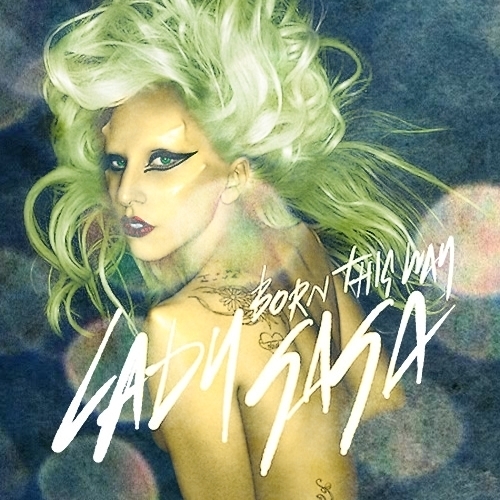 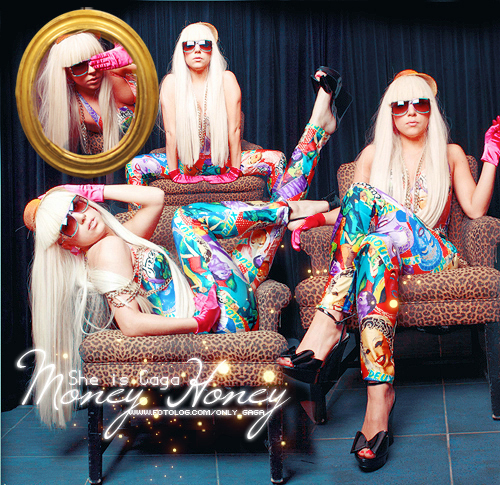 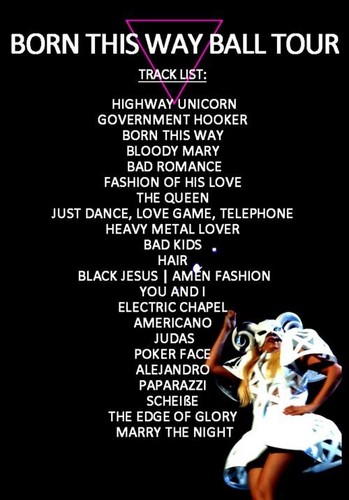 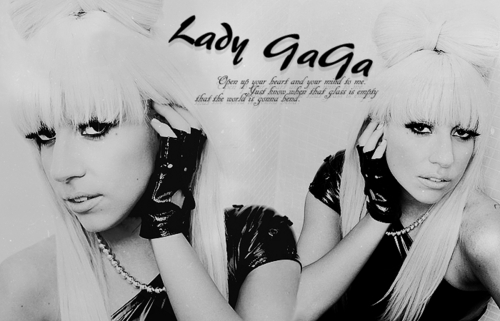 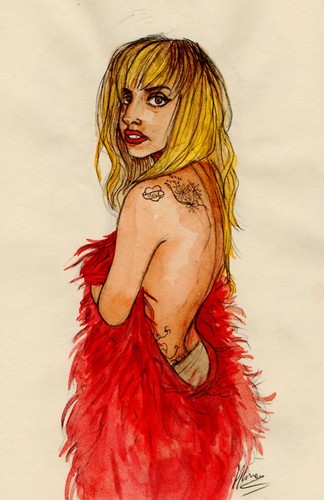 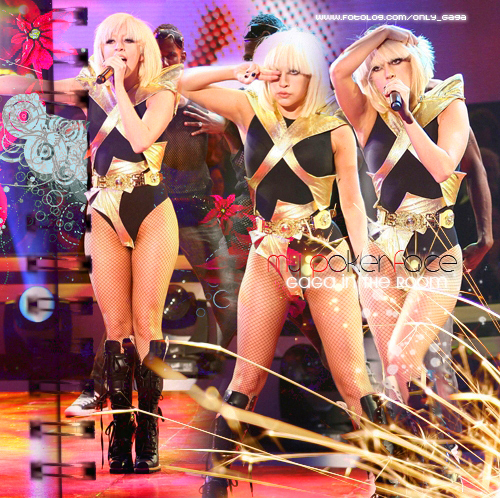 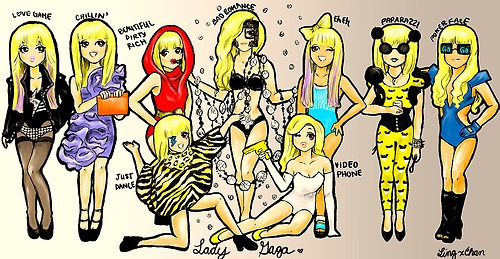 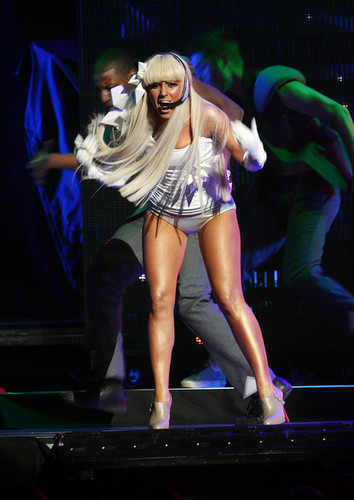 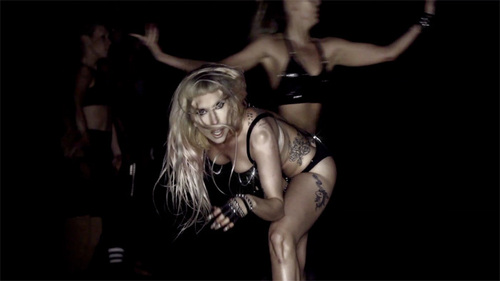