2
She's a KILLER! (NO REALLY!) SPOILERS BEEN WARNED
posted by QueenofHorror
I have seen almost everything she has been in-Winter's Bone, Burning Plain, Hunger Games, The Beaver. Well in 2 of the filmes so far she has killed at least 1 person (don't know about X-Men) They are Burning Plain and (duh) Hunger Games. If you don't want the Burning Plain/Hunger Games spoiled-stop leitura now.

Burning Plain: This movie was crazy-it starts well "today" and jumps back and forth. Why you don't know at first. Here's the gist of her SL in the movie: she lives with her family and knows her mom is up to something no good (in this case an affair) So she (I think) releases the gas and messes with the stove, lights a match and well the trailer goes ka boom. Sadly, she didn't realize her mom was in there until after she had set the gas on fire. Imagine walking around with that guilt for the rest of your life and never telling anyone. There's another twist but I'll omit that one and hope someone decides to see it-great cast (I swear Charlize Theron can do no wrong), Kim Bassinger, and of course Jennifer are the stand outs, solid script, albeit it does not go in order, just hang in there, its worth it.

Hunger Games: If you don't know what the hunger games is about por now...I guess you have been living in some 3rd world country without literature and modern technology-still I'll go ahead and humor everyone: The world is now divided into 13 districts and every ano from each district 2 kids, aged 12-18, are picked for the hunger games. The hunger games is where the 24 tributes must fight to the death. I'll stop there as this is self explanatory right? Memory serves her character only kills 2 people: Marvel and Cato, one is a mercy kill I guess you would say the other out of pure rage. Either way, most of us I'm sure don't blame her?

Oh yes and her new movie-assuming they follow the book-called Serena. Here is what the book jaqueta says (again if you don't want spoilers STOP READING)

"The ano is 1929 and newlyweds George and Serena Pemberton travel from Boston to the North Carolina mountains where they plan to create a timber empire. Although George has already lived in the camp long enough to father an illegitimate child, Serena is new to the mountains-but she soon shows herself to be the equal of any man, overseeing crews, hunting rattlesnakes, even saving her husband's life in the wilderness. Together this lord and lady of the woodlands ruthlessly kill or vanquish all who fall out of favor. Yet when Serena learns that she will never urso a child, she sets out to murder the son George fathered without her. Mother and child begin a struggle for their lives, and when Serena suspects George is protecting his illegitimate family, the Pembertons' intense, passionate marriage starts to unravel as the story moves toward its shocking reckoning." Hm...I'm no genius and I haven't read it yet BUT I'm guessing that it's not going to be a happy go lucky story. I just hope it gets a wide release which given the cast it probably will-no one does scum quite like Bradley Cooper (He's just not that into you anyone?)

Aside from these she's also in a new horror movie and even though has a pg-13 rating, obviously deaths can still happen, it just won't be as graphic as in a rated R flick.

Well I'll stop now, sorry for making this so long. Just thought it was weird and I thought I'd put my thoughts out there and see what the rest of you think.
lockch and kall_pal17 like this
bloodred4 but shes damn powerful in these roles. 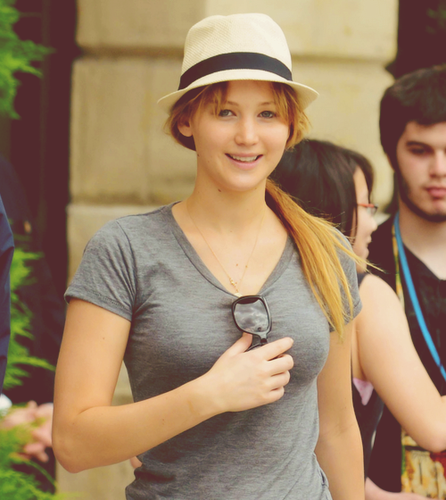 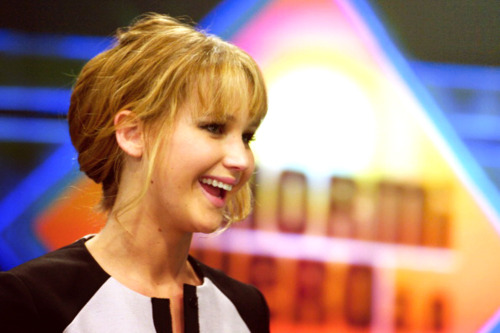 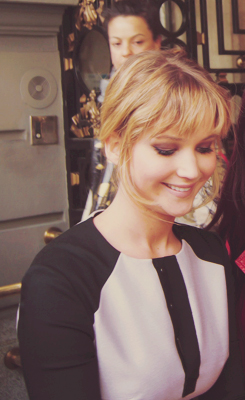 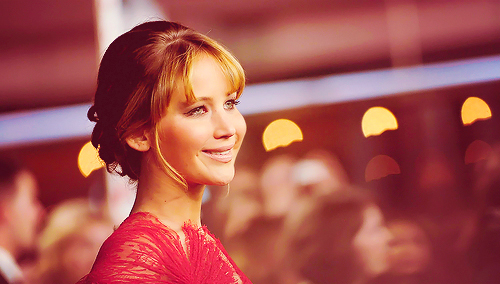 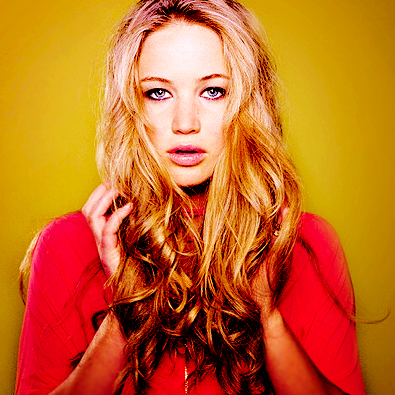 Jennifer about her Dior dress
added by Domilie4ever 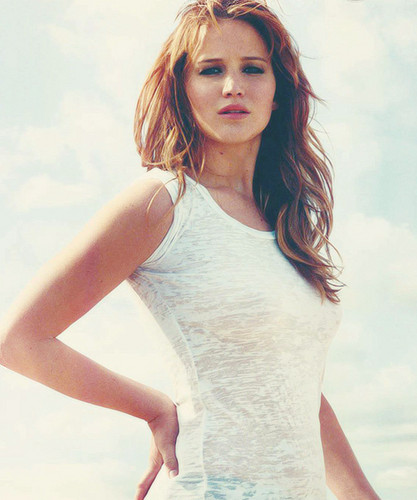 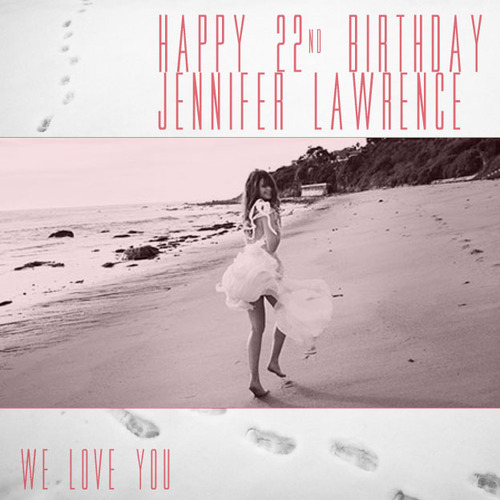 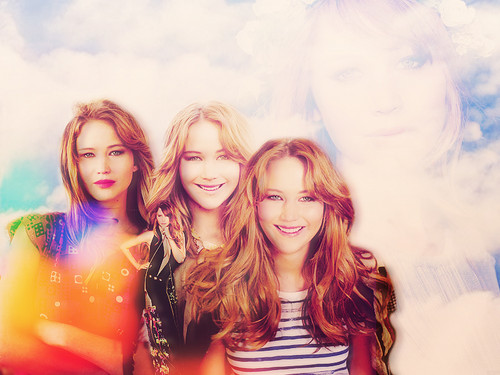 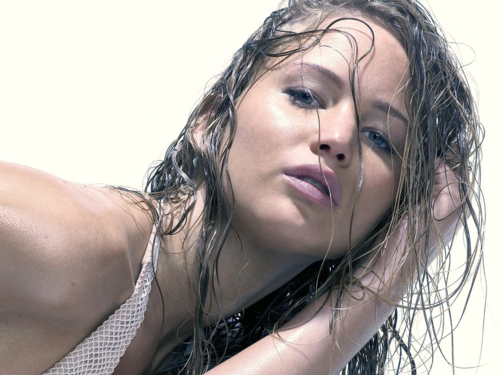 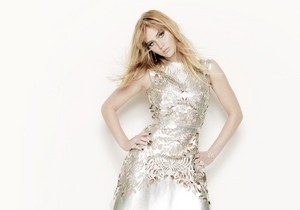 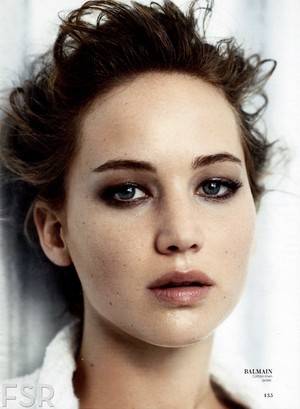 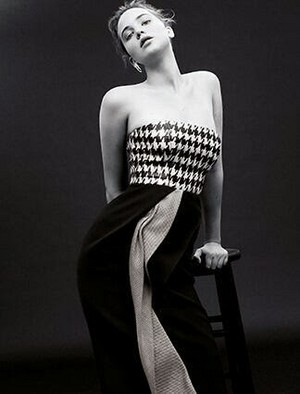 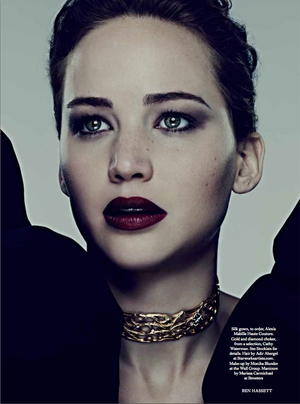 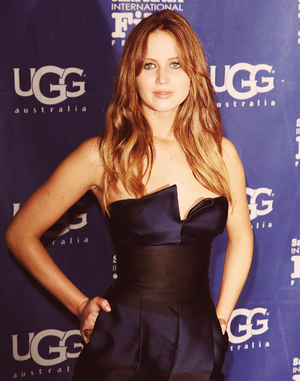 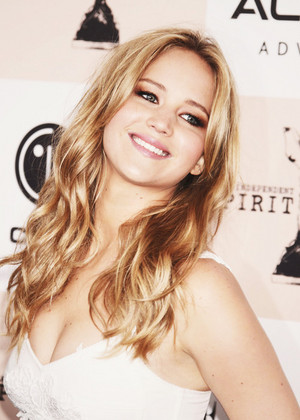 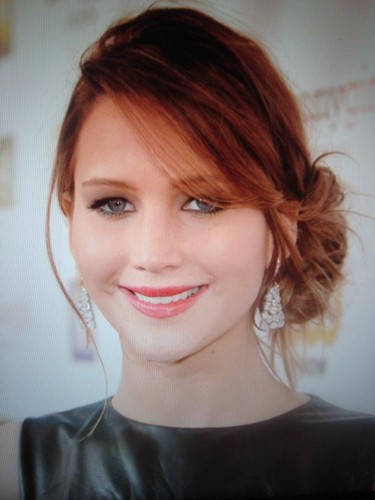 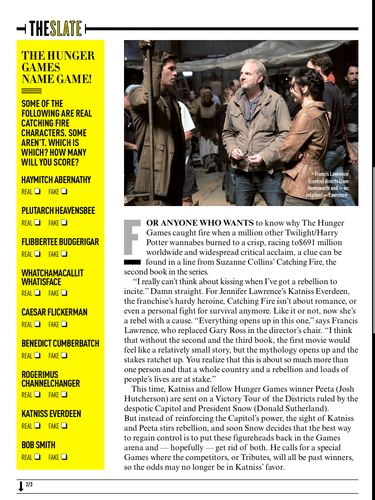 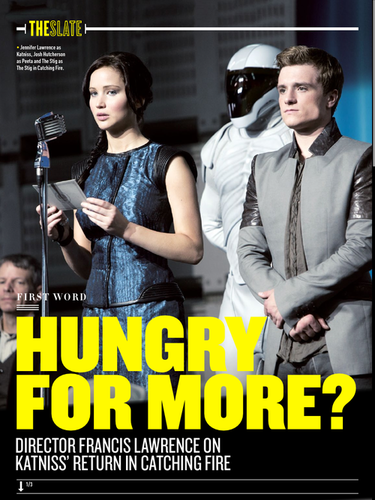