9
Jeff The Killer:How It Happend
posted by thatlimbokid
Jeff and his family had just moved into a new neighborhood. His dad had gotten a promotion at work, and they thought it would be best to live in one of those "fancy" neighborhoods. Jeff and his brother Liu couldn't complain though. A new, better house. What was not to love? As they were getting unpacked, one of their neighbors came by.

"Hello" he said, "I'm Barbara; I live across the rua from you. Well, I just wanted to introduce my self and to introduce my son." She turns around and calls her son over. "Billy, these are our new neighbors." Billy said hi and ran back to play in his yard....
continue reading...
1
Jeff the Kitten:Prolougue:The Turning
posted by flippy_fan210 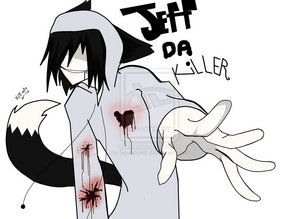 Jeff was walking through the forest after a long night of murdering people. The sun was starting to rise and he had to get back to the mansion quick, or Slender would not be happy with him. As he was getting close he felt something rubbing against his leg. He looked down to see a little grey cat. His first thought was to push it away, but something in him didn't want to do that. That thing must've been pretty brave. He thought. Most animais didn't dare to come near the forest, and this cat was so deep in that it was near the mansion. It's also kinda cute. He thought as he looked into the big...
continue reading...
Changed (part 5)
posted by sieluvzsoul
I woke up to the sound of a creaking door, and immediatley my eyes went to the closet. Suddely my husky jumped up onto my bed. "Damnit Kreepy. You scared me boy" I said ruffiling his fur. "Aint that sweet" a male voice said, and i know it wasnt Jakob.So i stood, "who said that?" I said looking around, "me" he said again, "who-who are you" I asked, "my name is Jeff" he said. "Je-Jeff, where are you" I said, "cold" Jeff said as I walked towards the bedroom door. "Freezing cold" Jeff said as i turn towards the closet. "Warm" Jeff said as i walk towards it.


TO BE CONTINUED
Not a Killer
posted by creepywolf1985
I tapped my pencil against the large sketchbook. I wanted to draw something. After looking at all of the amazing drawings online, I had to draw. I just didn’t know what to draw. I could do a horse, but I always draw that. How about Link? I guess I could. But he’s kind of hard to draw. I sighed and fell backwards onto my floor.

I heard the garagem door open and I jumped up. My dad is the only other person here, so I guess he’s leaving. He didn’t bother to tell me. I think he sometimes forgets he has a sixteen ano old daughter. I can’t take care of myself, alone. But if he doesn’t...
continue reading...
Changed (part 4)
posted by sieluvzsoul
"Let's check it out" Jakob said getting up. But I grabbed his hand "let's not" I said. "Scaredy cat" Jakob said, "meow. Now sit your bunda back down" I said pulling him back onto his bed. "Fine wanna watch some horror filmes to help us sleep?" Jakob asked pretty much leitura my mind, "Grudge" I asked, "anything you want princess" Jakob said getting off his cama walking over to the flat screen and DVD player putting the movie in as I changed into my pajamas, "make sure it's number 1 Jakey" I said, "it is I checked twice" Jakob said before grabbing the remote, walking back over to his cama as I lyed in mine. Which was the closest to the closet, which I was staring at. "ARICELIA!!" Jakob yelled as I snapped out of it and looked over at him, "alternative ending?" Jakob asked. "Yea sorry" I said as he clicked it and turned off the light switch which was por his bed.
Changed (part 2)
posted by sieluvzsoul
"Okay guys here it is" mom said as we walked into the huge room which already had our boxes and beds in it. "Wow Mom this room is big. Is this the master bedroom" Jakob asked "nope" mom said as I walked towards the window. "And as Ari already noticed, you guys have a view of the woods" mom said "oh joy" Jakob and I said sarcastically. "But DUNNOT go into them. Especially at night" mom said "why?" Jakob asked "cuz I said so. Now jantar will be done in 30 minutes. And you'd both better be halfway done packing por then" mom said before walking out. Just then I saw something tall and slender in...
continue reading...
Changed (part 3)
posted by sieluvzsoul 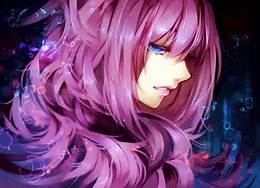 Ariceli
"That pizza was bomb" Jakob said as we walked upstairs to our room. "I liked the pineapple and pepperoni one, yum" I said as we walked into the room and put our sodas down on the dresser por the closet. "Ew why can't you just stick with pepperoni" Jakob asked, "cuz its boring like you" I said falling back onto my bed, "jackass" Jakob said sitting on his. Just then the drinks fell off the dresser causing both of us to look over and see the closet door open some. "Ariceli come here" Jakob said as I got off my cama and crawled onto his as the door opened slowly. 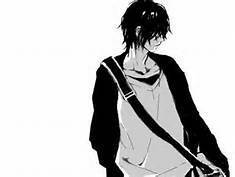 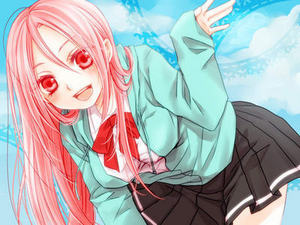 Aricelia
My name is Aricelia Freedman. I am 13 years old and this is the story of how Jeff the Killer changed me and my brother into a creepypasta.

"Mom this place is creepy!" I said walking into my new house couphing "and not to mention dusty" I continued. "Ari please try to enjoy it. Itll mean a lot to me and your father" mom said. "Mom hes not OUR father, hes YOUR fiance" my brother Jakob said walking into the house "and sorry I have to side with Ari on this one. This place is WAY creepy" jakob said. "And whats the point of getting a bigger house if were gonna have to share a room" we both said angrily. "Both of you calm down! Now lemme show you too your room so you can be all settled in por the time Gray gets home" mom said as we let out annoyed moans but followed our mom upstairs anyways. 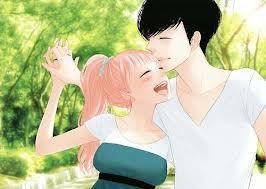