The 6th season of FOX's House turned out to be one of my favoritos as it not only carried on the strength of its medical storylines, characters, and House wittiness, but also brought on the surprises and twists which is rare to find this far into a series! So, as we await House's return this fall, I'm taking a look back at my favorito episodes of a very solid 6th season.


Episode 1 - Broken
I was nervous after the Season 5 finale showed Dr. House committing himself to the psychiatric hospital as it seemed that might just be the show officially jumping the tubarão into lost cause TV land. But in this Season 6 premiere, not only did we see that the writers and producers of House had a real plan for the storyline, but it was a great one! While it was a little quick to have just one (though 2-hour) episode to push through all of House's experiences in the psych ward, I ended up really enjoying the episode to the point of knowing putting it on this list of fav episodes for the season (and maybe even the series!) was a no-brainer! And on that note, it was mainly getting a peek into House's fascinating brain and seeing something so focused on him outside of the hospital that made this such a fantastic season premiere.

Episode 3 - The Tyrant
While every episode of House has a fascinating medical case and often the cases involve controversial aspects, this case was one that became very influential and intertwined with our characters' lives which I fine the most awesome! This episode included political controversy, moral conflicts for Cameron and Chase which it came to treating "The Tyrant," aka an African politician who'd sentenced many innocent people to death, and let's not forget the guest estrela appearance of the incredible James Earl Jones as "The Tyrant" himself! This episode also included a serious twist and some serious consequences (seriously!) for an unexpected member of the Chase-Camerson marriage.

Episode 6 - Known Unknowns
You may be seeing a trend here that I'm a sucker for character-driven episodes! In the 6th episode of the season, House crashed Cuddy and Wilson's trip to a medical conference because House decided he had to go for it with Cuddy! (C'mon, even you medical case-obsessed fãs have to amor a good House-Cuddy storyline.) It was fun to see some House and Wilson time outside of the hospital where House's antics come off as mais playful and caring than they do at the hospital... though I suppose House did drug Wilson in this episode, but oi it involved uva and laranja soda, so hence the fun! While there was the fun of the House-Wilson interaction, there was also the medical intrigue of House's team working back at the hospital on his case plus House's drugging Wilson for the purpose of keeping Wilson from publicly speaking about his support for assisted suicide. Then, in all that drama, there was also the big reveal of just why Cuddy was not thrilled to see House tag along on the trip!

Read More:
link
Rhythm13, carro and 4 others like this
HouseAddict87 Great article and I loved your picks for the best episodes of the season!
MrsWilde Lockdown is a Best episode!! i love it!!!
zasu The tyrant 5 to 9 Private Lives Lockdown Knigt Fail
OpossumAttack Great picks, but Private Lives and The Down Low would have to be included on my list also. I love those episodes!
joannamarymd i like also very much lockdown 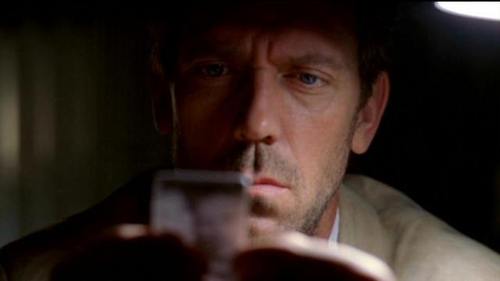 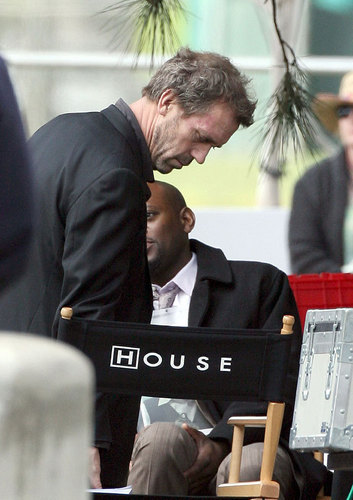 14
everybody lies
added by greyhouse 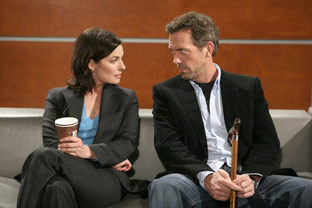 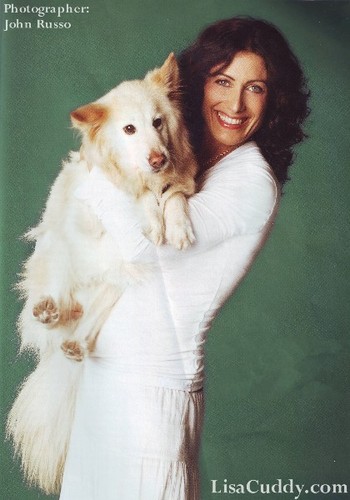 House has agreed to substitute for a sick teacher in exchange for a couple of hours off of clinic duty. Since, as Cuddy points out, House would rather hear himself talk than listen to patients, this trade was really a done deal from the moment Cuddy suggested it. House tries to talk it up to four hours off clinic duty, but Cuddy knows him too well.
As House leaves, he meets his ex-girlfriend Stacy, who wants him to examine her new husband who is having unidentified medical problems. House is reluctant to take on the case and admits he isn't sure...
continue reading...
2
S1E18 Recap Spoiler Alert
posted by DemzRulez
House Season 1 Episode 18: bebês and Bathwater

A couple are driving through the streets and the pregnant wife is driving her drunk husband. The woman temporarily blacks out and they barely manage to avoid a car wreck. The police show up and think she's drunk as she begins to act woozy. Then collapses.

Foreman is checking up on the couple and her brain tests prove negative but her kidney and liver look odd – she's only 28 weeks pregnant. House is indulging in a dream about Vogler when Foreman brings him the news. House in turn gives them the news that Cameron has quit. When Chase...
continue reading...
2
S1E20 Recap Spoiler Alert
posted by DemzRulez
House Season 1 Episode 20: amor Hurts

At the clinic, an Asian boy, Harvey, is waiting to be treated while House is catching a game with a patient and discussing Cameron's return with Wilson . . . and the fact he has to take her on a date. When House comes out he (literally) runs into Harvey, who panics then has a stroke as House tries to apologize (to avoid a legal complaint).

Cameron shows up to the joy of her fellow doctors and is greeted with the new case. She immediately figures out he has a metal plate in his jaw from a prior injury, preventing a MRI. They come up with alternate...
continue reading...
5
Greg, why did you do this? Part V
posted by nothin_ooses
Wilson parked his car in front of Cuddy’s house. The silence was still filling the air around them since they left Mary’s home. The awkwardness of it was shouting the absence of words that could possibly express how they felt after what Doctor Mary told them. segundos later Cuddy broke it.

“How… could it… have it come to this, Wilson?” Her voice was lost and his eyes focused on the street.

“Do you want to come in?” She spoke as she opened the door.

Cuddy took a deep breath and the silence filled the air again. “Should I… should...
continue reading...
6
Greg, why did you do it? - Part III.
posted by nothin_ooses
Hey everybody. I hope you enjoy this chapter, it’s really scary, but I liked. Thanks very much for the reviews and have fun. Don’t curse me when you finished reading, ok! There’s gonna be mais chapters cause this story is really enjoying me.


A hazy light was coming from the lonely post that was vanished between the cold mist. Oh God the cold was terrible this time, mainly because of the wind that was blowing miles per hour. But the sound whispered por the wind was the only thing you could concentrate to try to sleep, it was like some magic, some magic that made the messy sound of the big...
continue reading...
7
A Passage in Time
posted by Sheps88
My favorito episode in season two was "Who's Your Daddy." It hit me with a whole new story line, House and Cuddy. I was mesmerized por the fact that they were growing closer and was drawn to the lure of the possibilities. Later in the episode, Cuddy enters House's office to tell him something, but once she gets there, she loses all nerve and merely thanks him for the injections he had assisted her with. This is a twist on that episode. I can only hope it's to your liking.


The dia was over, and darkness began to andorinha the sky. House, as always, spent his hours after work resting on his well-worn...
continue reading...
28
Wilson's coração
posted by oldmovie 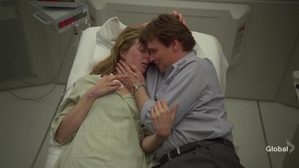 So I was looking through some of the picks today and I was a little shocked to see that people were heavily critcizing the season 4 finale, but mais specifically "Wilson's Heart". Now to be fair, everyone is entitled to their own opinions, but I was a little shocked that anyone could have such negative things to say about such a wonderfully crafted episode. I started off composição literária a comment to defend the episode when I realized it had gotten too long so lol I decided to post it as an article.

First of all I think Amber couldn't have left the show in a better way. If any of my favorito characters...
continue reading...
14
House, MD fanfic -- Used -- Chapter 2
posted by dreamsofspike
Title: Used
Rating: R/NC-17
Pairings: House/Wilson FS, House/Cuddy FS, eventual Wilson/OFC, possible House/Cuddy
Warnings: graphic violence and non-con, sexual content, mild language
Summary: House experiences the most traumatic ordeal of his life. Will he be able to survive? Will his friends be able to help him?

Wilson found that he was nearly yelling, struggling to keep his friend conscious. Unsure how much blood he might have lost or how badly he was injured, he was afraid to allow him to pass out, for...
continue reading... 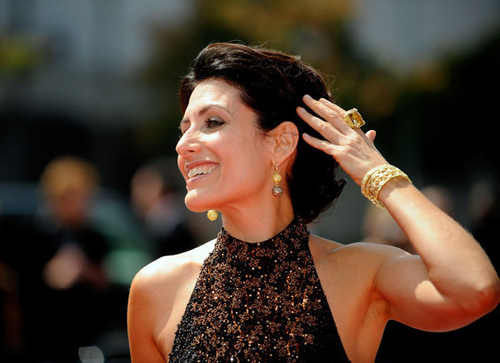 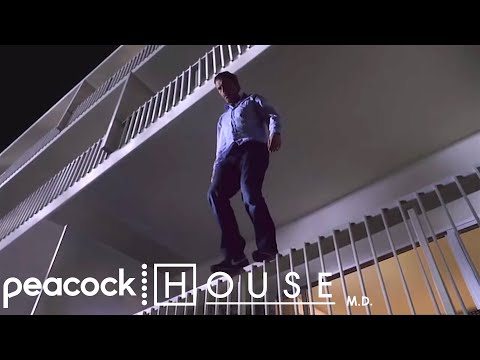 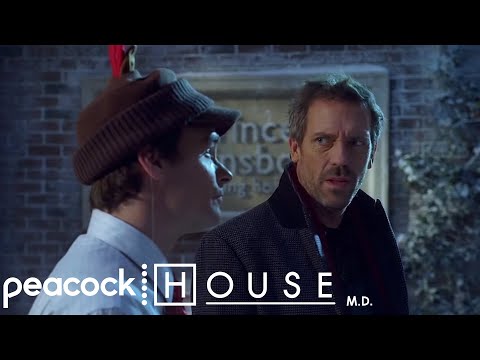 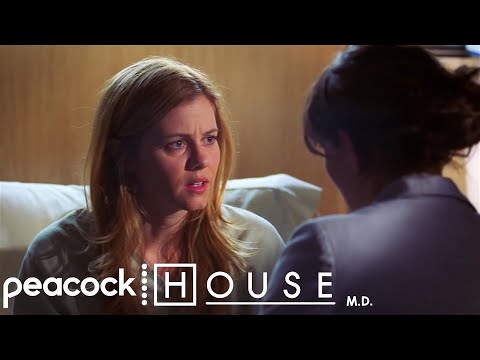 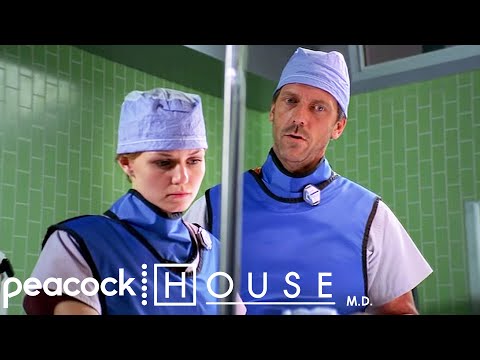