8
Holding On. Chapter 2! (changed its name)
posted by TheHiddenCane
Author’s Notes: por request; the segundo chapter of Holding On!

Still not sure about the lifespan of this thing… oh well: enjoy it while it’s there!

House was sitting on his cama with a vacant stare in his eyes… Wilson had thrown all the knives out and the gun had found its place in the trashcan as well, but none of it seemed to bother House: maybe he really wasn’t desperate…

‘No. He was… he tried to kill himself.’ And Wilson was still certain of that as he leant against the mural opposite to his seemingly suicidal friend:

House shrugged, indifferent to Wilson’s words and Wilson’s presence in the room.

“Look, House… you can’t do this. Why are you giving up like this?”

House turned to Wilson: pure fury was leaking out from his bright blue eyes:

“Giving up? I’m giving up!? You didn’t even try to get over this! You have always had every little thing going for you and the one time it goes wrong you pack up, leave… curl up and cry so that everybody can feel bad for pathetic little Jimmy and I’m giving up!? You don’t even know me! Do you even know how much shit I had to go through to end up like this!? It wasn’t a choice Wilson: I went down fighting! And you can’t do that, can you? You’re too weak. And:” House laughed bitterly: “Here you are, after thousands of lectures about humanity… and you still think you’re any better than me because I don’t enjoy being miserable as much as you do!?”

Wilson stayed silent… his eyes had widened, his fingers where clawing at the side of his camisa but he stayed silent: he knew there was a truth in House’s words… even if it didn’t sound as blunt as House did: that was just House and he came there to redefine what House was…

“You enjoy it, don’t you? Being the damaged one in front of all those chicks? Everyone treating you like a kid because they think they can fix you? Like an invalid… like you have treated me since the infarction? Like you’re treating me right now!? Sucks, right? You know what’s worse? One dia they won’t believe that you miss her… they’ll think it’s all between your ears! And then you’ll spring into action: then you’ll realize it sucks! And you’ll try to convince them, ‘cause you know it hurts… and you know what? They won’t give a fuck! ‘Cause it’s better for their state of mind if they have the stupid, little illusion that you’re even remotely alright! Oh wait: that isn’t your life… It’s mine! And I want you to get the fuck out of it! You were right, you know? We never really were friends… a friend wouldn’t have made me fight a losing battle just so he could feel better! And this? Your little heroic act? You know what you did? You kicked a cripple who was already down. Get out, Wilson.”

“So what, you can kill yourself? No, House… I’m a selfish, self-pitying bastard and I still can’t let you. I’m sorry about all the lectures… alright? And the pushing… but I wanted to help you!”

“Are you deaf!? Did you not see the gun? YOU CAN’T HELP ME!” House was panting… his middle-aged coração couldn’t harbor so much anger: he held his chest as it protested against his rage.

“House! Calm down… You’re going to… kill yourself.” Wilson sighed: the ghost of a smile appeared on his face.

“That was the objective, yes. Just let me do this, Wilson…”

Sensing less anger from House, Wilson left his spot por the mural and sat on the cama seguinte to House:

“No, House… I didn’t mean to hurt you… but I couldn’t let you do it and I still can’t. I know it’s easier, I know you just want to leave but I can’t let you… and I won’t leave either, I’m sorry,”

“Wilson for god sake why do you want me to be in pain!”

“I don’t. I want you to be alive.” Wilson looked House straight in the eyes: he meant this. He wanted House to know he meant it.

“You don’t get it… you really don’t get it: the pain is going to be there forever… if I’m alive, I’m in pain… it’s that simple. And you can whine about me being horribly depressed and all but go figure.”

“I know…” Wilson sighed. “But death can’t be the answer.”

“I’m unorthodox, remember? I get the respostas no one else can get: death is my answer. You can live through that… I obviously can’t.”

“In another city, with another job. You’re going to have to leave eventually… and so do I.”

“In twenty years maybe… 25 tops. And I’m staying: not eating would be too damn attractive without my lunch being there.”

With that, House laid down on his good side and waited for sleep to come and for Wilson to get the message.

He did, but sleep didn’t come.

And somehow… the fact that his sofá wasn’t empty was comforting.

House didn’t dream at all… but the sound of a gunshot resounded in his skull.

Author’s Notes: some of my stories have a lack of dialogue… so I fixed that. Should I still go on?

Please comment!
anaperez007, kathiria82 and 6 others like this
adyingsomething Yes you should go on. This is a great story.
18
WW[H]D
posted by jameswilson
What would House do?
It's an interesting pergunta to ask yourself now and then, especially when you come upon a challenging decision.
At first it kind of seems like a ridiculous concept because House's decisions are rarely acceptable right away, if at all.
But if you think about it, it actually makes a lot of sense.
Because the bottom line is, House stands up for whatever he thinks as right - thinking like that can really help you feel better about and stand up for yourself; and it can help you figure out what's right for you if you aren't sure.
House doesn't ever doubt himself, and he never just...
continue reading... 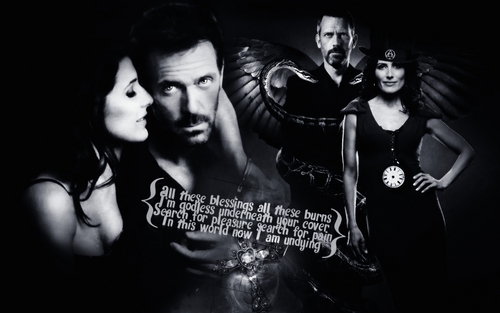 3
Huddy
added by caramelmilk
Source: me 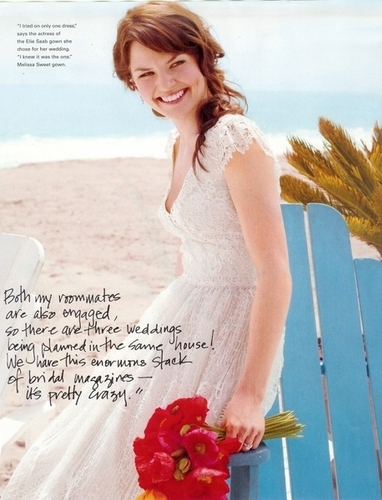 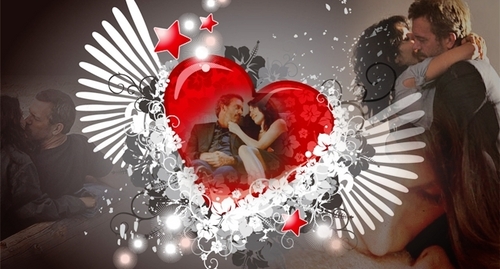 18
header
added by Olivine
Source: me 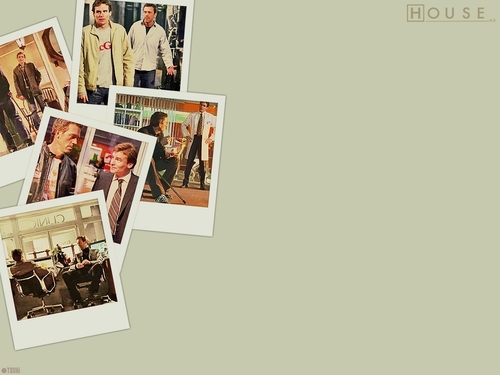 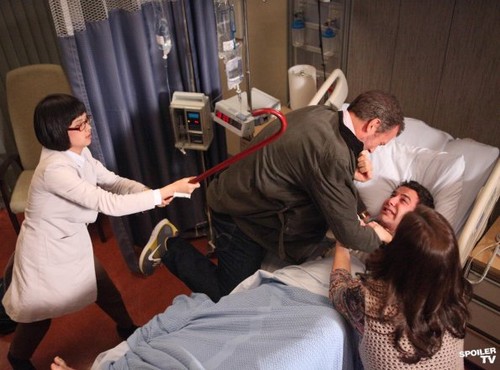 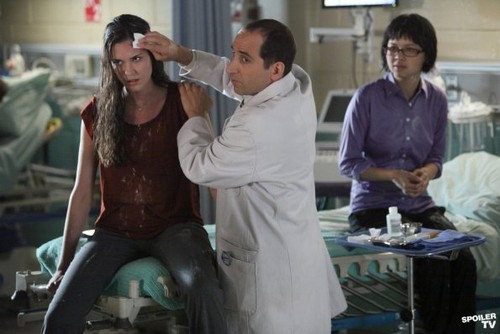 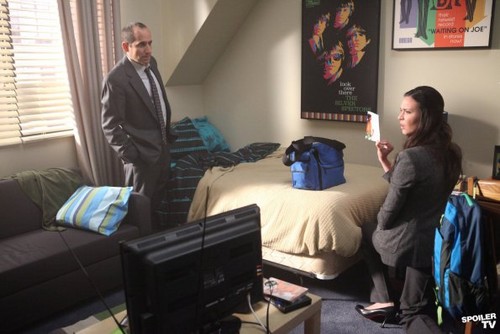 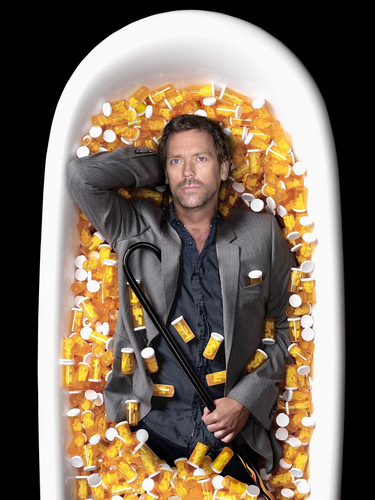 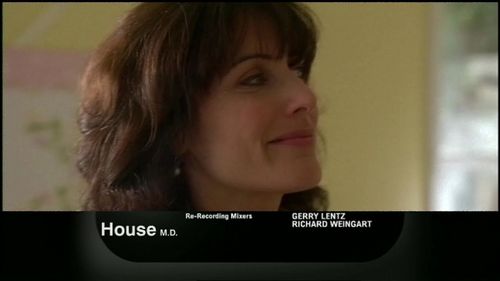 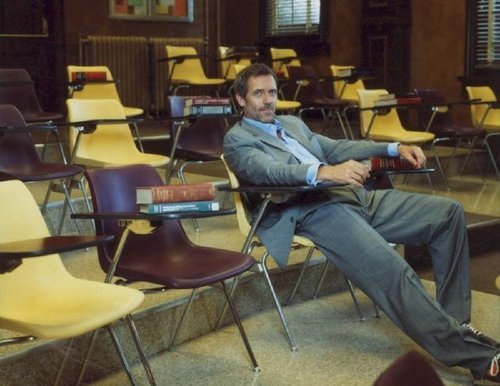 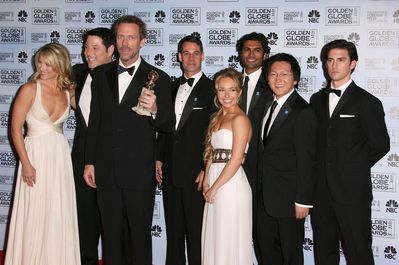 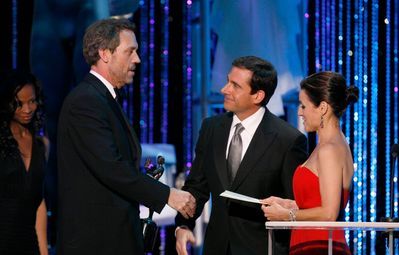 7
hugh laurie
added by tubby2002
1
It's About Time - Chapter Ten FINAL
posted by BeforeItWasCool
For the complete artigo visit: link

Okay, my loyal readers and those newbies to the group, here is the final chapter of my Fan-isode: It’s About Time. I have REALLY enjoyed composição literária this and it benefited me probably mais than all the readers because it helped to keep my thoughts of House, Cuddy, Wilson and gang alive for the summer. I know we have another 7 weeks so I am considering doing another one, but we’ll see what happens.

Now this being my version of a House episode I’ve done my best to keep this all In-Character and House-like, so much so in fact that I have even ended it with a...
continue reading...
3
It's About Time - Chapter Nine
posted by BeforeItWasCool
Latest chapter in the Fan-isode “It’s About Time.” For the complete story visit link .

Disclaimer: I don’t own House. David costa and raposa do. Dang it.


Cuddy had only talked with Jacob’s dad for a couple of minutos before she was sure that what had happened was all just a big mix-up. In fact, if blame had to be given it would fall also on Jacob’s mother’s shoulders. The father had expected the mom to pick up Jacob only 30 minutos after he had left Jacob sleeping peacefully in his bed. The next-door neighbor had left earlier...
continue reading...
2
It's About Time - Chapter Seven
posted by BeforeItWasCool
For the complete story visit:
link


Here is the new chapter of my fan-isode. Yes, I changed the name. Fan-isode flows better, I think. A word on the medical case in this: I’ve done some research on the medical aspects and although they’re fairly accurate don’t expect it to be terribly complicated. If you want better details on medical stuff you probably shouldn’t try to find it in fã Fiction. Just saying. I am trying to tie all aspects of this fanisode into one theme, like they do on the show. It’s WAY harder than you think. Also, this chapter is much longer than my average chapter,...
continue reading...
2
S1E07 Recap Spolier Alert
posted by DemzRulez
House Season 1 Episode 7: Fidelity

After a morning jog with his friend, a man named Ed returns início to find his spouse sick in bed. Elyce has remained there for days. At the hospital, Cameron tells House that the patient has been sleeping 18 hours a day, but the tests don't reveal anything.

House and his team go through the possibilities -- Depression? Parasites? House orders new blood work and another MRI. After mais testing, Elyce is told that there is no answer to her neurological problems. She goes into seizures.