2
Which Hero are yu?? Take the teste and find out...
posted by Miss_Dreamer
Answer the following questions, then simply tally your scores (under questions) and see which hero you are......

Which hero are you??

1. One Morning you wake up with super powers. How do you react??
a)Jump for joy and pnone all you friends and family
b)Burry your head in the sand and carry on as normal
c)Switch immediatly into hero mode and test out your newfound powers
d)Panic or cry (probally both)
e)Devise a plan to make all your wildest dreams come true

2. What would be your ideal super power?
a)Telapathy
b)Being able to fly
c)HAving super strenght or super speed
d)Being able to see into the future...
continue reading...
How does Sylars power work??
posted by Miss_Dreamer
Sylar's original ability is the power to determine exactly how things work. Sylar uses this innate ability to discover how to take the abilities of other evolved humans. He believes that Chandra Suresh is correct that the abilities are based in the brain, and several of Sylar's victims have had their skulls opened and brains removed. por studying their brains he is able to determine how their powers work and is able to replicate the abilities himself.

According to his assignment tracker file at primatechpaper.com, Sylar's control index is 76%. His data analysis shows his biological level at 40, cerebral at 85, elemental at 45, and temporal/spatial at 20. 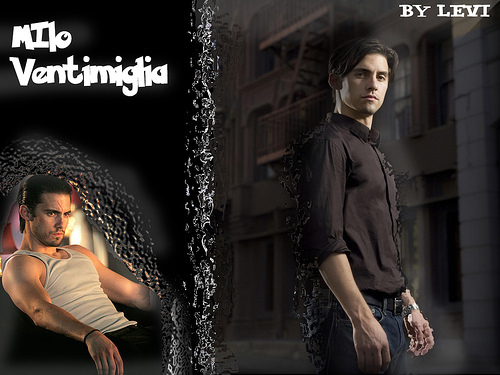 
-On the cover of the Isaac Mendez-drawn comic book 9th Wonders!, where hiro cheers his teeportation to New York, "yatta!")
(Don't look back)

-On the map in Chandra Suresh's apartment
(Various episodes)

-On the sketch Peter draws in hospital
(Dont look back)

-In a crime swimming pool that Matt Parkman investigates.
(Don't look back)

-On the cover of Chandra Suresh's book about genitics and superhuman abilities: Activating Evolution.
(Various Episodes)

-On the side of claires Geometry textbook
(One Giant Leap)-Drawn all over photo's and newspaper clippings...
continue reading...
3
Not lost in Translation
posted by Miss_Dreamer

Jack Coleman
Contray to rumour, Coleman did not know what he was aying in the scenes between H.R.G and George Takei's Katio Nakamura in seasons one's company man.

"I unquestionably learned [the Japanese Dialogue] phonetically. But i also knew what i was saying to him and what he was saying back to me. George, who does speak Japenese was so accommodating and understanding- i had a two-and a-half page scene in Japenese! He's just handed baby Claire over to me and it's a big weighty scene. He was wonderful to work with. Also, i really realized- por working with him -what a wonderful actor he is. When i was saying 'I don't think i'll be a good father,' and he's saying 'I'm not asking you; your taking her, this is what your doing,' he has tremendous authority."

H.R.G (the man with the horn rimmed glasses)

I got this information from The heroes Official Magazine, issue six, "Bad Dad".

Yaeko
According to the heroes Official Magazine Yaeko and Hiro are set to meet in Season 3......


In a unexpected development,Hiro's historical squeeze Yaeko is set to bend the space/time continuum and cadastrar-se him in the modern dia america in season 3.

"I am going to be in the present,Yes" actress Eriko Tamura said in a interview with Sci Fi wire. "i actually had a few episodes of the script but suddenly the strike happened, so we had to stop shooting" 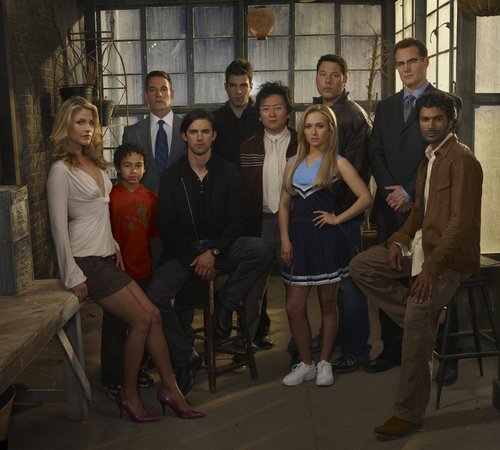 Hayden has just released her first single, Reggae-Flavoured "Wake Up Call".
The song will be appearing in adverts for Candie's Shoes and will appear on Haydens still-untitled debut album which is slated for realease in 2009.
According to Hollywood records senior VP of marketing Ken Bunt "We had to work within her crazy schedule to determine which direction she wants to go with her music".
The song was written por Andreas "Quiz" Romdhane and Josef Larossi, who have previously written tracks for Geri Halliwell Diana Ross, Il Divo, and Westlife.