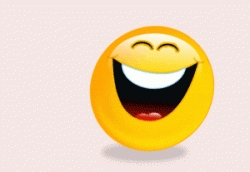 a smiley face laughing
Valeria:Okay y'll here we are with another story of mine but this time it won't be about a story , it'll be three vídeos of funny moments from three famous t.v shows now please welcome our audience hercules and meg.

Meg:We're happy to be here ,but really the only audience is just me and hercules ? we're only two people valeria not exactly a full house.

Valeria:I know that and besides me and the girls are watching too so there'll be three mais audience so that makes 5 of us.

Saurice:And don't worry meg and hercules helia and flora are coming too , so that means there'll be a bit mais audience rather than just 5 people

Hercules:Cool cause , I can't wait to see the videos.

Valeria:Trust me your gonna crack up so-

Valeria:(covers ears) How in the hell did he get in here ?

Hoopla fish:HOOPLA! HOOPL-(gets hit on the head por the brick)

Valeria:What ? he was getting annoying and you were the once that told me to make him stop weren't you sierra ? (glares at sierra)

Harold:It's on the back MADAME FORTRESS MOMMY!!!

Helga:(flips over the back of the paper) oh.

Helga:Out of my way, i'm a certified cpu coming through. (kicks harold's ass)

Helga:Okay what monkey boy here is trying to say that eugene couldv'e pulled the fogo alarm.

Young harold:What's the "g" stand for ?

Young helga:that's known of your beeswax now get busy with your painting before i make you wear it. (puts purple paint on harold's nose)

Harold:(on the phone) hello ? mommy it's me harold.

Harold:(hangs up phone) I dialed the wrong number.

Helga:(facepalms) great, just great you don't even know your own phone number.

Harold:Listen helga i been dreaming about this field trip since kindergarden and i'm planning on having the best dia of my life , so stay out of way madame fortress mommy !!!

Hercules:HAHAHAHAHAHAH WHOOO!!! that was funny (wipes a tear)

Hercules:By the way what does "madame fortress mommy mean anyways ?

Sierra:(Mimics unknown guy) i never heard of you don't call me again! HAHAHAHAAH!!!!

Valeria:(wipes a tear) *sighs* I don't know maybe it's like a kid's pun or something.

Sierra:Well i think it means to be bossy.

Meg:Hey can we press for an instant replay on the flic ?

After 10 minutos of laughing hystercially

The five decided to take a little break.

Valeria:Okay everybody ready for the seguinte flic ?

Flora:We had to water the plants they need their needed special care.

Saurice:you made it just in time.

Doodlebob:(draws a bowling bowling ball and rolls it over to patrick)

Patrick:YYAAAAAA!!!! (gets hit por bowling ball and turns into mulitpe bowling pins and gets hit twice)

Spongebob:(Iin the shape of texas) patrick what am i now ?

Squidward:(covers patrick's mouth) alright i heard enough you got the job.

After five mintues of coughing really hard and drinking water

Valeria:WHOO!!! that felt good now for our last flic of the dia the proud family!

Suga mama:(drops her teeth on a cup of water)boy get that camera of me.
.
Oscar:(facing the camera to suga mama) shh, shh everbody be quiet i got a video of the legenardy big foot.

Suga mama:i got your big foot alright (lifts foot and kicks the camera)

Trudy:(carrying bebe & cece) get up oscar we have to take the twins to the zoo.


*Suga mama tries to soco him but misses*

Suga mama:hey oscar get a shot of this (wears short rosa, -de-rosa t-shirt and short shorts)

Trudy:what's wrong baby did you break your camera ?

Oscar:trudy the only reason we came here to pet an old goat we couldv,e stayed início and petted suga mama's head ha ha!!

Oscar:just give me the balloons!!

Suga mama:son you don't want me to give theses balloons.

Suga mama:whatever you say son i hope you enjoy your trip (gives the balloons to oscar)

Oscar:(grabs balloon from suga mama) what trip? (balloons lift him up in the air)BABABABABNANBBBAAAHH!!!!!

Meg:HAHAHAH i amor the part where suga mam wore that rosa, -de-rosa bathing suit then oscar saw her and his eyes broke in pieces!!I
HAHAHAAHAH!!!!

Sierra:and the part where suga mama gave oscar the balloons and flew up in the air!!
HAHAHAHAHH that was fun-nay!


Rewinds flic after 5 minutos of laughing , crying and coughing the gang decided to take a break from watching the funny flics

Valeria:(horesly voice) i don't know about y'll but those were the best flics i ever saw.

Saurice:(horesly voice)that was a good laugh but now what guys?

Hercules:(horesly voice)how about we got to boomers and grab some pizza?

Flora:(horesly voice)i'll go anywhere you go helia except for the boy's bathroom though.

Saurice:who's turning off the lights

Sierra:i'll do it *turns the on swith off *

Everybody:(horesly voice)good bye and thank you fro laughing with us and watching the flic with us there'll be a part 2 soon so stay tuned.
THE END

the gang laughing their heads off
PrincessMeghna likes this 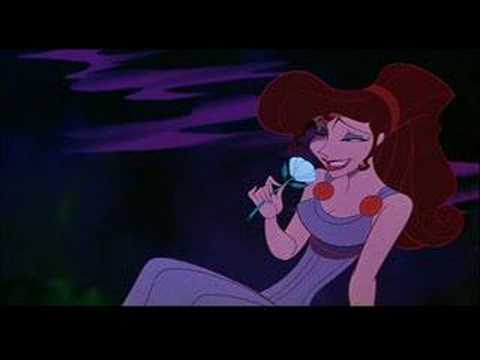 hercules and meg
added by MJ_Fan_4Life007 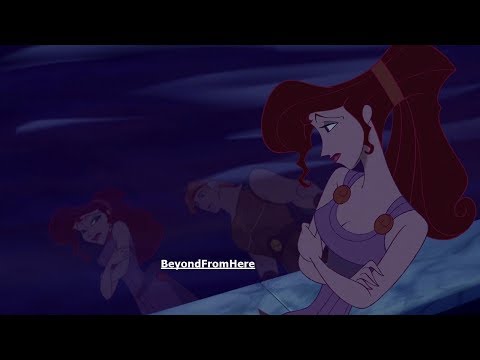 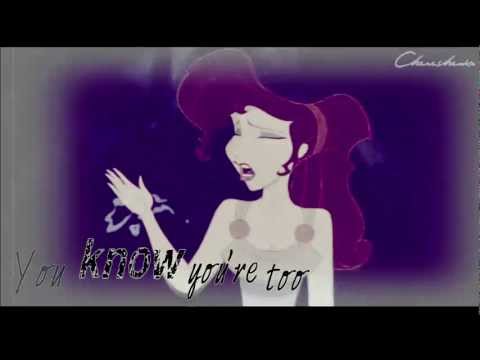 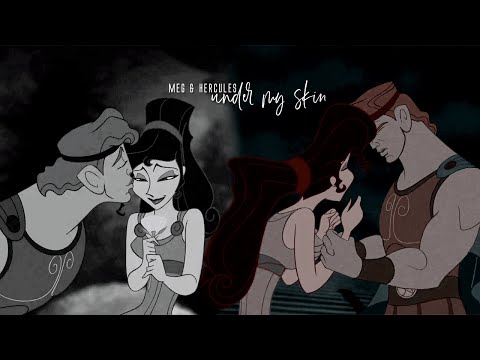 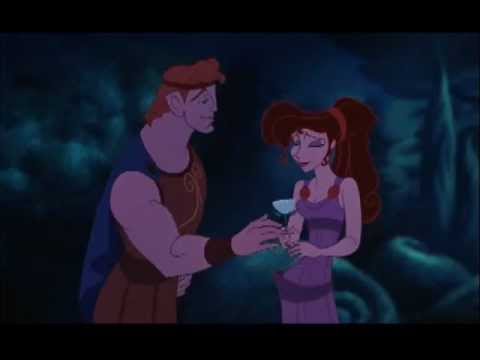 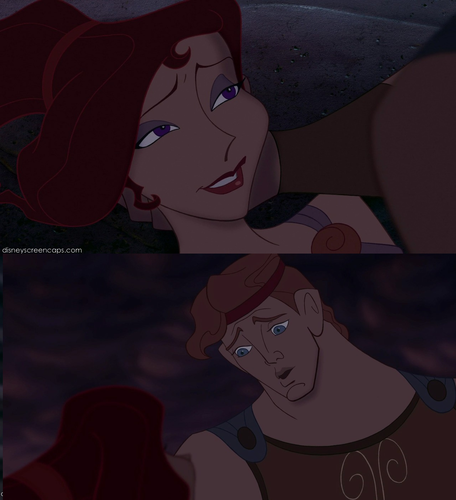 hercules and meg
added by MJ_Fan_4Life007

Don't feel so Lonely
added by Purple0ctopus
Source: disneycreencaps.com
1
Hey!! Check out this song~~~ I WON'T SAY~~~~
posted by PrincessMeghna 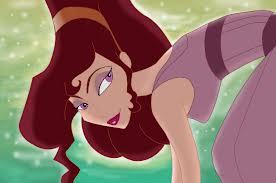 MEG:
If there's a prize for rotten judgement
I guess I've already won that
No man is worth the aggravation
That's ancient history, been there, done that!

MUSES:
Who'd'ya think you're kiddin'
He's the Earth and heaven to you
Try to keep it hidden
Honey, we can see right through you
Girl, ya can't conceal it
We know how ya feel and
Who you're thinking of

MUSES:
You swoon, you sigh
why deny it, uh-oh

MEG:
It's too cliche
I won't say I'm in love

I thought my coração had learned its lesson
It feels so good when you start out
My head is screaming get a grip, girl...
continue reading... 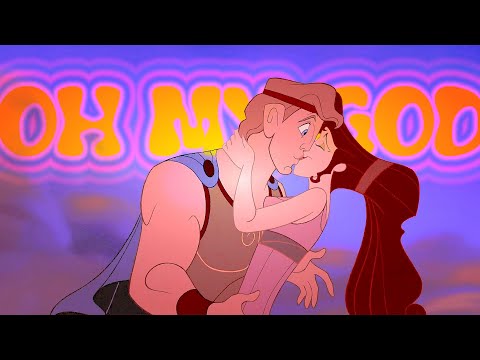 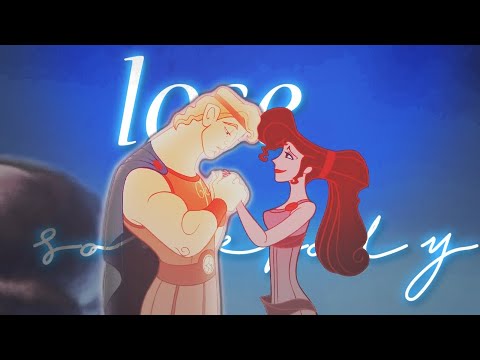 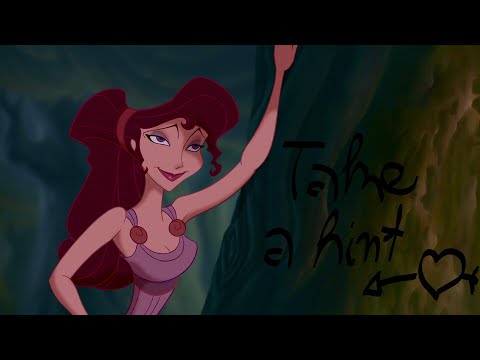 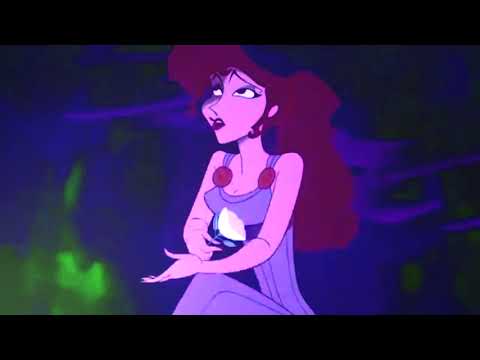 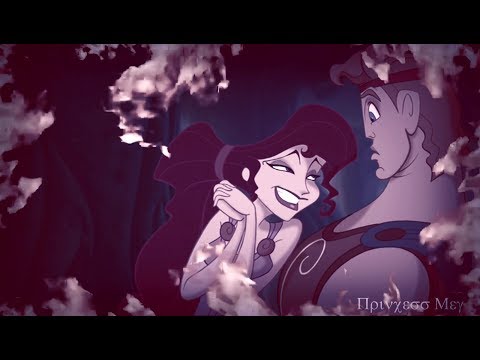 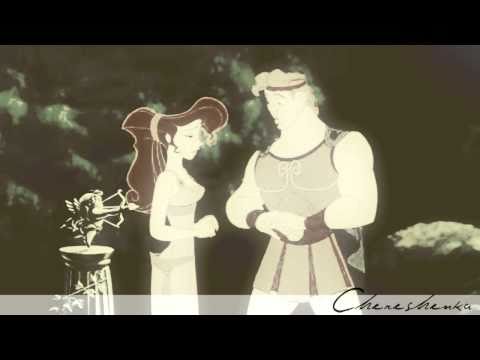