A Brother's Loss
posted by tyranitarfan
The evil Adam looked on in mild surprise.
The destruction he had caused, its results were far better than he had expected. People were panicking all over the earth. He was successful. He would win. The Z-warriors were helpless. They had little time left to live. He could not imagine how they would stop him.
He gave a big laugh and then took flight to his hideout.
Vegeta and goku trained hard between themselves. The other Z-warriors were busy too. But the best thing was about the location of their training.
Clinton X had arranged for a hyperbolic time chamber. This one was very different from Piccolo’s though. Over here one dia was equal to two years. They could train for two days only in a row; they could return after a break of one day. And the best thing about this place was that their ages didn’t increase or decrease in the time chamber. They were the same age as they were when they entered the chamber.
004 had himself trained a lot here and was again stronger than any of them. He was going to help the Z-warriors in their battle against Adam. Shivam and Shiva had joined forces against him too. The training was so fierce that all of them felt as if they were really fighting Adam. goku measured his power level. It had risen por eight times. It was the same case with Vegeta too.
“We have one mais dia Vegeta,” goku said as he gulped down some water. “I know Kakarot. And the whole planet’s life depends on this one day. Have you told Adam that we’ll battle him tomorrow?” “Um no,” goku replied. “He has to be informed Goku!” Trunks said, “Otherwise he might wipe down the population in this one day!” “Who will tell him?” goku asked as he remembered Adam’s chi blast.
“I’ll go and face him,” Adam said.
The three saiyans looked at him sharply. “I’ll tell him not to harm anyone. I think he will listen to me.” “Give it a try,” goku said. Adam nodded and then took off. goku looked after him uneasily then sighed and caught up with him.
“Let’s go together,” he said. Adam smiled at him. They were flying towards the evil Adam. Somehow the good Adam knew where he was. Goku’s eyes fell on somebody. He stopped. “Wait Adam!” he said. He came to a halt and looked at him quizzically.
A very familiar person joined them. “Hi you both! I’ve heard from Shivam that you guys here are in some big problem. What is it?” “Oh Horizon! It’s good to see you!” Adam said. “Nothing’s good here my friend,” goku said and started his story. “Whoa!” Horizon said, “You are in a major fix. And you didn’t think of telling me!” goku blushed. “Sorry Horizon,” he said. “But why are you here?” Adam asked. “I’m looking for Mimito. I know she’s somewhere here but…”
They took off together towards evil Adam, Horizon looking out for his sister. He soon found her.
“NOOO!!!” he cried as he rushed over to her. goku saw the evil Adam there, smiling, but hurt, very hurt. Horizon fell to his knees. There had been a battle between Mimito and Adam. It had been fierce but in the end the princess lost. Tears welled up in Horizon’s eyes as he realized that he had come too late, that Adam had killed her already. He cuddled his sister’s dead body in his arms as tears fell down on her face.
He rose to face evil Adam.
“You will pay for this!” Horizon cried angrily. Evil Adam laughed. “Really? How, may I ask?” Horizon drew his sword. “No Horizon!” goku said, “We have to battle him tomorrow. And you are not strong enough to take on him!” “He’s right…” Adam said. “Tomorrow will be too late Goku. He’ll face me now and I’ll rip him apart!” He raised his sword and ran towards evil Adam.
“NOO!!” goku cried. But the battle had started. But goku knew that Horizon would never win. He just prayed that he would live. He turned towards Mimito’s corpse. Tears welled in his eyes too. He respected the princess a lot, maybe mais than any other person he knew. It was sad to see her dead.
“Martyr,” he thought. He sighed as he towards Horizon. He was losing. goku had no choice. With a cry he threw himself in the battle. Who would win? A merciless monster or a brother who has suffered his greatest loss? We’ll see.
tyranitarfan it was painful for me to write about Mimito's death as she is my favorite character among all those that I've created. i just wish she gets justice.
rileyferguson Aww no. Mimito's dead. She was a good character too. Let's hope Adam can be killed and Mimito can come back with the Dragon Balls. Very Sad
tyranitarfan yeah i hope so too.
rileyferguson Agreed 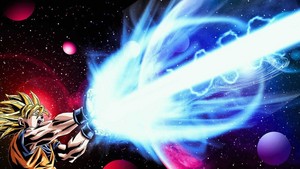 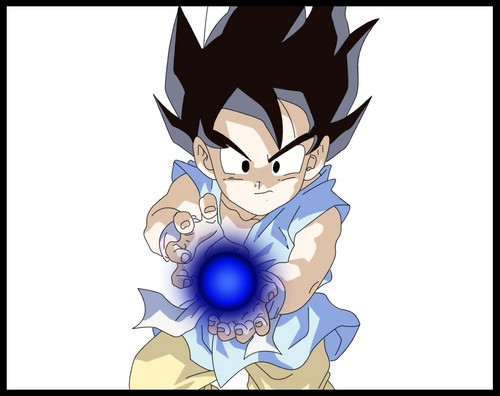 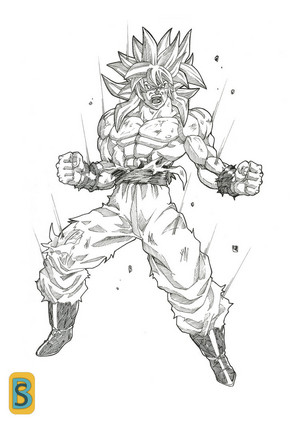 2
goku fã art
added by vegeta007
Source: To all artists 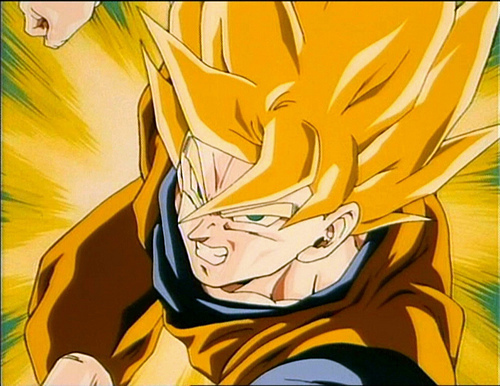 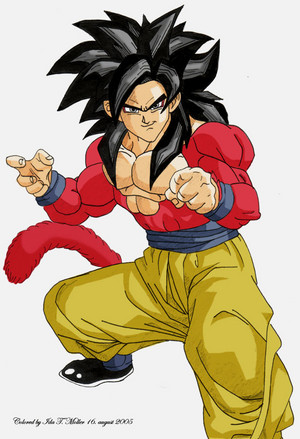 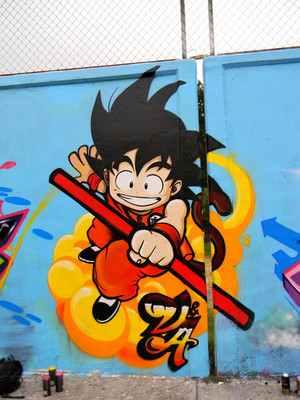 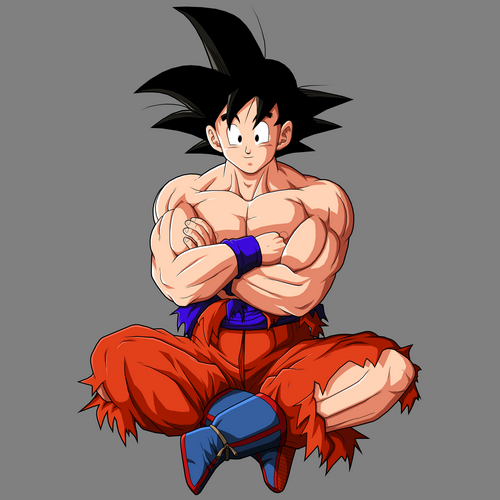 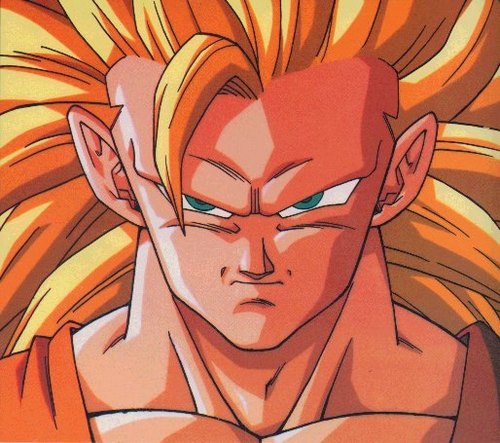 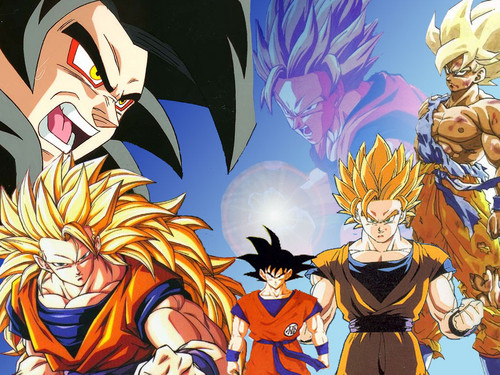