2.) When Anna and Kristoff are thrown down the stairs por Marshmallow, Anna's hat is missing. Her hat is back on her head in the seguinte shot.

4.) In the climactic scene where Prince Hans confronts Elsa, he is not wearing his sword. The sound of his sword being drawn is heard while Anna is on screen, and when Hans reappears he has his sword in hand but still no scabbard. (Contrast this to the assault on the ice castelo where sword and bainha are clearly visible.)

5.) When Anna and Kristoff are being chased por lobos on the sled, Anna uses a fire-torch to set a blanket on fire, she then drops the torch and it disappears.

6.) When Prince Hans is encountering marshmallow for the first time, the two Gendarmes are tossed against a snow bank after they both fogo their crossbows. As they are recovering, they collect themselves and you can see the crossbows on the ground, but no bolts, as one of them spots the queen running up the stairs. In the seguinte shot a bolt appears under the Gendarmes as he picks it up and chases after the queen.

7.) When Kristoff & Sven have left Anna at the castelo and go back to the mountain, they're stepping in the snow (leaving footprints). When the nuvem appears over the castelo and they return, there are no signs of their footprints.

8.) Anna walks a few feet to put Olaf's head back the right way on his body. After she does this, she is back to the position she started in and Olaf has moved between Anna and Kristoff.

9.) During Elsa's part in the musical number "For the First Time in Forever" she takes off her gloves and grabs a jewelry box and a candlestick in her bare hands in practice for the coronation ceremony. As the two items start to freeze she quickly puts them back again on the furniture and there is frost still visible on them. During the actual coronation, the same thing happens with the orb and scepter she holds in her hands, but when she drops them back on the cushion, they're briefly visible and there's no frost on them.

10.) When Anna and Kristoff are in the sled on the way to the North Mountain, Kristoff asks her, "Didn't your parents ever warn you about strangers?" Anna replies, "Yes, they did." and moves over. The camera then focuses on Kristoff and then both of them. Anna is then shown in her original position.

11.) Before Anna starts cantar "For the First Time in Forever (Reprise)" in Elsa's castle, Olaf is present beside her on the staircase. However as she starts ascending the stairs Olaf is nowhere to be seen.

12.) After Olaf's song ("In Summer") Hans hands a bunch of cloaks and warm clothes to a guard back in Arendelle to be given away. After he threatens the Duke of Weselton, Anna's horse returns to the castelo and startles the same guard who drops the clothes. The camera then moves to a medium shot of Hans calming down the horse, and then returns to a full shot of Hans, the Duke and some villagers and the clothes the guard dropped disappear for the remainder of the scene.

13.) After Olaf informs Anna and Kristoff about a staircase to Elsa's ice palace, the skin on Anna's leg above her boot is visible as she exclaims her gratefulness. When she falls down and Kristoff catches her, her leg is visible again, this time however in the same aforesaid area her skin is replaced with a stocking. 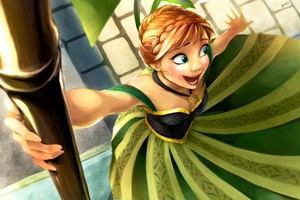 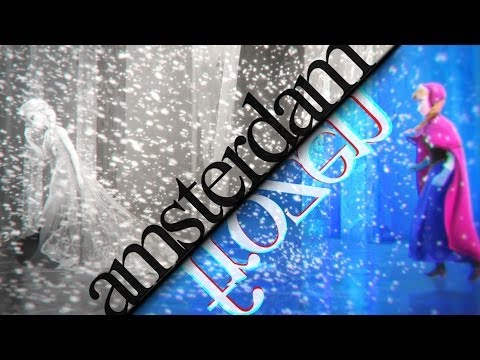 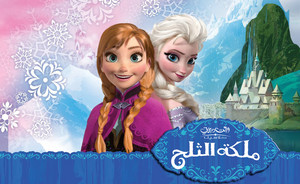 That perfect girl is gone
added by PrincessFairy
Source: http://mockingdream.tumblr.com/post/73419823938/that-perfect-girl-is-gone 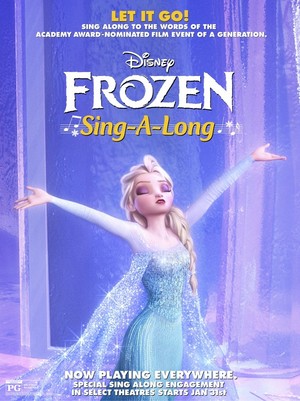 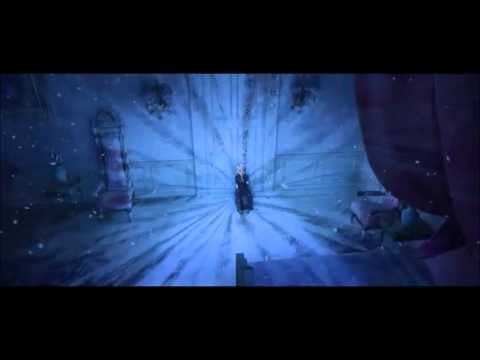