Hello!
posted by DiscoWolf259
oi everyone. Kira and Kania are together I guess. Since I like to be called Kania, I would like to be Kania the horse. And I will add a lone male wolf, less than 4 years old. His name is Kenna, or nicknamed Konny. No one wants to be friends or hang out with him. Not even other lobos will howl at night with him.

I will add another creature, but it's a secret animal, which means no one knows what animal it is, what gender, or even its name. It is known as the "Dark Animal" . Everyone calls it The Dark Animal, since they don't know its real name.

In my seguinte article, Konny will go on a jourrny to find out who The Dark Animal really is. In the world where everyone lives, I'll be known as Kania the horse, that character who loves Kira. I'll be back again!!
2
animais And fantasia
posted by vider69 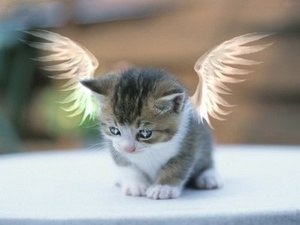 I know I said that I wouldn't create another spot for at least six months, but I've given up on that idea, because when a topic arises that I like and I think that I am up to it that's when I'll create another spot.
Inspired por a fã pick pergunta in the 'Fanpop' spot which was 'What spot would you like to see created immediately?' I thought of fantasia and animals, I even added my answer as fantasia animais but after a week or so no one had taken it on, so I created spot number twenty two, 'Fantasy Animals'.
It will be a bit complicated as most fantasia creatures are limited to unicórnios and the...
continue reading...
3
The Mystical Animal With In You
posted by Icestorm727
CHAPTER ONE!: Kira weaved swiftly through the other cavalos to reach his friends Kania, Hiram, and Miskito. "Hi Kira!" Kania said sweetly. "Where have you been? I was.. I mean we were worried you were caught por humans!" "Yeah. You need to tell us where you go now your parents aren't here." said Hiram. Kira's parents had abandoned him and left the herd to the rival herd when he was too young. Miskito came and rubbed up against Hiram. "Now don't be harsh, Hiram." She said gently,"That was a long time ago. He was 9 weeks then. He is 1 ano now. Let it go." Miskito and Hiram were going to mate when it was breeding season. "Sorry Kira." apologized. "So wanna go eat?" Kania suggested. "Sure!" everyone agreed eagerly.
Kira had been thinking of a way to ask Kania to mate with him while they ate the lovely green grass. seguinte season was breeding season for all the young horses.
To Be Continued.
2
The Mystical Animal With In You
posted by Icestorm727
continued:
That night Kira dreamed of him as a Pegasus. And he had mated with Kania and there was 3 baby Pegasuses. He woke up with a jolt. "Oh it was just a dream." Kira said with relief.
The seguinte morning Kira went to the pond for a drink with Kania. It was clear Kania wanted to mate with Kira. It was the herd's code for the male to ask the female to mate. "Um Kania." Kira hesitated. "Yes Kira."Kania said with the pond reflecting in her eyes. "I was thinking we could um....Mate?" Kira studderd his sea blue eyes locking on Kania's shy black eyes. "Yes. I will." Kania said. Kira was giddy and relieved. Kira walked up and rubbed his cheek against Kania's. Kania rested her head on Kira's black back.
END OF CHAPTER!!!!!!!!!!!!!!!!!!!!!!!!!!!!!!!!!!
More Cards
1234567891011