1
Miley Opens Up
posted by JENlover108

Niley
After Years of saying Nick and her were Just Friends, she finally opens up. She says that they were really in love, and that still are. She tells Seveteen Magazine that Nick still loves her, but doesn't know it. She said that nick was her 24/7.
Here are some of the things she said about the breakup in the late 2007:
“I bawled for a mês straight. I was so sad. I just went into this weird funk. And I dyed my hair black. When we were dating, Nick wanted me to get highlights – and so I did that, and I got myself looking great. And then, on the dia we broke up, I was like, I want to make my hair black now – I don't want to look pretty; I want to look hard-core. I was rebelling against everything Nick wanted me to be. And then I was like, I've got to be por myself for now."
Why did Miley decide to opend up about this all of the sudden?? 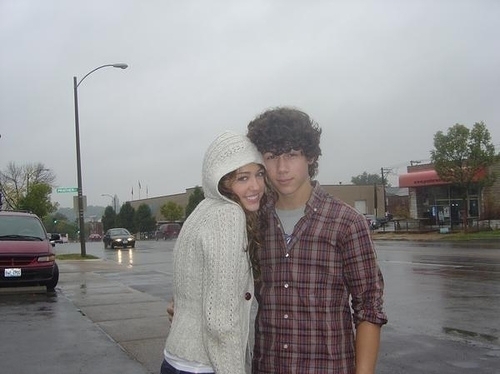