6
Why I Hate Naveen
posted by KataraLover 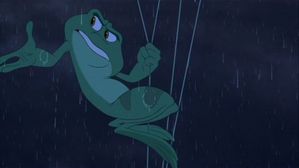 Just like the way princesslullaby made an arti about how she disliked Aladdin, I'm going to tell why I hate Naveen. First I'm going to say if your a fã of Naveen who's just going to cry about me hating on him just leave now. If you don't wanna hear it than don't read it. Secondly he's the animated character I hate the most of all animated characters. Anyway here's the article.

First off I'm annoyed por the fã girls I meet online(not just fanpop but other websites too). They're just in amor with him for some reason. Hello he's a womanizer! How can you amor that? Sure he's handsome but there's an expression called "beauty is only skin deep". I've even heard some people say they wouldn't like him as much if he wasn't a womanizer, what sense does that make? Do these girls want a man who would hurt them or something?

To his events in the movie. He treats everyone who is suppose to be his friends like garbage. First his servent(though not his friend) Lawence; he works his butt off for Naveen and he treats him horribily. He goes out of his way to find him and carries all of his bags but this whole time he's just making it harder for him because he's avoiding him on purpose. His life is already awful enough without Naveen making it worse! He could've cared if Lawence got hurt from getting stuck in the tuba. But did he? NO! It's his fault that he even became a bad guy in the first place. All he ever did was try to help him. He even helped when he was on the villians side, he felt bad for him when he was in the gar and opened the lip slightly. Wouldn't you go evil if you were in his situation. Plus when raio, ray was talking about how much he loved Evangeline he just said "Oh yes so sweet. Just don't settle down so soon. After all there are plenty of fireflies in the swamp." just because you plan to treat women like garbage doesn't mean everyone guy has to! Some actually have respect for women.

The way he treats women, well it's basically to him like if he get bored with one he just dumps her without a care in the world. Does he have no coração at all? Even when he knows he needs to get engaged with Charolotte so he can be rich again he just continues to flirt with 20 girls at a time. If anyone ever ask you what a word is for a boy slut it's "Naveen". I loved when Tiana rejected him and didn't fall for his looks. He can't go mais than five segundos without hitting on a pretty girl. He doesn't care about Charlotte, he only cared about her money. Not that she cared as long as she's a princess but I think she might care a little that he didn't even care about her.

Also I might be called a hypocrite for this because aladdin is my favorito disney prince but Naveen lies constantly. However aladdin only lies so that he can be with the girl he loves. How can you hate him for that? I figured girls would find that sweet that he felt that insecure. Anyway Naveen lies just for his own selfish gain. He lies to Tiana telling her that he can get her anything she wishes for. He knows he has no money and he can't get her anything! He actually has the gaul to call her a liar! He obviously had no intention on repaying her in the end.

He can't take responsibility for his own problems. All good characters like Ariel, Aladdin, Melody, Scamp, ect. realize they made mistakes, accept it, and try to fix it. However Naveen does nothing of the sort. All he does is blame Tiana for all of this happening! oi she's not the one who was stupid and made a deal with the shadow man! He just won't believe that this was all his fault, because it is! He doesn't do anything really to help, Tian is the one doing all the work. He basically lets others fix his mistakes and doesn't even try to help. I know Ariel didn't fix her mistakes but she at least tried, even though she wasn't much help. However Naveen doesn't even really try, in fact you might as well label him, damsel in distress. He doesn't learn anything from all of this at all in my opinion!

The only reason I think girls online(not just fanpop) like him at all is because of his looks. Obviously they haven't been paying too much attention to filmes like Beauty and The Beast and The Hunchback if Notre Dame. He maybe good looking on the outside but while he's handsome on the outside, on the inside I've never seen an uglier aniamted character in all my life(not counting villians of course). I was happy that he was a frog for most of the movie because he's ugly just like his personality. The only bad part is that he't not ugly enough, too bad he's not a creature who's as hideously ugly on the outside as he is on the inside. If it wasn't for his looks I will bet 100% that he would have 0 fans.

Plus I must add that he's an stupid and has an annoying voice. I realize the annoying voice has nothing to do with his personality but I named a lot of other things that make him an awful character, I think I can get away with it. Besides his speaking voice is annoying and his cantar voice makes my ears bleed! I normally don't use this language but Naveen is a total bastard! He's a terrible character and not worthy of someone as amazing a Tiana. I just wanna go into the movie and kill him! DIE! DIE! DIE! *FOAMS AT MOUTH* ...... haha sorry. But anyway in case you haven't noticed I hate Naveen and think he's an awful character.
lililc, dimitri_ and 4 others like this
END_OF_DOCUMENT_TOKEN_TO_BE_REPLACED
loading additional comments...
hisblueeyes We are taking cartoon characters, and literally dissecting them and taking out every flaw, and every mistake each and everyone of them has ever made. If we did this for all Disney characters, we'd ending up hating them all.
DreamyGal Yeah, it's actually like 60 degree here tonight, and I live in Florida...lol ;)
chesire ^lol I agree, we will never come to terms here. But it's fun to have some discussion around here. :P
KataraLover Oh please Aladdin at least tries to fix his mistakes while Naveen doesn't, he's like a guy version of a damsel in distress.
chesire haha we reached the second page already.
KataraLover Yeah let's just end this fight because no one will win
KataraLover Second page and it's only 2 days old cool
chesire haha awesome.
KataraLover Yeah
Mongoose09 wow so much hate for an animated character i'd hate to see your rants on real life people lol O_O
KataraLover Don't really have any people in real life I hate this much
Mongoose09 that's quite disturbing seeing as there's alot worse people in the world than a guy who's an animated frog for most of the movie
KataraLover Well there's one animated character worse than Naveen, Adonis from the Hercules TV series. Now that guy will make you wanna murder him, trust me!
Mongoose09 i just googled him and he's sexy
KataraLover The man is afraid of 3 star resturants
Mongoose09 that does not detract from his sexy face and pecs oh and not to mention the aurora-like hair, hot
KataraLover I think he's hideous
Mongoose09 :O how dare you insult my husband apologise to adonis and do so immediately because he's crying now
KataraLover He deserves it for making Meg sell her soul for him than leaving her
Mongoose09 true but he's still h-o-t
KataraLover -_-
princesslullaby omg mongoose why are you alive and not near me
KataraLover Maybe England won't let her leave the boarder
mongoose_lover I don't see why he's that bad. You're right about Lawrence. He seems more afraid of Dr. Facilier than evil himself. It does seem that he does kinda go bad when he grabs Naveen's blood near the end. However, I don't see why he's. I agree with you that Peter Pan is a creep, but don't see why you hate Naveen that much (it does seem like he's changed) or Tramp. If anything, Charles B. Barkin (All Dogs Go to Heaven series) seems more of a creep as he doesn't seem to have learned much after the end of the first movie and into the second one.
KataraLover I hate Tramp and Charlie too 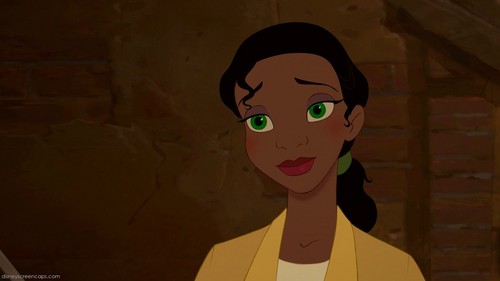 Tiana with green eyes
added by sweetie-94
Source: sweetie-94
7
My favorito disney Princesses.<3
posted by hisblueeyes
Since everyone has one of these, I decided to do one. Please comment & enjoy! (:


10. Aurora - Sleeping Beauty
Maybe its because she only has sixteen minutos of screen-time. Or maybe because she has no personality. Whichever reason, Aurora is just a boring amor crazed teenager whom I don't really care for. I do amor her movie though.

Pretty as a picture, sweeter than a swisher, mad cause I'm cuter than the girl thats with ya.


9. Pocahontas - Pocahontas
I used to amor Pocahontas, but after re-watching her movie a few times I found her to be a bit bland and...not very smart. I mean, it takes...
continue reading... 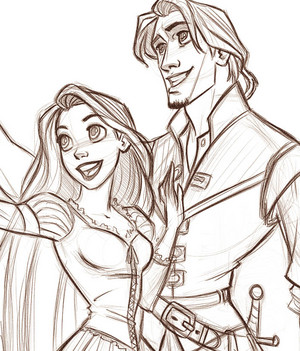 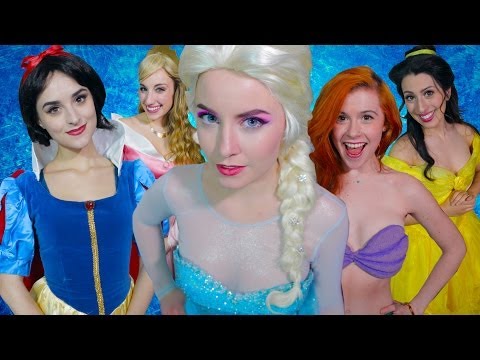 6
I Don't Need A Man
added by TigerRanma
Frozen's Elsa and the disney Princesses have had enough of being damsels in distress!
video
disney princesas
elsa
belle
ariel
cinderela
snow white
aurora
jasmim 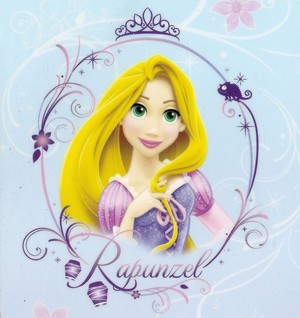 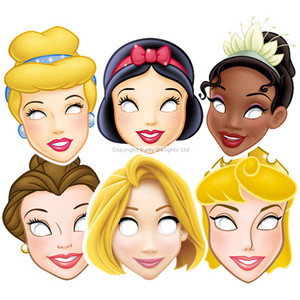 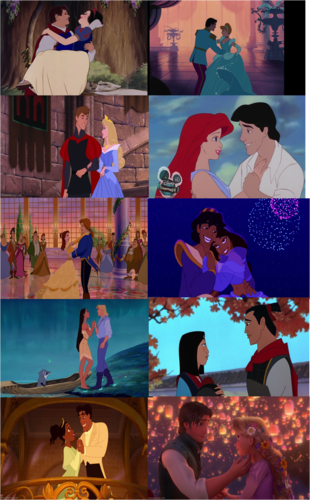 all princess
added by moulan
5
My favorito DP Homes
posted by starlight77
I once saw an artigo done on everyone's opinion of this and I thought it would be cool to write an artigo of my own. There is also a countdown going on about homes and there was one about favorito rooms and they inspired me to write this. So here's my topo, início ten favorito homes. 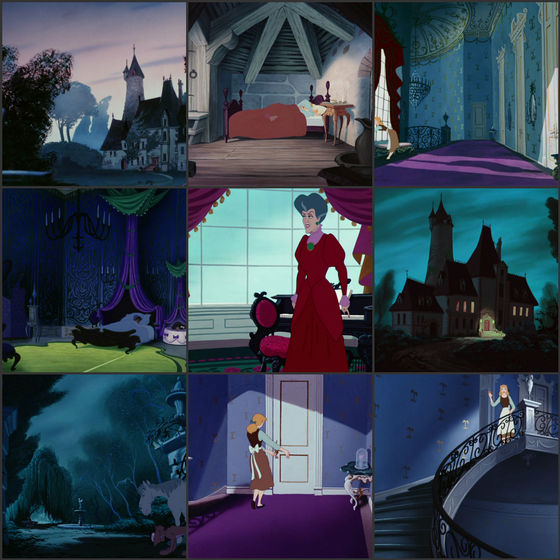 Many years ago, before cinderela was born and probably when she was probably very little, the mansion was a happy place where her father and her mother entertained the elite and lived in complete bliss. Everyone usually hates this house because it's associate with Lady Tremaine and it looks awful...
continue reading... 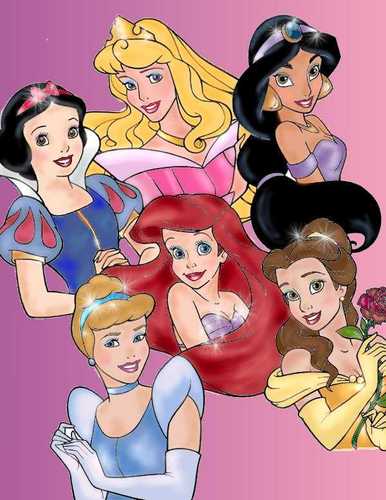 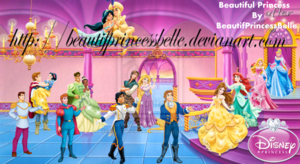 4
disney princesses royal ball with their princes
added by purplevampire
4
"Life's too short" (Out take from Frozen)
posted by Annabethandco
Originally, I was planning to write an artigo about all the out takes from Frozen - Uma Aventura Congelante and my opinions on them. However, I kinda promised that artigo to another user, so I'm just composição literária this about "Life's too short"
- Life's too short link 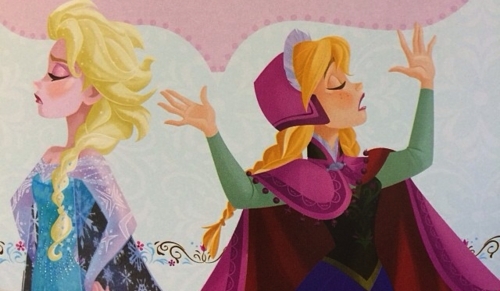 Lyrics:
Anna: I came all this way today to give us a fresh start
But now that you’re like wow it’s all like warm in my heart

Elsa: I'm so glad you like it sis 'cause this is the real me
You have no idea how great it feels to be free

Anna: We've been falling out for way too long, so let’s forget who’s right 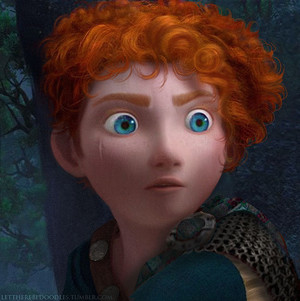 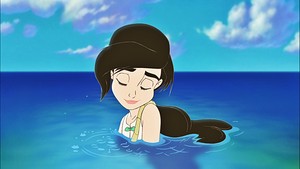 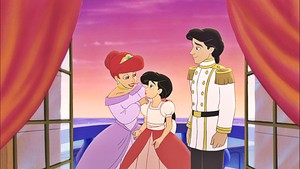 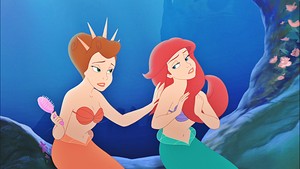 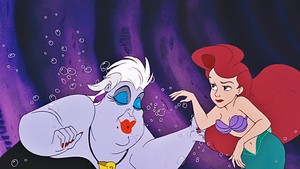