The Detective Boys (少年探偵団 Shōnen Tantei-dan?), also known as The Junior Detective League in the English adaption, are the pre-adolescent detectives with whom Conan solves the occasional crimes in which he and his Teitan Elementary classmates stumble into.

The Detective Boys were informally founded when Ayumi Yoshida and Genta Kojima decided to investigate a mansion which was once a murder site and had been abandoned. Conan and his classmate Mitsuhiko Tsuburaya were drafted into accompanying the two, and the foursome entered the house. In the course of this adventure, Conan found out that the house was still inhabited by the mother and son of the murder victim; the son had killed his father in a fit of rage over his abusive behavior, and his mother had subsequently locked her own son in a dungeon beneath the house to wait until the deed's time-bar had passed. After Conan succeeded in exposing the two, they were arrested and the case was resolved.

In time, the four kept stumbling into more and more criminal cases, which were resolved thanks to Conan's deductive skills and initiative. Particularly after the case involving a sizable cache of stolen Italian gold coins, Ayumi, Genta and Mitsuhiko developed a taste for detective work and impulsively decided to become investigators themselves, mostly for fame and glory. After advertising their services in school,[3] they have become actively involved in many criminal cases provided by their schoolmates, though more often than not they keep accidentally coming upon such during their free-time activities. Some time later, their new classmate (and former Black Organization member) Ai Haibara was drafted into the group. Two adults also joined this group informally, namely Professor Hiroshi Agasa, who provides the group with special gadgets to aid them in their adventures, and their class teacher Sumiko Kobayashi, a mystery novel enthusiast who proclaimed herself their manager.

In most cases, the Detective Boys act more like aides to Conan, who is the group's (mostly undisputed) leader due to his intelligence, extensive criminal knowledge and experience. In this role they function mostly as additional pairs of eyes who provide Conan with trivial-seeming but important clues, and display little investigative brilliance or determination of their own. As the series progresses, however, the other members, particularly Ai and Mitsuhiko, have demonstrated in some cases - especially where Conan is not present or out of commission - that the Detective Boys have the potential of becoming skilled investigators in their own right. Famous cases of such includ. 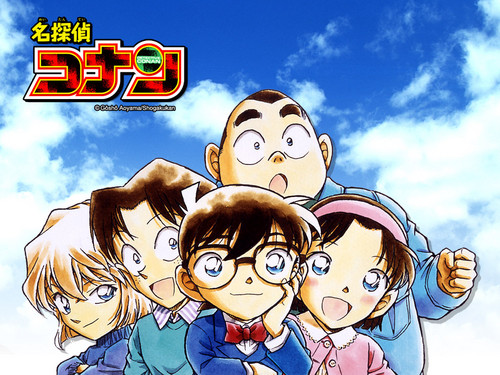