3
Who is Charlie Bewley?
posted by gossipgirlstar2 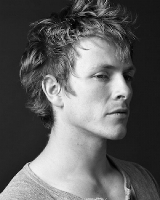 We all claim to amor mysterious men but when we are handed one we are baffled and trip over ourselves trying to figure them out. Case in point, The Twilight Saga: New Moon actor Charlie Bewley. Hollywood.com has an artigo up about the mysterious, ageless, storyless estrela who opens up about traveling to Italy and his views on Rob's Twilight fame.

On Italy: "Italy was a dream. Very surreal. I think everyone there, no matter who it was, Rob Pattinson, Kristen Stewart, [director] Chris Weitz or anyone else would say that it was an experience that they may never go through again. The hospitality of the whole thing, the way they treated us, the whole setting was so magnificent."

On Rob: "Rob, I feel sorry for him a little bit. I feel for him, because he’s like a paparazzi fugitive right now. He can’t leave his house. He’s the most photographed person in the world."
daphne_cullen, odekanmi and 1 other like this
ChloeXoO He plays Demtetri Volturi.... And One of the hottest men alive..

18
The prom HD
added by Seraphiene